As 2020 draws to a close, we look back on a year that has been nothing short of unusual. Despite the challenges, it has been a year for reflection, growth and innovation, and we believe there’s never been more reason to work toward a brighter future. In the face of a pandemic, like everyone, Project Seagrass has had to adapt, but we’ve tried to continue our work, planting the final seeds in the two hectares of seagrass that represents the UK’s largest restoration project to date and forming relationships with like minded causes to work collaboratively in the fight against climate change. 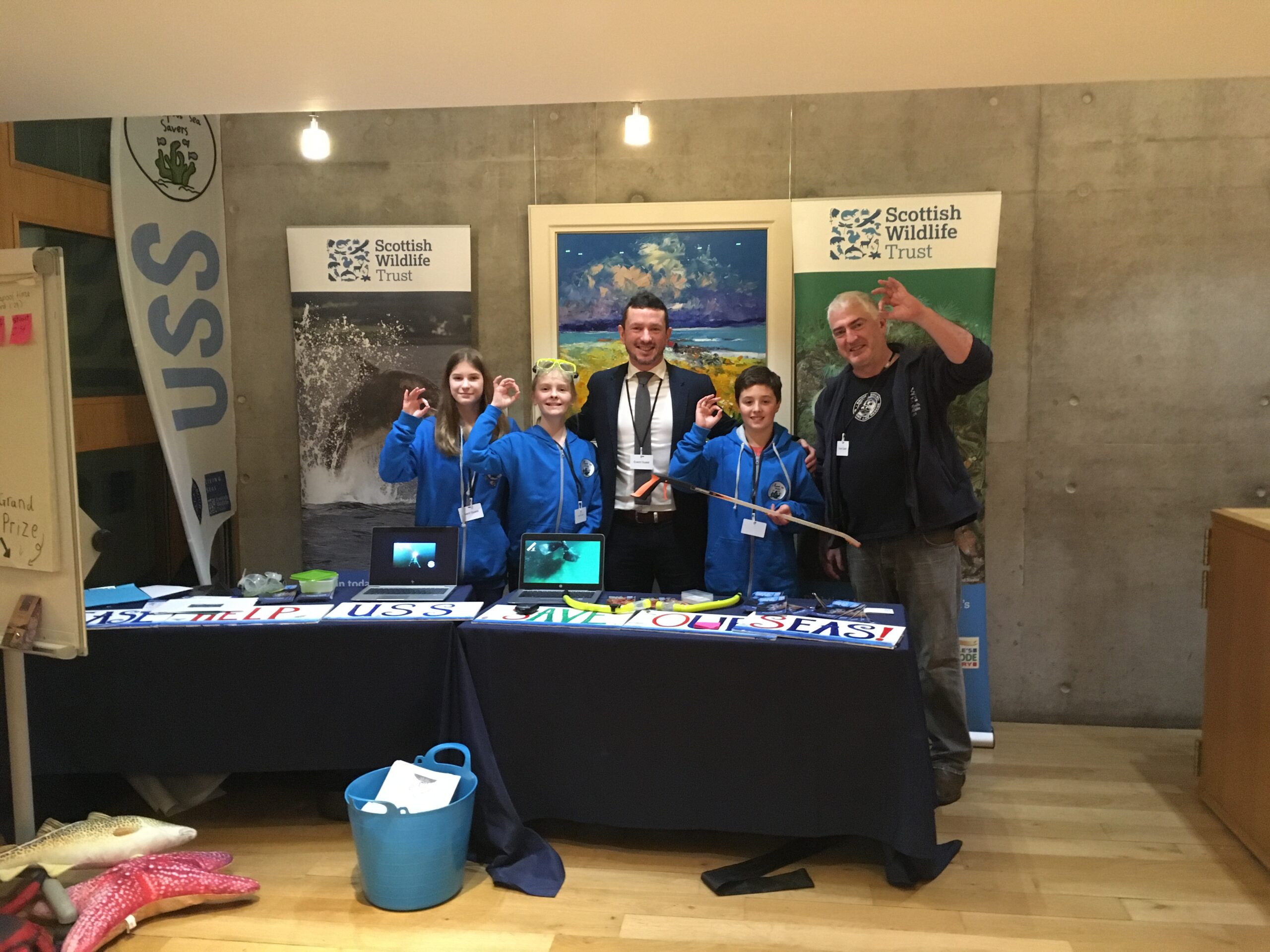 Director, Dr Richard Lilley (aka RJ), attended the Scottish Wildlife Trusts Living Seas Parliamentary event in Edinburgh. He discussed the importance of using accessible science to engage communities, the need for restoration and the benefits of collaborative seascape conservation.

We also began working with Emitwise to build a partnership, encouraging companies to make their first steps towards achieving net-zero emissions. 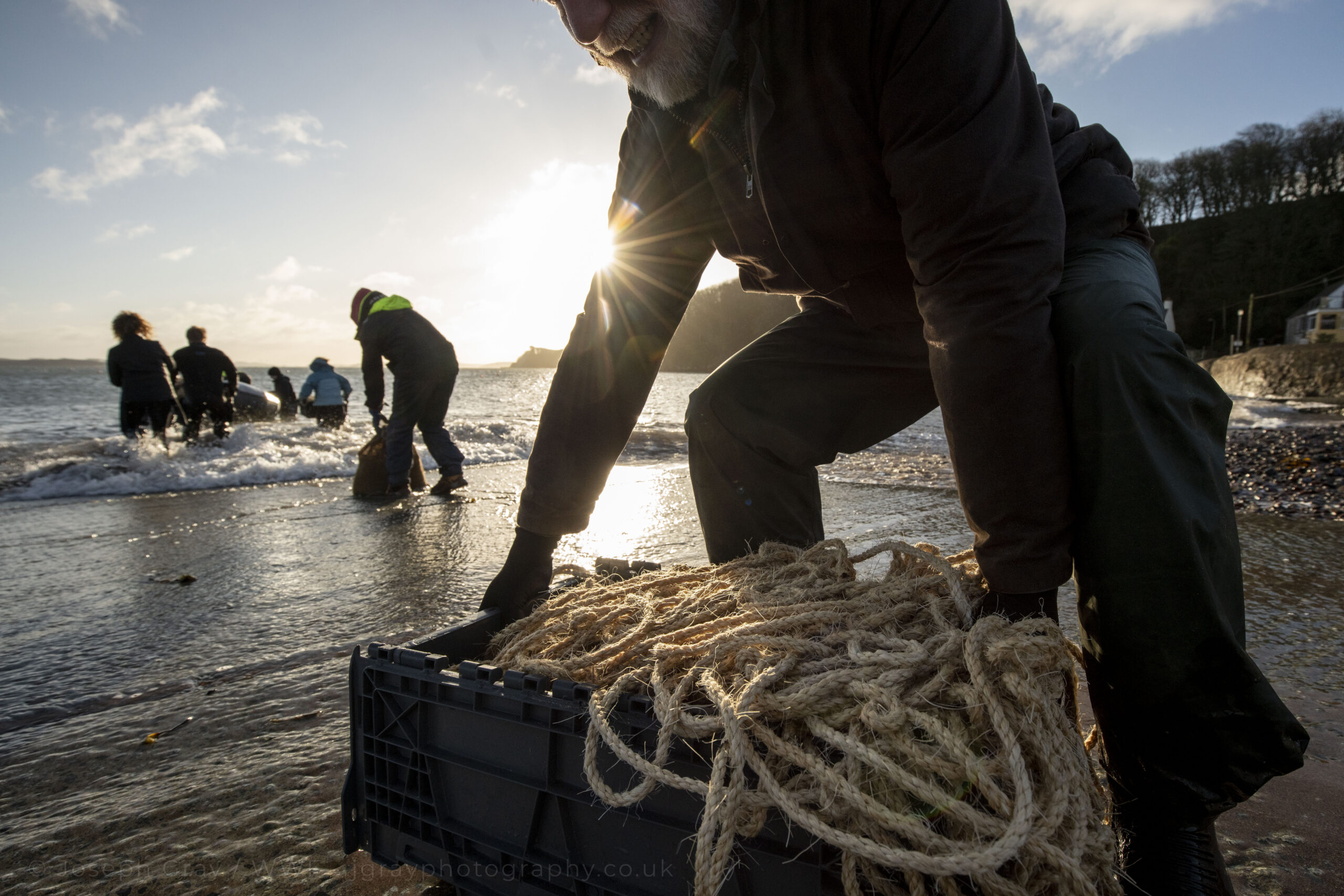 With planting finally on the horizon, the Seagrass Ocean Rescue team at Swansea University, worked around the clock preparing sandbags, seeds and rope. Despite delays and some sand related hiccups (finding sandbags whilst Wales was at high risk of floods proved increasingly difficult), an incredible team of volunteers, staff and the local community came together to plant a whopping ~750,000 seeds, just over 1.5ha of the 2ha target. Individuals came from far and wide to battle the elements and ensure planting was a success.

March began with an exciting media follow up from the planting week, BBC, ITV and The Guardian had spoken with Dr Richard Unsworth to discuss the importance of the Dale restoration and how seagrass can be used to tackle climate change, this made a positive contrast to the emerging news of the coronavirus. In more positive news, Project Seagrass were shortlisted for a Green Heart Hero Reward, shortly after planting, Richard and Leanne attended the event in London to accept the award for outdoor innovation. As more information regarding the coronavirus came to light, our entire team worked tirelessly to ensure we were prepared for the rocky road ahead.

As the UK-wide lockdown came into place, Project Seagrass, like many others, moved to work from home. Despite the change in workstyle, and the noticeable absence of fieldwork, the team reached out to our wider community. To celebrate Earth Day, we came together to read an extract from ‘The Loves of The Plants’ by Erasmus Darwin, grandfather of Charles Darwin. This marked the beginning of Project Seagrass’ efforts to commemorate international days of environmental awareness.

Outreach technician, Evie Furness appeared on Lizzie Daly’s Youtube channel, speaking live and answering questions about seagrass. This came as part of Lizzie’s Earth Live Lessons, a series that began since the UK lockdown as a communal effort of scientists, filmmakers and conservationists. Following Evie’s lesson, Project Seagrass announced their ‘Seagrass As Art’ online exhibition, working in collaboration with Boston based seagrass artist, Nedret Andre, this was a continuation of our effort to involve the wider community whilst volunteer events and outreach were halted. 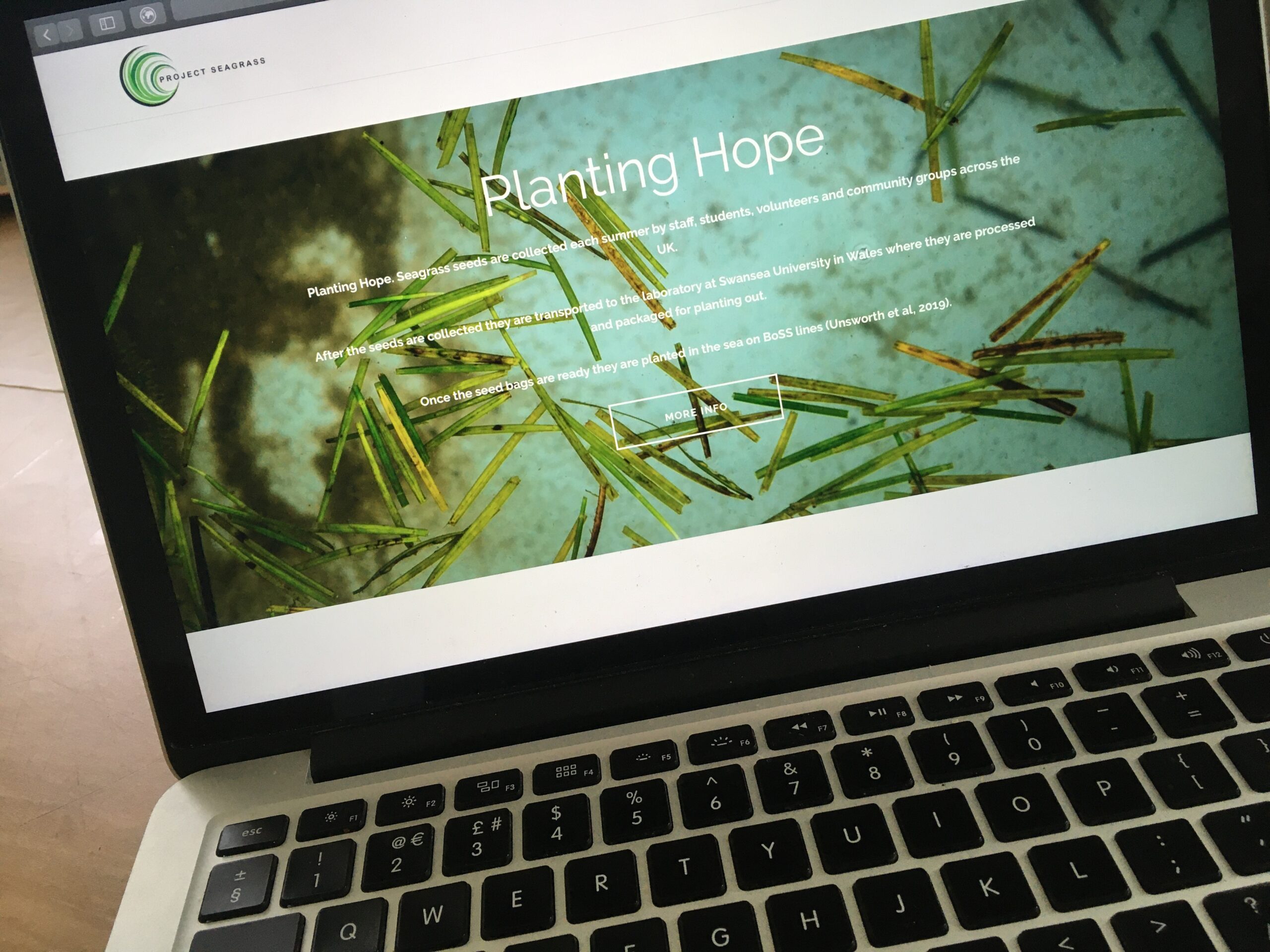 The 22nd May marked the International Day for Biological Diversity, in part of our celebrations, Project Seagrass launched (Re)Store, an opportunity for donors to give their support to secure and restore seagrass meadows.

On 8th June, Team Seagrass came together to celebrate World Oceans Day with Wild Day’s. In true Project Seagrass style we put together a cheesy educational resource with the help of some sea faring friends. In addition to our celebrations, the new Project Seagrass website was launched! With updated information, the (Re)Store as well as several other new features. We also announced the winners of our ‘Seagrass As Art’ exhibition, we had entries from across the globe and winners from all age groups. All our winners were uploaded to Instagram as part of our highlight initiative! To conclude our celebrations, director Ben Jones performed his rendition of The Fresh Prince of Seagrass – this is a must see!

In a significant step for global seagrass recognition, June marked the publishing of the UNEP  ‘Out of The Blue’ report, a significant document that recognises the global importance of seagrass meadows to humanity.

The incredible Frankie Morland released his song ‘The Ocean’, to raise awareness and funds for Seagrass Ocean Rescue, at Project Seagrass we appreciate the support and love we receive from our community, it’s very humbling to know how our work inspires the younger generations.

As June drew to a close, our team managed to carry out a socially distant survey of our restoration site in Dale, with some promising progress. Finally, representatives attended the ‘Rewilding The Sea’ digital conference, an overview of what can be done to protect our coastal ecosystems.

In July, Project Seagrass celebrated its 7th birthday! To mark the occasion the Seagrass Ocean Rescue team returned to the Dale site to carry out surveys, by this stage there were several signs of growth. 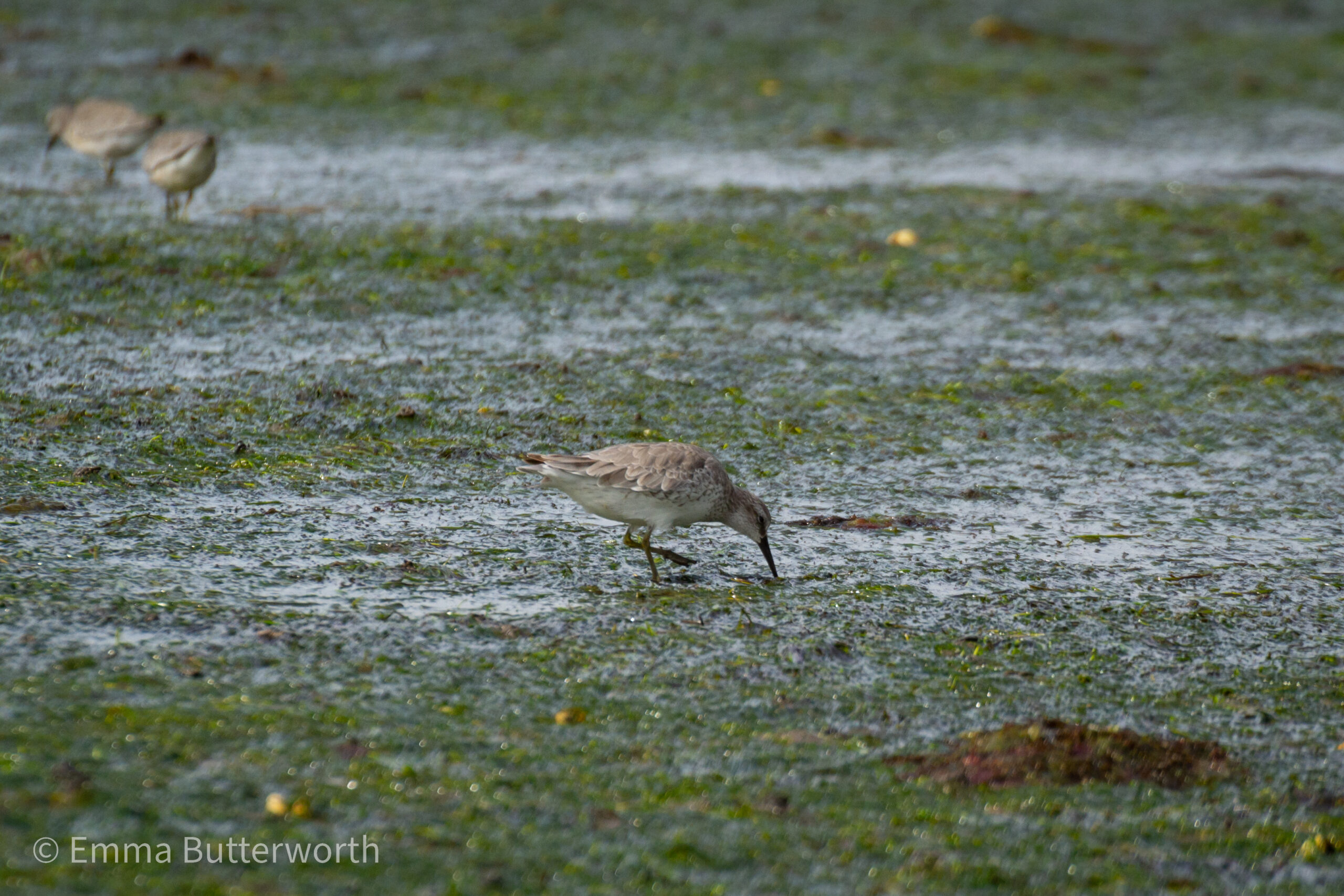 As lockdowns eased, Project Seagrass successfully organised and carried out COVID friendly fieldwork in Porthdinllaen, North Wales, collecting half a million seeds. The team worked with the tides, snorkelling in the day and hand picking at night. Shortly after, we were pleased to announce our new seed picking location, a birding hotspot, the Lindisfarne National Nature Reserve in Northumberland.

Another dive at the Dale site showed even more promising signs of growth, RJ updated our friends at Finisterre, with the first of a series of seasonal blog!

We also partnered with Wild Saint London to launch limited edition ‘Sea Tails’ lounge socks, the purchase of these socks allow us to collect, process and plant one hundred seagrass seeds covering one square meter. 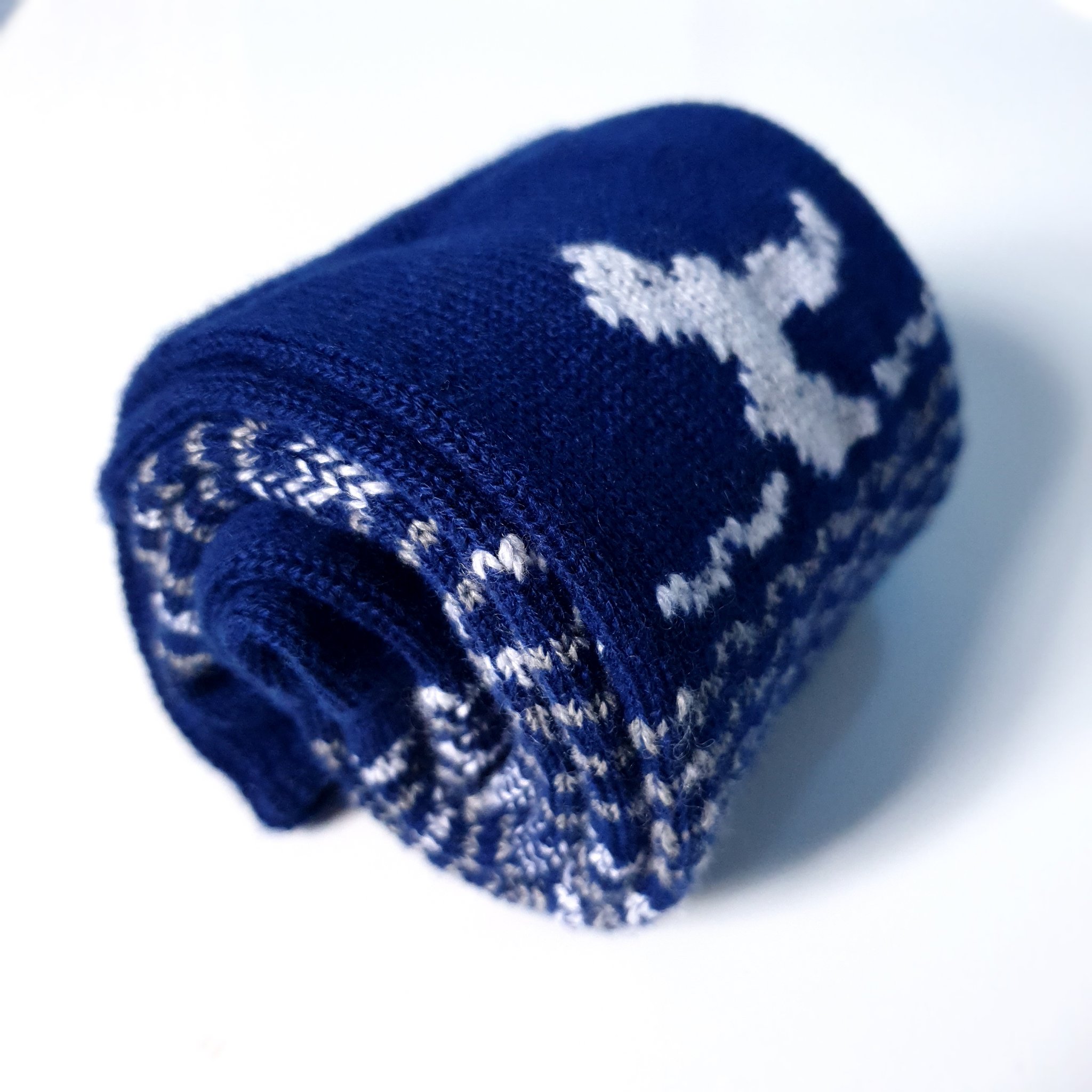 Following the seed collection in August, the Seagrass Ocean Rescue team began the seed separation process, ready to plant the remaining area in Dale. Dr. Richard Unsworth and Dr. Leanne Cullen Unsworth attended the Coordinated Global Research Assessment of Seagrass Systems (C-GRASS) digital conference. The team continued work at our field site in Porthdinllaen, mapping and monitoring the meadows with Seacology.  To round off September’s achievements, our very own Evie Furness published her first research paper! 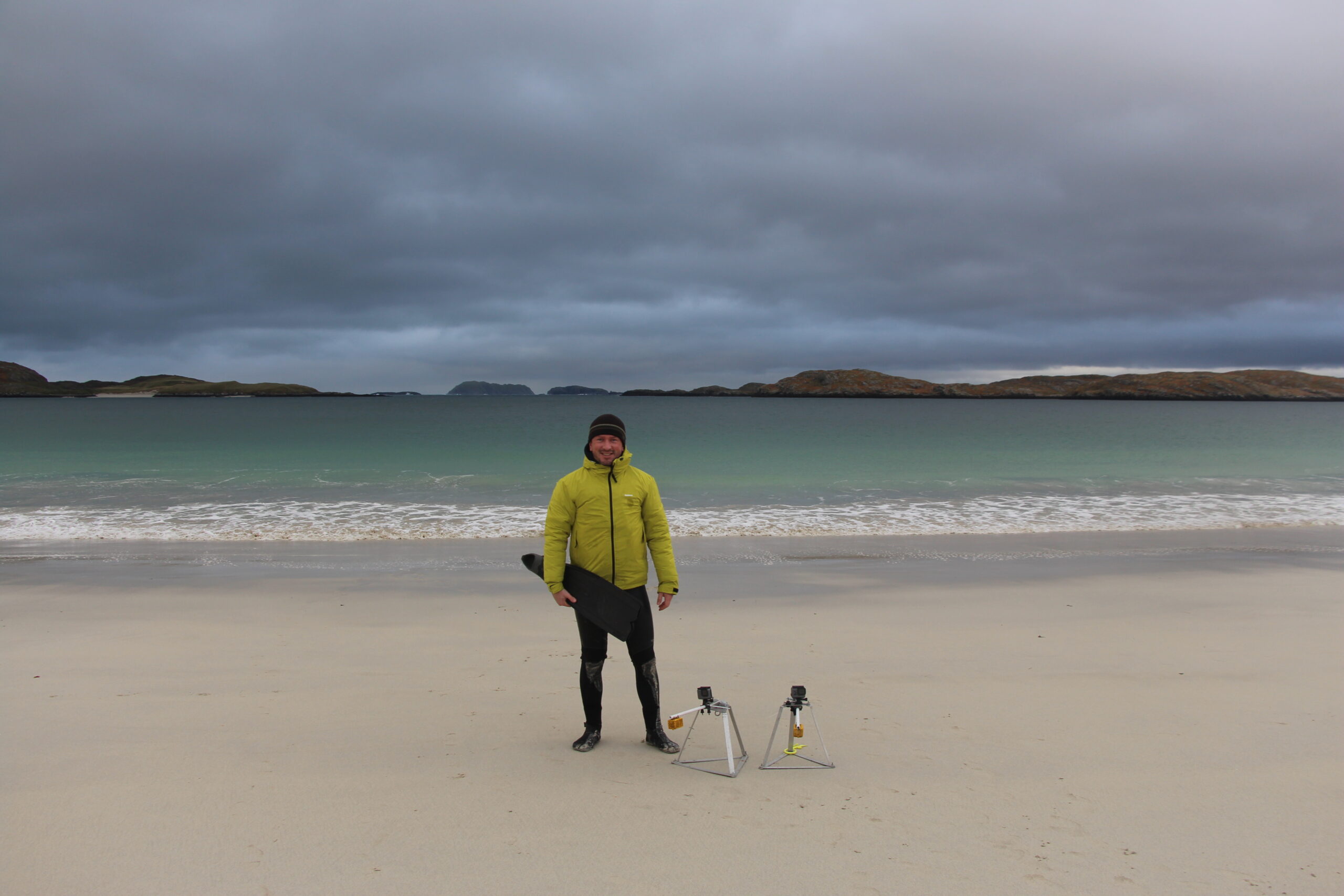 As part of Swansea’s Science Festival, Evie Furness hosted a Q&A answering questions about seagrass and our work as a marine conservation charity. The remaining planting began in Dale and RJ carried out seagrass surveys with NatureScot and The Botanics in Scotland to better understand the genetic connectivity of Scottish seagrass meadows. It is hoped that this could inform some potential seagrass restoration trials next summer. 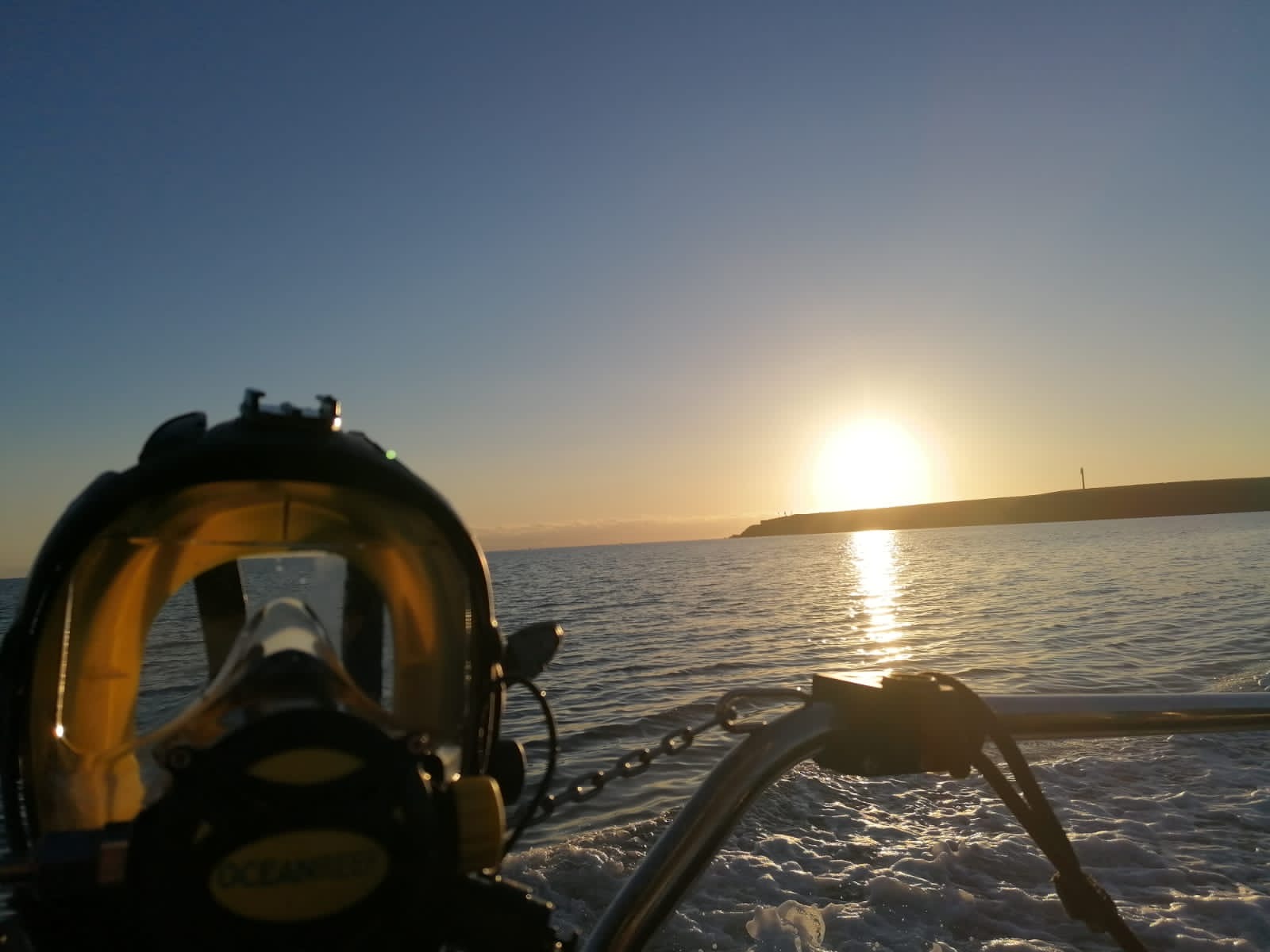 November was a month to remember, and a milestone on our journey to restore British seagrass meadows! The one millionth seed was planted, marking the completion of the two hectare restoration project in Dale.

At Project Seagrass it is our intention to contribute as fully as we can to the aspirations of both these decades, as we continue to pursue meaningful contributions to the United Nations Sustainable Development Goals. Thanks for your support to date, and here’s to the next 10 years!