Flotsam and jetsam: The story of the fuzz ball

Are they aliens, are they dinosaur eggs, or are they just some ‘organic’ bath sponges that fell of the ship from China?These are the questions people might rightfully be asking when they come across numerous fuzzy round balls washed upon the beach. Well in the village of Inverallochy, North of Aberdeen, these questions have been the subject of such discussion (minus the dinosaurs and aliens).
On the sandy beach at Inverallochy, numerous fuzzy balls have been washing up, with school students, teachers, local and pub goers all discussing what these things actually are. Some suspected that climate change was bring these fuzzy structures from warmer climbs. But villagers reached a conclusion – lets ask a marine biologist. 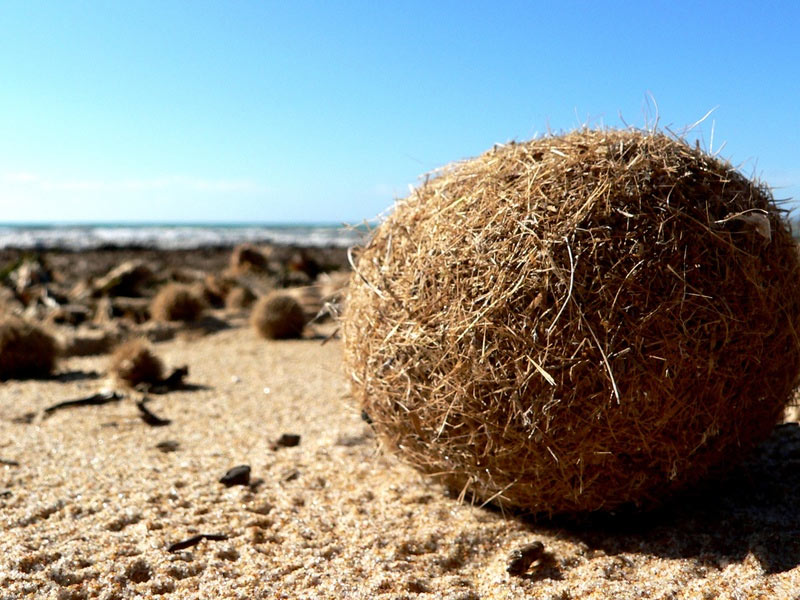 Fuzzy fibre balls are very common in the Mediterranean (Photo: Martino Sabia)
With help from Project Seagrass and some intrigued scientists at Swansea University we found the answer. Fuzzy Balls like the one that Morag Buchan and her school students found on their beach are very common in the Mediterranean where very small tidal surges slowly weave strands of fibres from the seagrass Posidonia oceanica into tight balls. But we don’t have such a species of seagrass in the UK and our seagrass (Zostera marina) is much less fibrous. The answer comes from a plant more commonly seen in our estuaries, lagoons and sea lochs. 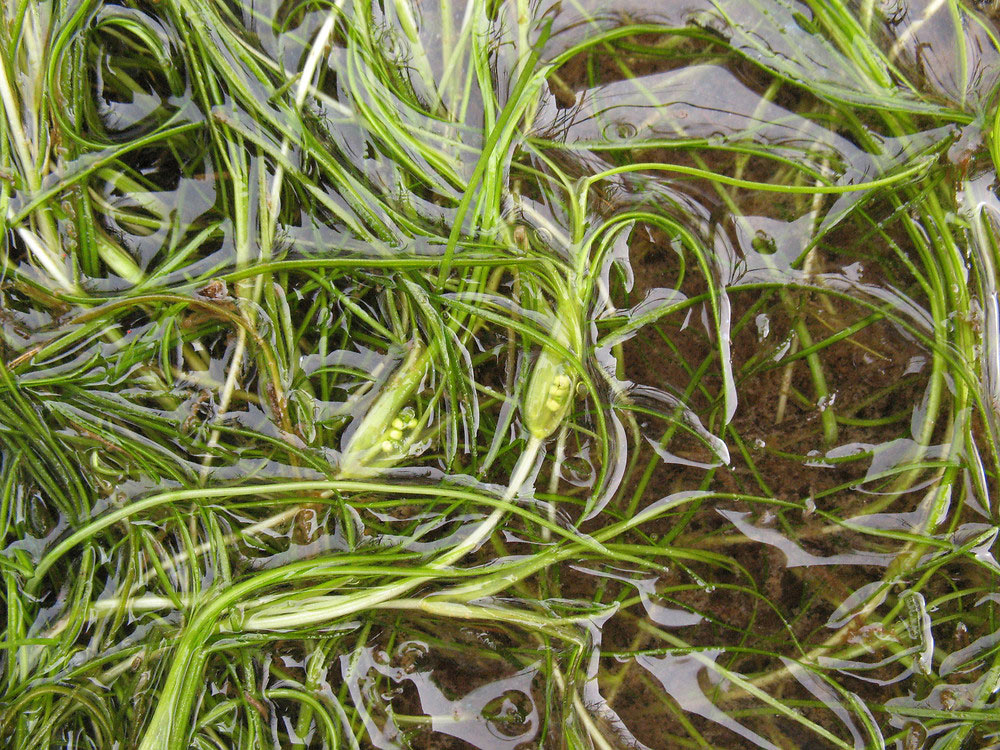 A species of aquatic plant called Ruppia martima is likeley the cause of these fibre balls (Photo: Marilee Lovit)
In the UK and Northern Europe we have an aquatic plant called Ruppia maritima that lives in semi marine environments such as estuaries and sea lochs (some people call it a seagrass), and has been known in other places in the Atlantic to form these balls. So Scotland and Northern Europe (inc the Baltic) are the ideal places to help form such a structure and Ruppia is known to be abundant.
So sadly, no aliens, no dinosaurs and no bath sponges, just good old plant material.
For more info on the fuzzy balls please take a look here.