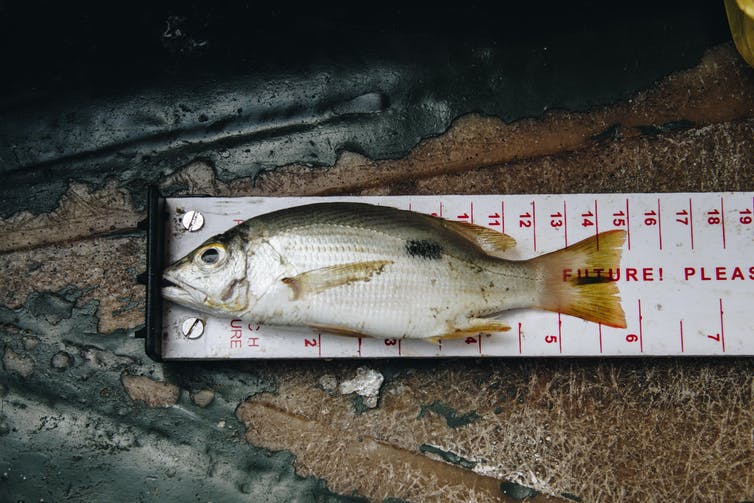 At least 7.3m tons of fish (usually dead or dying) are thought to be discarded each year from marine fisheries around the world. But these estimates come mostly from observations of large-scale industrial fisheries. Limited attention has been paid to small-scale fisheries, which are assumed to have low discard rates – some estimate as little as 3.7% total catch, compared to more than 60% for some large-scale shrimp trawlers.

Small-scale or artisanal fisheries – for which there is no universal definition – are generally considered more sustainable than their large-scale industrial counterparts, but there is increasing evidence that shows this is not always the case. They employ more than 99% of the world’s 51m fishers and likely account for more than half of the total global fisheries catches. 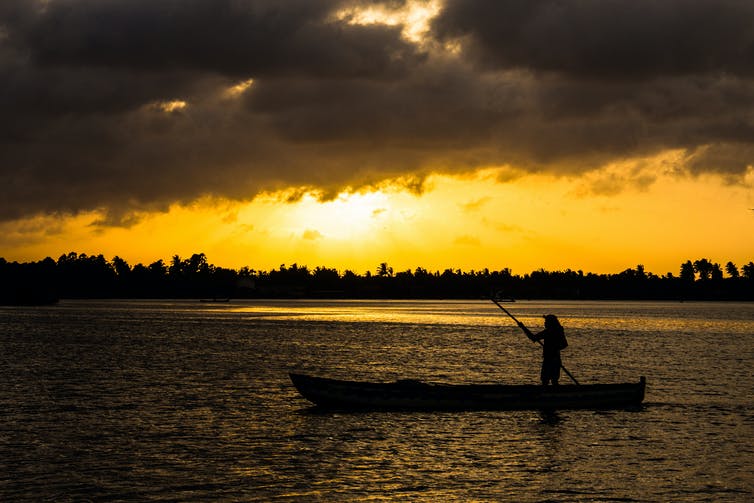 One of the biggest problems for both large and small-scale fisheries around the globe is bycatch – fish and other marine organisms caught when the fishers are targeting something else. Powerful images of turtles and dolphins caught in fishing gear have caught the sympathy of the general public, but unintentional landings of fish aren’t as evocative. The truth is, however, that fish bycatch is a big issue.

Progress is being made in Europe within large-scale fisheries thanks to campaigns such as the Fish Fight. But small-scale fisheries – though there is increasing recognition outside that they are “too big to ignore” – are only just beginning to recognise the fish bycatch and discard problem. 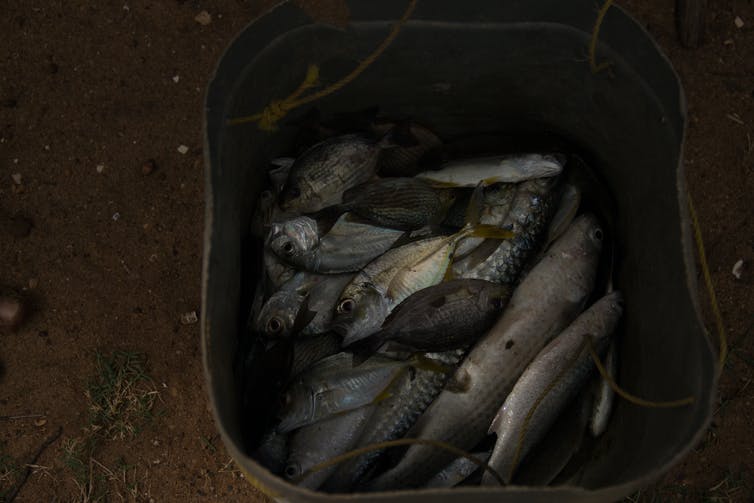 Our newly published research has found that artisanal fisheries in Sri Lanka are throwing away more marine species than they keep. For every fishing trip in one of Sri Lanka’s largest lagoons, Puttalam Lagoon, fishermen could be throwing away more than 50 fish. What’s more, of the 62 species recorded in the survey, more than 80% were routinely discarded. The reasons for this practice are unclear but sometimes it is because the individual fish are too small – or they are species without a high market value.

We found that fishers targeting shrimp in particular caught more non-target species and had higher discards than those targeting fish. This is particularly worrying at a time when Sri Lankan shrimp exports are increasing, after the EU granted the country improved access to its market. 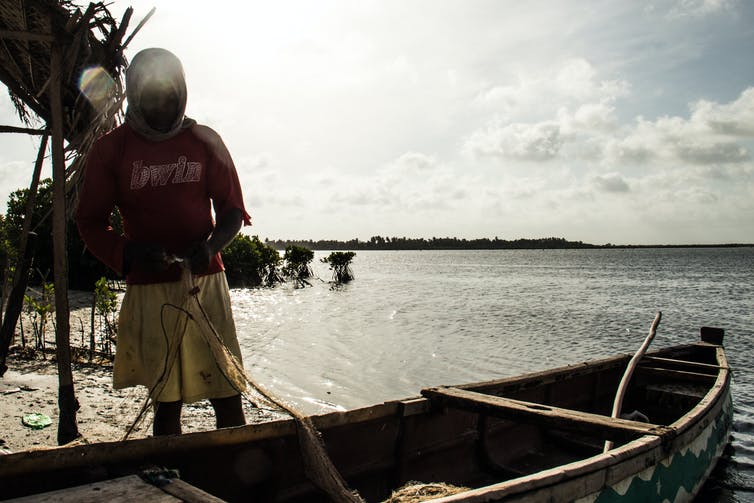 Potentially 90% of the world’s fish stocks are threatened by over-fishing – when more fish are caught than the population can replace. And the “tell-tale” signs of over-fishing are now being observed in Sri Lanka and across other research sites in the Indo-Pacific region. Fishers in these locations have told us and other researchers that they are catching much less fish than they were five years ago.

But this is not just an ecological issue, it is a social one too. In this era of increasing food insecurity, our findings highlight a serious concern for Sri Lanka. This unwanted seafood could be used to provide protein for the poorest in society. Instead, we found that fish with high nutritional value is being eaten by feral dogs and birds. 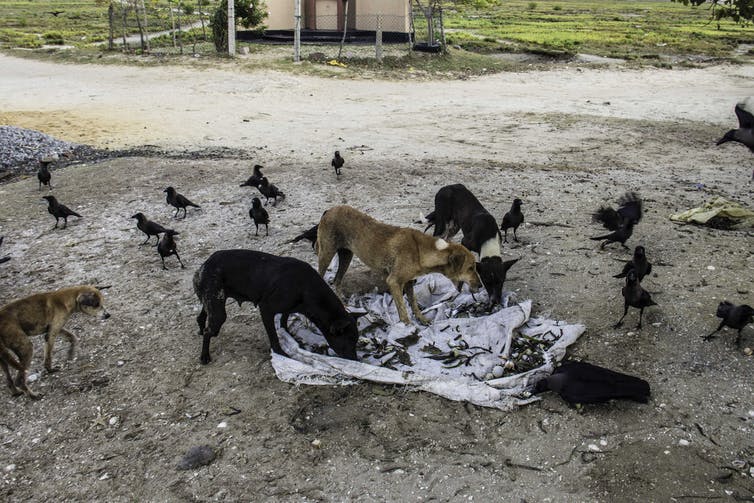 Unwanted fish end up as quick and easy meals for animals.

Billions of people worldwide rely daily on fish for protein, while 50m people also rely on catching fish for work. But, if the levels of bycatch and discard continue, the livelihoods and food security of the people that depend on these fisheries will be under threat. If the problem is not managed, there won’t be any fish left in the waters.

There is one ray of hope for Sri Lanka, however. There are some small-scale fishery cooperatives which maximise long-term community benefits by dealing with the threats of fisheries mismanagement, livelihood insecurity and poverty. Communities with successful and inclusive cooperatives are better off than those without. Cooperatives have the potential to empower small-scale fishers against environmental and socioeconomic shocks, but the problem in Puttalam Lagoon is that these cooperatives are not operating across all levels of society. 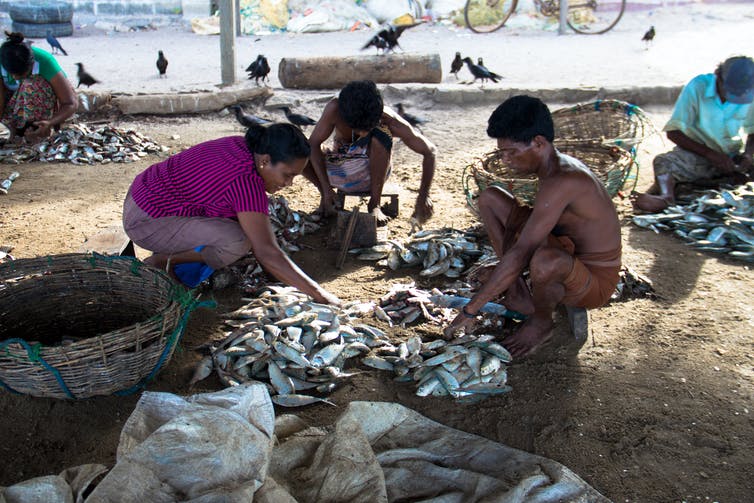 Fishing cooperatives do exist, but there could be more.

If the bycatch and discards issue is going to be solved over the long-term, we need to look at combining sustainable management practices with community schemes to reduce unnecessary seafood waste all over the world. Together the millions of small-scale fishers all over the world have an immense amount of power, they just need to realise it.