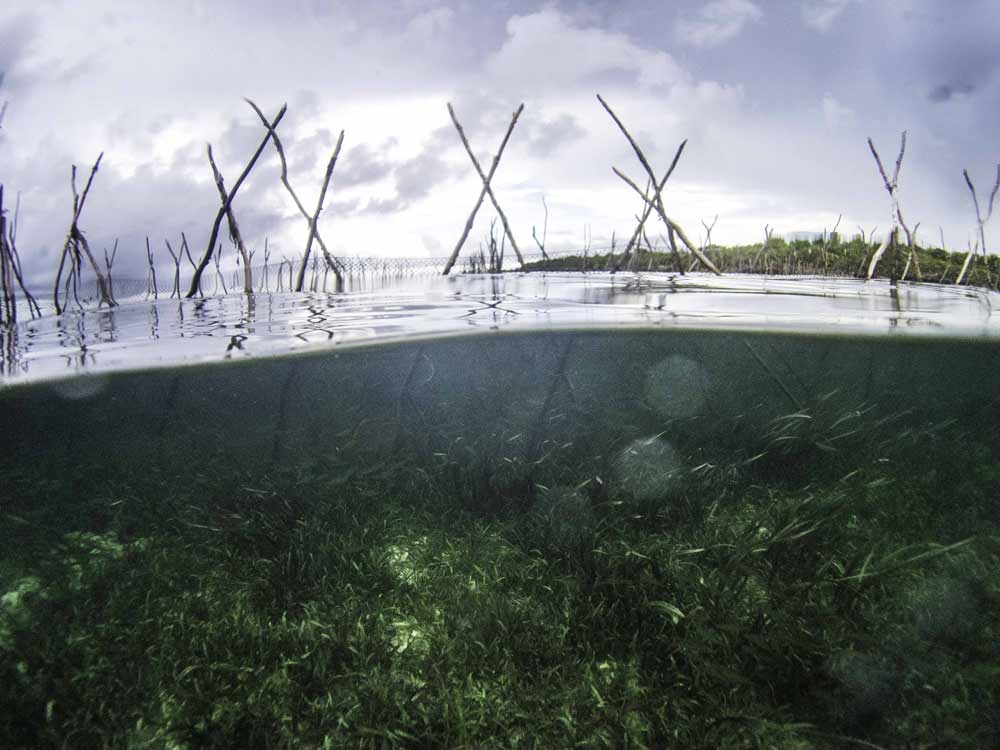 Fishing in seagrass occurs around the globe; if there is seagrass (and people) there is fishing. Still, the nature and extent of fisheries in seagrass is poorly understood. It is a prerequisite for natural resource management to understand resource exploitation, therefore we decided to investigate this further.

Seagrasses are plants that grow in the shallow ocean. The seagrass attracts many different types of animals, to live, forage, or seek shelter. These animals are collected by humans for subsistence (food), commercial and recreational purposes. Across the globe the reasons for fishing differs, it is more common to fish for recreational purposes in countries where the economic situation is better, while in countries with more challenged economies fishing for subsistence is very important.

Interestingly, because seagrasses grow in nearshore environments, almost all types of fishing gears are used. Close to shore in many areas of the world the seagrass gets exposed during spring low tides making it possible to walk in the seagrass meadows. Many people take advantage of the low tide and walk across the seagrass meadows collecting invertebrates, such as mussels and sea cucumbers, often with bare hand or simple fishing gear like sticks. This type of fishery is commonly referred to as gleaning or invertebrate harvesting and is conducted by men, women and children. Gleaning is especially common and important for people with limited resources. Static nets are also used in the intertidal zone, the area where the tides raise and fall, catching fish when the tides come in. It is very common to use hook and line and fishing nets in seagrass. Unfortunately, very destructive fishing gears such as bottom trawls, poison, dynamite, and rakes are also occasionally used. 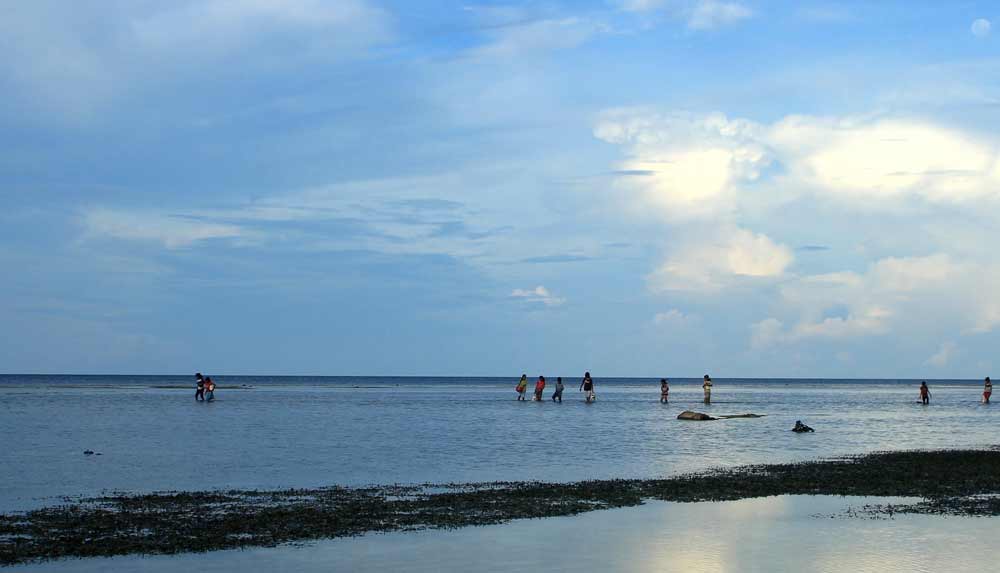 Women and children walk across seagrass meadows at low tide in indonesia collecting resources that they can eat (Photo: Benjamin Jones)

On a global scale, anything found in the seagrass that can be eaten, sold, used as bait or sold as a curio is targeted. Globally, the most commonly targeted invertebrates in seagrass appear to be crabs and bivalves (mussels). The most commonly exploited finfish from seagrass are mullet, herring, and snapper. The target species varies greatly across the globe, for example in areas with high biodiversity (many types of species), the number of target species is often higher than in areas with low biodiversity. This pattern often corresponds with colder water fewer species, warmer water more species. Species groups that are least commonly targeted are sea cucumbers, small fish for drying, aquarium trade species, seahorses, and sharks. People access the seagrass fishing grounds by walking, swimming, snorkelling, free diving, use of canoes, scuba diving, use of sailboats and motorboats. 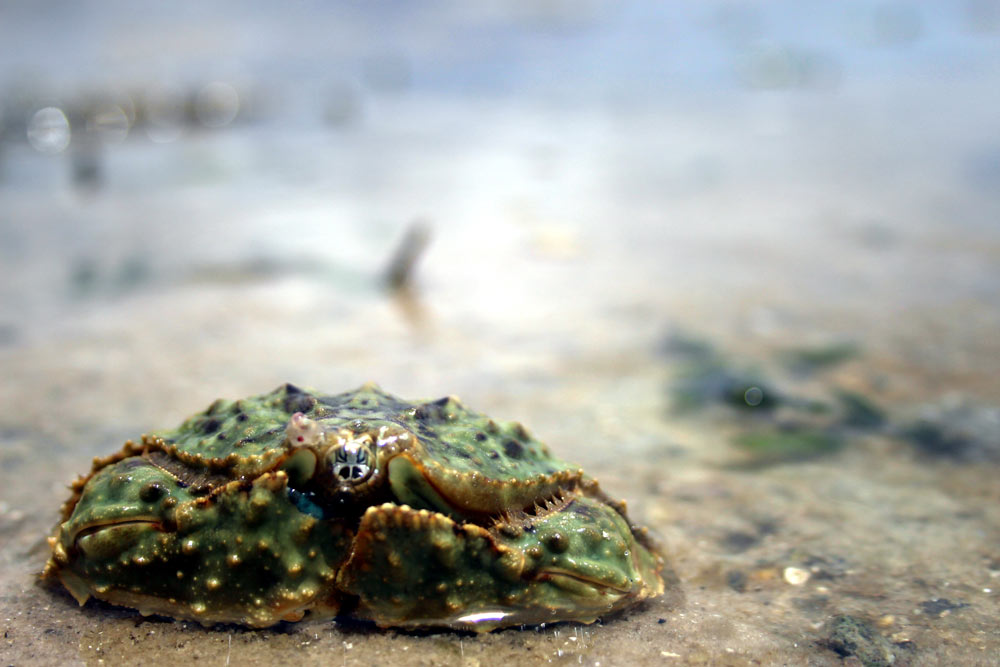 Crabs and bivalves appear to be the most commonly targeted invertebrates across the globe (Photo: Benjamin Jones)

Seagrass meadows receive limited management attention compared to other nearshore marine habitats. Fisheries management does not yet target seagrass. But seagrass fisheries are diverse and important to people the world over. We, authors, hope that these findings, now systematically and scientifically investigated, will highlight the importance of seagrass for fisheries around the globe. 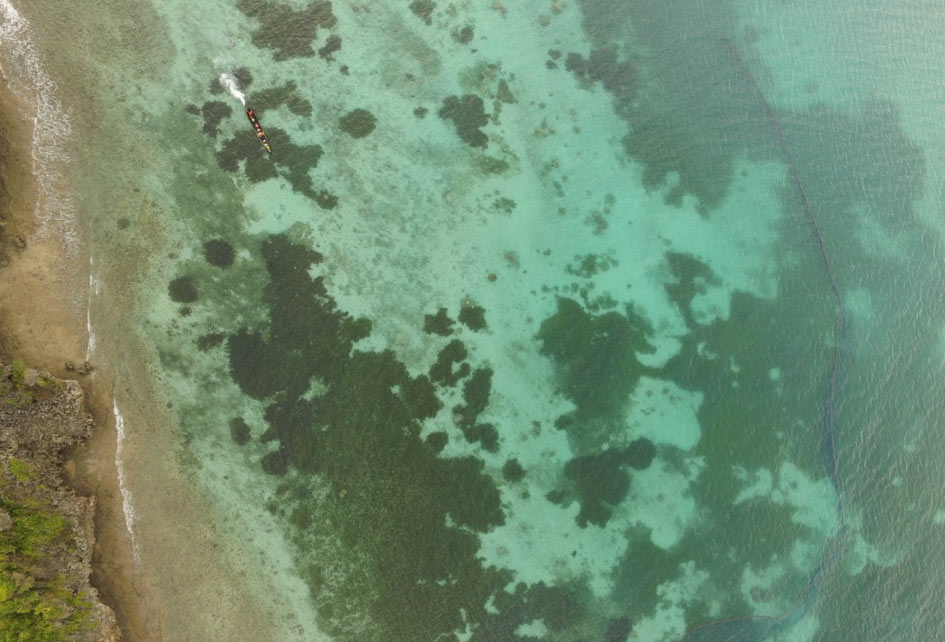 Arial footage of a nearshore environment with patchy seagrass, in the upper left corner there is a fishing boat and along the right edge there is a long fishing net deployed (blue in color), Tanzania. Drone pilot and photo LM Nordlund.