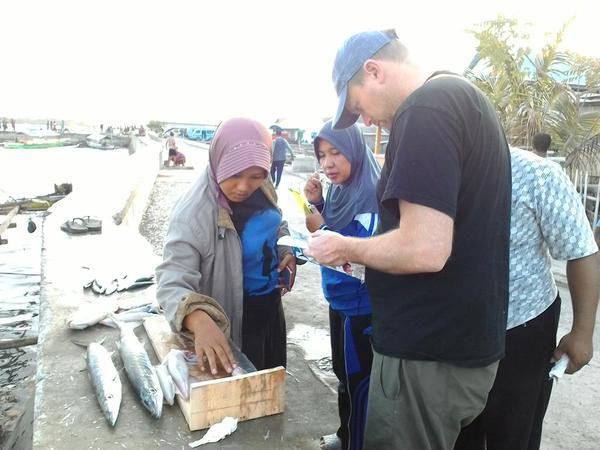 Indonesia is at the heart of the Coral Triangle, an area characterised by having the World’s highest marine biodiversity. With over 17000 islands, 51,00km2 of coral reef and at least 30000 km2 of seagrass its marine life is extensive and spectacular. But with a growing population, rapidly expanding GDP, and its status as the world’s 2nd biggest fisheries producer, the marine ecosystems of Indonesia are under increasing threat. These threats are not just critical for the economy but also for the maintenance of food security of the nation’s 250 million people. This is why we’re working on a project to help find ways to protect some of the nation’s important habitat.

Over the last two weeks I’ve been privileged to experience the marine environment of Indonesia. I’ve been setting up the Indonesian node of a SE Asian wide project to examine how seagrass meadows contribute to food security in case study locations, and to determine at these sites how this security is threatened by widespread anthropogenic threats to the habitat. The work is a collaboration between Cardiff University, Swansea University and a series of local partners in Indonesia, Cambodia, Sri Lanka and the Philippines. In Indonesia we have some fantastic collaborators who are helping us run great projects in Selayar and the Wakatobi, two areas of South Sulawesi. Dr Rohani Abbo Rappe, Prof Jamal Jompa and Dr Yayu LaNafie are our partners at Universitas Hasanuddin in Makassar for the work in Selayar. This is where my recent trip focussed its attention. Rohani and Yayu are both seagrass researchers widely experienced in the ecology of Indonesian seagrass meadows and have just completed annual seagrass assessments in Selayar for the CoreMap CTI programme.

Research trips to Indonesia seldom start easily, I spent my first few days in the worsening smog of Jakarta arranging a research visa with the help of an old colleague of mine SteveO from my Opwall days. Jakarta is interesting, but it’s crazy, and not my kind of place, I spent two evenings trying to observe the Blood Red Moon, but got thoroughly defeated by the thick smog of Java. Fortunately the visa process was smooth, and the Indonesian research department granted me a Kitas visa quite rapidly. I was then off to Makassar and then onto Selayar to spend time developing our new project with researchers at UNHAS.

Selayar is the main island of the Selayar islands archipelago, it is bordered on the west by extensive fringing reefs, mangroves and seagrasses that create an enormous potential fishing area. The east of the island is highly exposed and the sea floor rapidly descends to deep waters. On the western side we met with a great team of research assistants assembled by UNHAS to help run the field work for the project. I was supplied with a host of fabulous local food as we held a series of training sessions teaching team members how to conduct quantitative fisheries landings surveys, run household interviews and lead focus group discussions with community groups. This involved lots of early very mornings heading down to the fish landing docks after the local morning call to prayer. We surveyed a series of lift nets boats, fish fence landings and gill net landings in addition to some line fishing boats and some trap fishers. Although the pelagic fish landings of anchovy caught with large light based lift nets were huge, the landings from the seagrass based fisheries (gill nets, traps and fish fences (sero)) were all poor. Lots of juvenile fish, discards and poor CPUE. 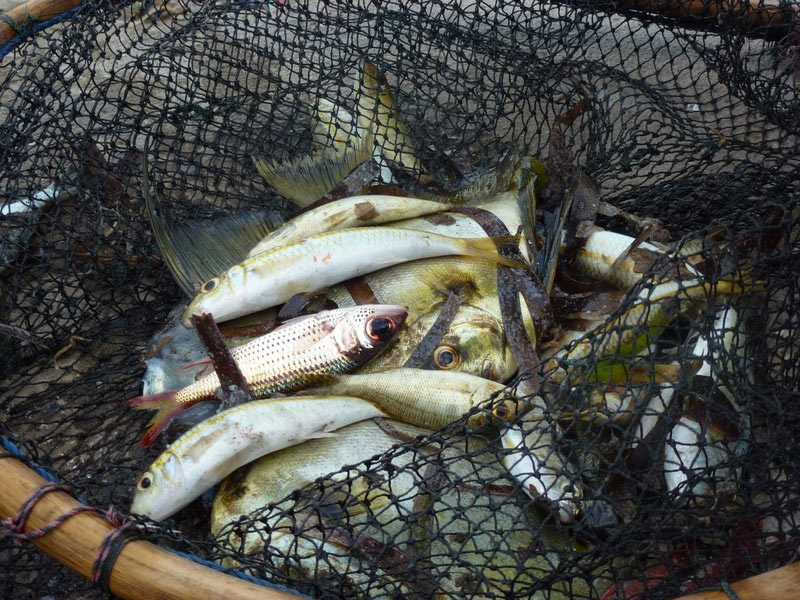 Fish landings from the shallow water seagrass fisheries of Selayar were poor. We can only hope that this is a seasonal phenomenon.

Our trial interviews started to reveal a coastal seascape under widespread threat and increasing pressure. Many people described declining catches, loss of seagrass, changes in species catch and a general deterioration of the marine environment. The seagrasses of Selayar were formerly the main point of spat collection for the region for extensive Prawns and Milkfish aquaculture, but these are no longer present. We also heard descriptions of the disappearance of otters, formerly seen in seagrass collecting Urchins. 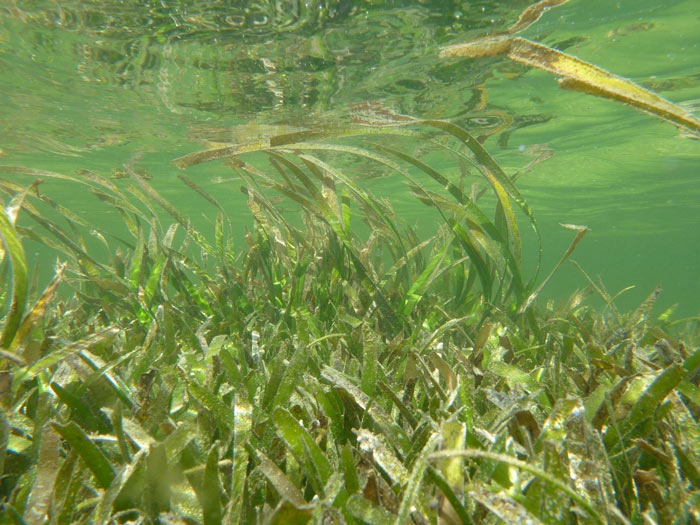 Seagrass meadows of Selayar contain up to 11 species and are dominated by Enhalus acoroides and Thalassia hemprichii.

It was nice to hear many references to recent dugong sightings but overall I felt that the marine environment of Selayar was in need of help. Our suspicions were confirmed as we set about collecting BRUV data of motile fauna in seagrass up and down the coast. Although we saw a large Barramundi and few large shoals of Rabbitfish, the seagrasses did not contain an abundance of fish, suggesting a system under high exploitation pressure. Looking around the Island of Selayar it’s easy to see the vast expanse of permanent fixed gear fish fences that give fish living in the shallow waters very little chance of survival, particularly the juvenile fish that need to grow and develop to form the next generation of spawning adults.

It was a great trip to Selayar and I left the Island feeling like we had a good research team ready to collect sound data. I also felt that our project was timely as the seagrasses of Selayar need some assistance. Selayar is an example of a site slowly losing its ecosystem resilience. Our recently published paper on this topic shows how the loss of a diverse food web and the cumulative pressures of localised disturbance and decreasing water quality mean that seagrass is more susceptible to the impacts of climate change. As we see the increasing daily impacts of a very large and intense scale El Nino event across the Indo-pacific region I hope that the seagrasses of the region will survive. Hopefully the results of our project will contribute to ensuring this survival into the future. 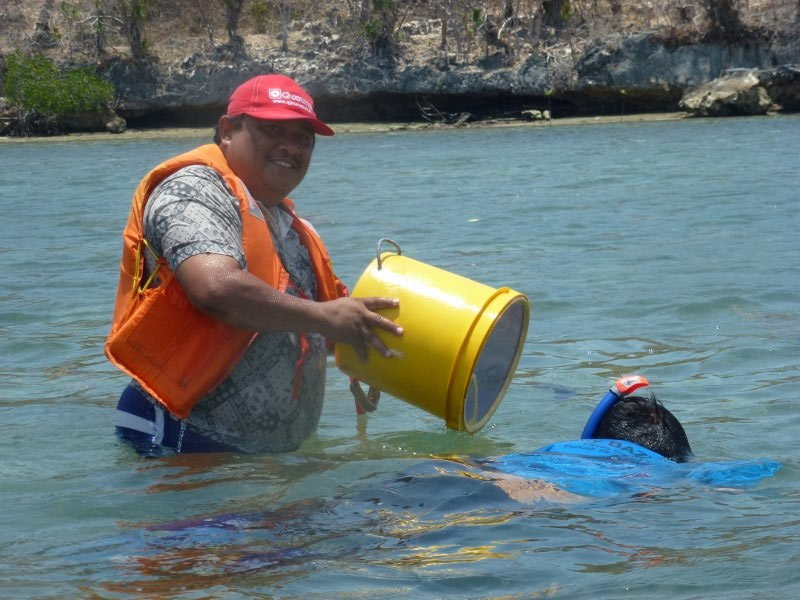 Fantastic collaboration with researchers at Universitas Hasanuddin (UNHAS) in Makassar.