Twenty Sixteen: A year in review… 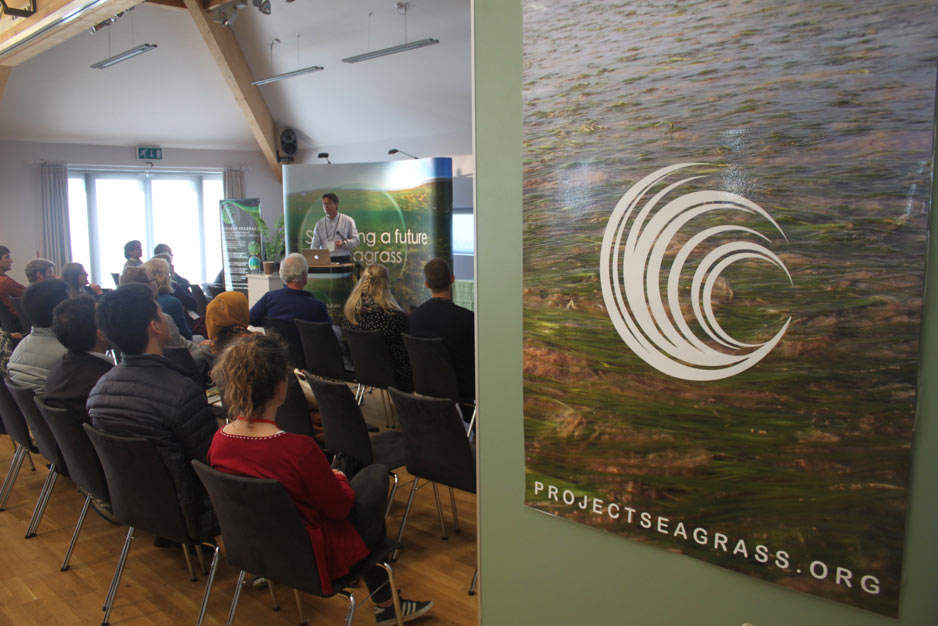 With every year that passes we’re given a unique opportunity to look back and reflect on what we’ve achieved. I’ll be honest, every year since our inception in 2013 we’ve been immensely shocked at just how much we’ve achieved given that we’re on a shoestring budget.

2016 was certainly no different.

We kicked off 2016 with a bang as Richard and myself released our paper discussing the “The perilous state of seagrass in the British Isles”. This was subsequently picked up by the BBC and the Daily Mail amongst others. Additional to this, RJ headed to the BETT show in London to explore the potential use of IT in marine education. Every year, the BETT show sees some of the most innovative education service providers and distributors “take to the stage”, and it opened our eyes to the potential that technology has for marine conservation – a theme that would shape some of our ideas for the year to come.

In January Ben and Richards paper made the headlines

Fast forward to February and we were continuing to build on the momentum be built up in January with a hugely successful Seagrass Education & Awareness (SEA) day with Ysgol Morfa Nefyn, complete with seagrass species sand monsters and even a seagrass meadow treasure hunt! We completed the first (albeit cold!) Seagrass-Watch survey of the year, and checked up on our restoration trial that we’d started back in November 2015. Unfortunately, winter storms had battered the site which we’d chosen, and after finding a few seed bags out of the sediment, we weren’t sure of the success of their placement. However, we did observe some signs of germination which gave us hope for the future. Further to this, I was invited to speak live on BBC World News on the topic of marine litter, and we saw a pivotal moment for seagrass research, with seagrass featuring on the cover of Nature. 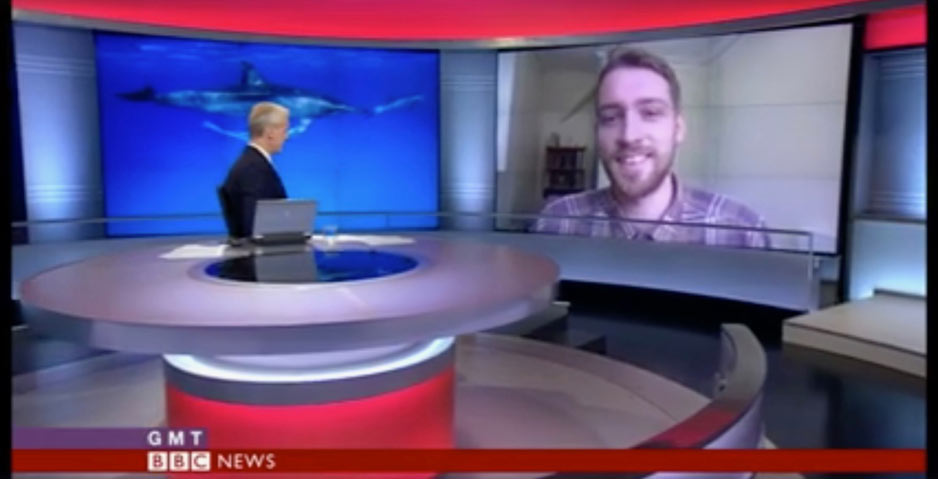 In February Ben was invited to speak live on the BBC.

When I think back to March, it almost seems as though that month alone deserves its own blog post. Back in 2015 we entered the #PeoplesProjects, a competition held by the Big Lottery Fund and ITV to win up to £50,000 of National Lottery money. The Peoples Projects aimed to give organisations the chance to build upon previous projects they had completed with help from the Awards For All funding scheme. We came up with Mission SEA, which aimed to bring the ‘coast to the classroom’ and the ‘classroom to the coast’ to engage Wales’ children with our marine natural heritage. The education scheme we proposed, which would have involved 15,000 children from the counties of Gwynedd, Ceredigion and the Isle of Anglesey, sought to teach children about the resources that our seas provide, whilst inspiring them to become future guardians of our oceans. Although we didn’t win the funding, we finished in the Top 5, and we accompanied the campaign with our hugely successful Project Seagrass Official Launch and the launch of our novel seagrass mapping application, SeagrassSpotter. March was also the month we made our views clear on the EU referendum.

“Don’t let the UK become a fish out of water: For the sake of our seas let’s stay in the EU.”

Finally Leanne and Richard released a publication that explains in simple terms how to improve the health of the worlds seagrass, at the same time releasing a summary video on YouTube! 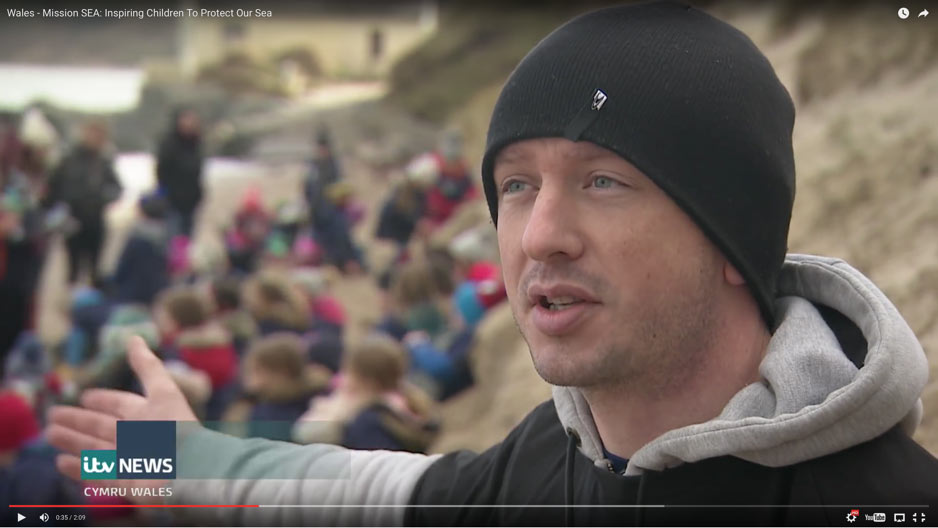 In March our “Mission Sea” outreach activities were a great success!

While SeagrassSpotter picked up its own pace throughout April, RJ took a lead in expanding the range of Project Seagrass to Scotland, opening a new base of operations, albeit from his living room, in Edinburgh. I spent time in Cambodia, setting up a Cardiff University research project and additional time in Myanmar taking the first detailed look at seagrass communities in the Myeik Archipelago. 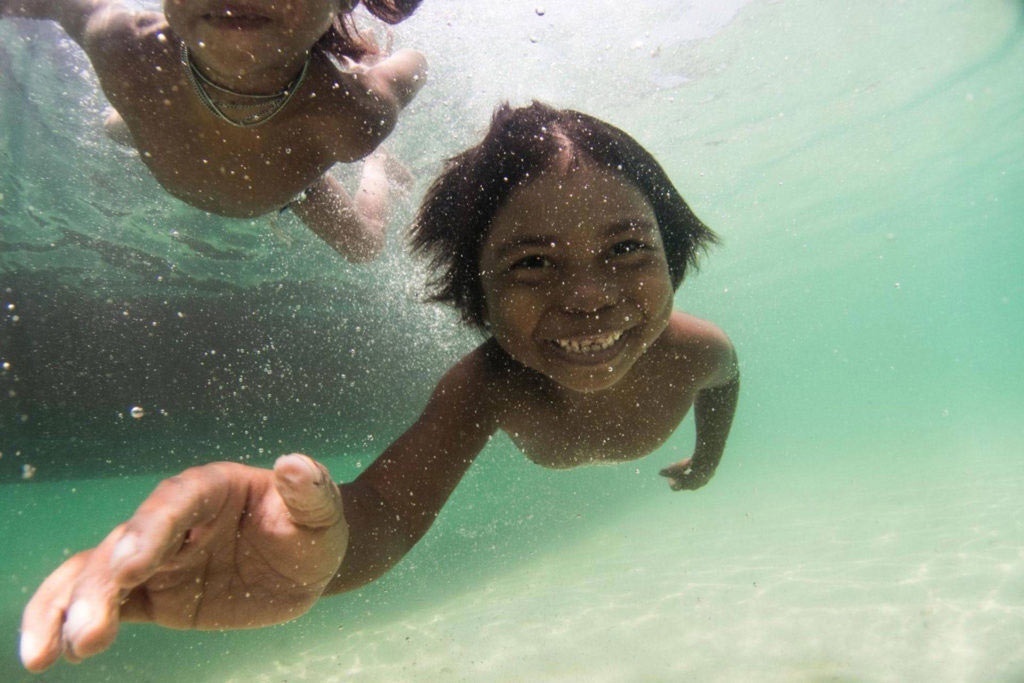 In May I presented some of my work at MSEAS in France at a conference focussing on understanding marine socio-ecological systems (including the human dimension in Integrated Ecosystem Assessments) and later this month Greg (our regional ambassador for the East of England) conducted some outreach at The Deep in Hull. Richard attended a Zostera Experimental Network gathering in Davis, California.

In May Richard attended a Zostera Experimental Network gathering in Davis, California

In June we discovered some long lost seagrass (the first time Zostera marina has been recorded at the location since 1891!) and RJ and Lauren delivered a very successful event at Glasgow Science Festival’s Science Sunday Big Birthday Bash! The stickers, postcards and posters were a huge hit with Glasgow’s young folk so we made sure we had plenty of materials to hand out to Scotland’s next generation of marine biologists! 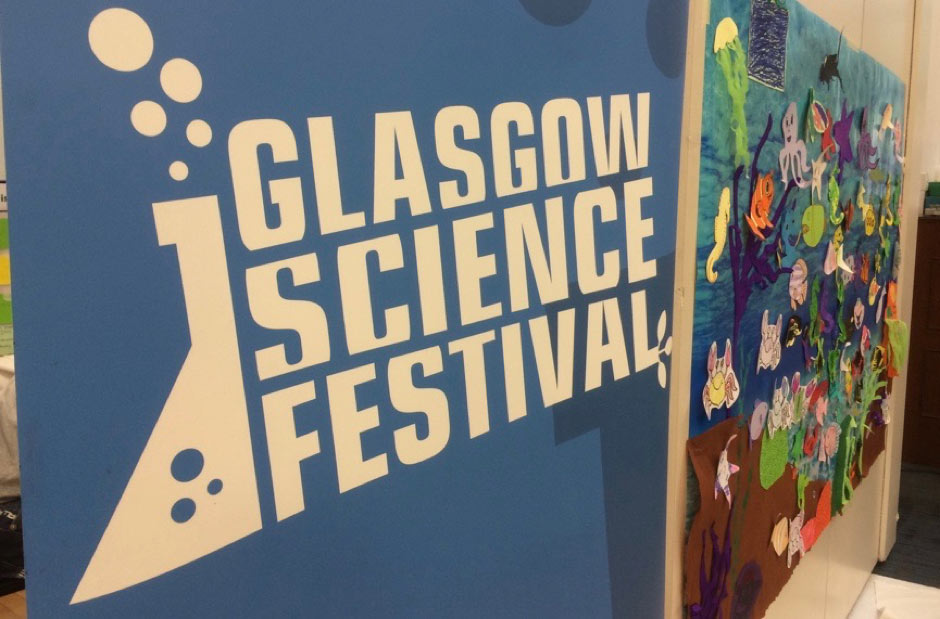 In June the Glasgow Science Festival was a huge success!

July kicked off with a trip down south for Lauren who did some work with the Cornwall IFCA to help understand the juvenile fish value of seagrass in Cornwall. At the same time Laura was working with James Duffy (a PhD student from Exeter University), they began a summer of mapping seagrass using a variety of drones in Wales. Ben and Josie did some outreach with many of the thousands of people who enjoyed Kate Humble’s inaugural Big Day Out festival. Richard led a workshop in Makassar, Indonesia in collaboration with Hasanuddin University and Alex joined us in the field on a Work Experience placement. To round off July, Richard gave a plenary talk about seagrass and food security to The 1st Indian Seagrass Ecology Conference.

In July Lauren headed south to work with the Cornish IFCA

In August we heard of our success in applying for charitable status in Scotland and RJ helped to run a workshop at IMCC4 on “Bringing fishermen to the table” using online “Bambuser” technology. A simple concept, yet one that marks a pretty important development considering a lot of commercial fishermen (from both developed and developing countries) who cannot attend conferences like IMCC4 or other such events.

In August we were awarded Charitable Status in Scotland: Charity number SC046788

In September, Evie organised the delivery of some excellent outreach at the British Science Festival and the team began assisting the Convention on Migratory Species (CMS) with the development of a seagrass and dugong e-resource kit. RJ chatted with Andrew Lewin about Project Seagrass on a Speak Up For Blue interview podcast and the team led the development of a statement released by the World Seagrass Association about the global need to conserve seagrass meadows which has been signed by over 170 of the world’s leading scientists. This was featured by the BBC and covered in news stories around the world.

In September the WSA’s call to action made headlines around the globe.

In October, with the expert assistance of Jake Davies and Edd Hind-Ozan, we held the 12th International Seagrass Biology Workshop which brought together nearly 200 seagrass scientists from across the world to talk seagrass. With plenaries from Carlos Duarte on Ocean Optimism, Teresa Alcoverro on seagrass / herbivore interactions, Jeanine Olsen on leveraging omics for seagrass biology, Peter Macreadie on Blue Carbon and Johan Eklöf on resilience and ecosystem feedbacks the conference was an huge success and really put seagrass on the map in the UK. The following week RJ attended the MCSUK Showcasing Scottish Seas conference which was hosted by the Royal Zoological Society for Scotland at Edinburgh Zoo.This month we also recorded evidence of our restoration trial success in Porthdinllaen giving us a big boost of #OceanOptimism!

In October we hosted ISBW12 in Nant Gwrtheyrn, Wales

In November our SeagrassSpotter app was updated and released, making it possible to record seagrass sightings across the North Atlantic (except the USA) and in the Mediterranean Sea, (more updates coming in 2017!) and RJ was nominated as one of National Union of Students 30 faces as a global sustainability leader.

In November our update to SeagrassSpotter allowed sightings to be input from across Europe.

Finally in December we ran our annual seagrass Christmas countdown calendar (our best to date – thank you Evie!) and SJ announces she’s running three marathons to raise money for Project Seagrass in 2017 #ThreeBeforeThirty. To round the year off RJ, Ben and Rich attend an end of year directors meeting in Cardiff and Andrew Lewin announces that RJs Speak Up For Blue podcast is one of his Top 5 Interview podcasts of 2016. 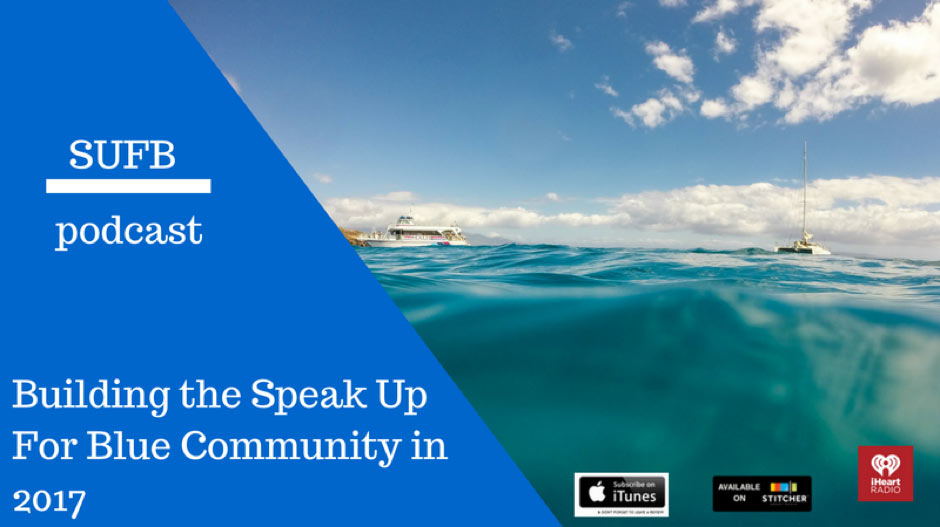 In December RJs seagrass podcast was the 5th most downloaded of 2016.

Happy New Year #TeamSeagrass! All the best for 2017!