Spotlight on Scotland: The Sound of Jura

The weather in Scotland has been beautiful recently making the start of my Spring fieldwork very enjoyable – although surface water temperatures of 7 or 8℃ was a swift reminder that winter has only just left us!

The Friends of the Sound of Jura are an active member of the Coastal Communities Network, Scotland of which Project Seagrass is an Associated Organisation, and so this is not the first time I have had the pleasure of their company.

The Sound of Jura and Loch Sween contain some of the most fascinating and diverse marine life in Scotland. The Loch Sunart to the Sound of Jura Marine Protected Area was established to protect the extraordinary flapper skate (Dipturus intermedia) that lives there. The Friends of the Sound of Jura are keen to point out that:

“The International Union for the Conservation of Nature designates flapper skate as ‘critically endangered’, an unenviable category they share with the Sumatran rhino and mountain gorilla, meaning that the skate are among the rarest animals in the world, threatened with a high risk of extinction because of their rate of decline.”

The first seagrass site we visited was Carsaig Bay (main blog photo) where there are two meadows of eelgrass (Zostera marina). The first in relatively continuous and extends broadly the width of the buoys within the bay. The second is a smaller patch which can be found towards the north of the bay. In the summer months these meadows are reportedly full of life, and I would suggest definitely worth a snorkel if it’s safe to do so – the beach is very accessible. 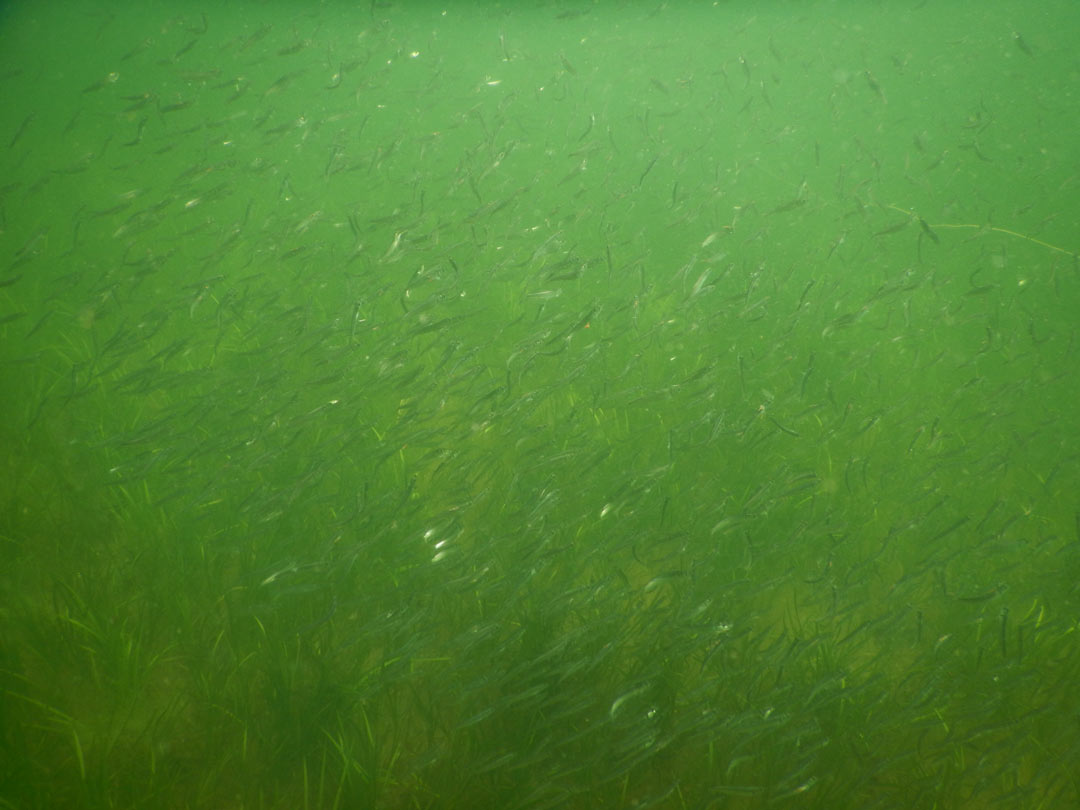 The second site we visited was Linne Mhuirich. Here there are meadows of both Eelgrass (Zostera marina), and Dwarf eelgrass (Zostera noltii). The Dwarf eelgrass is especially prevalent in the small basin at the south of Linne Mhuirich and is known to play an important part in the winter diet of the whooper swan (Cygnus cygnus), the mute swan (Cygnus olor), the brent goose (Branta bernicla) and the wigeon (Anas penelope). 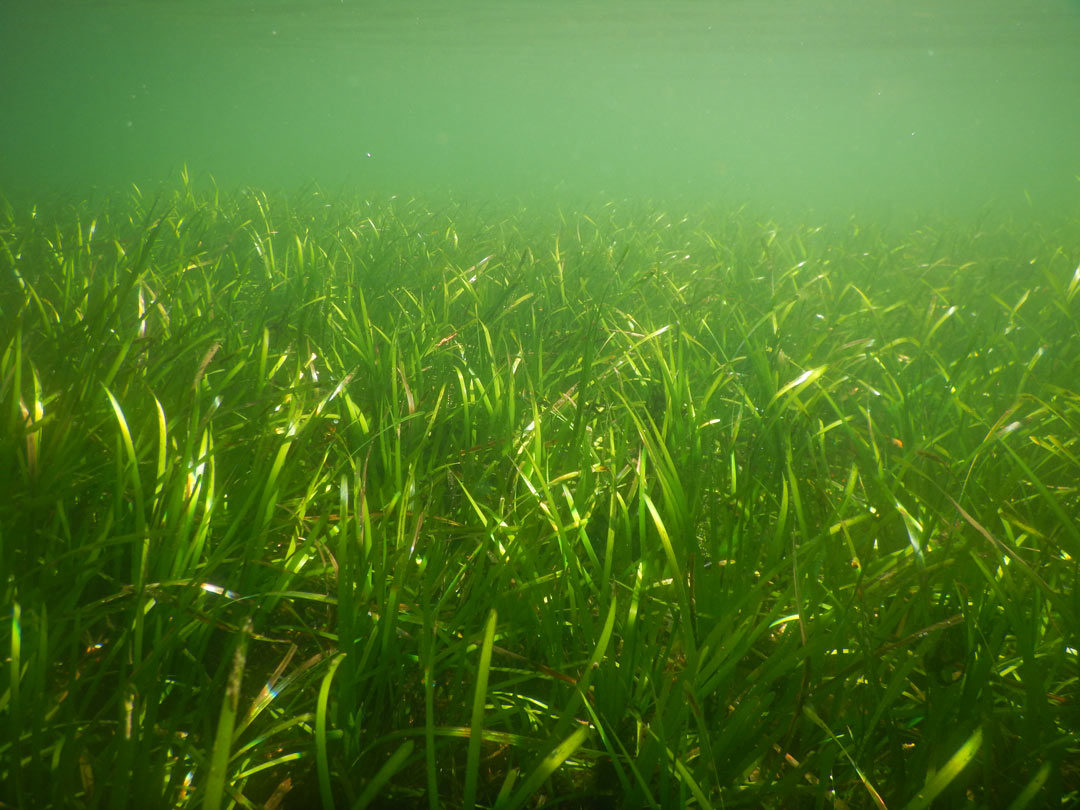 An eelgrass meadows in Linne Mhuirich in March 2016. Photo taken by Sound of Jura Seaweeds.

The final seagrass site is where the water enters/exits in the south of Linne Mhurich (where it joins Loch Sween). Here there are also eelgrass meadows around the Ulva Islands and Taynish Island. 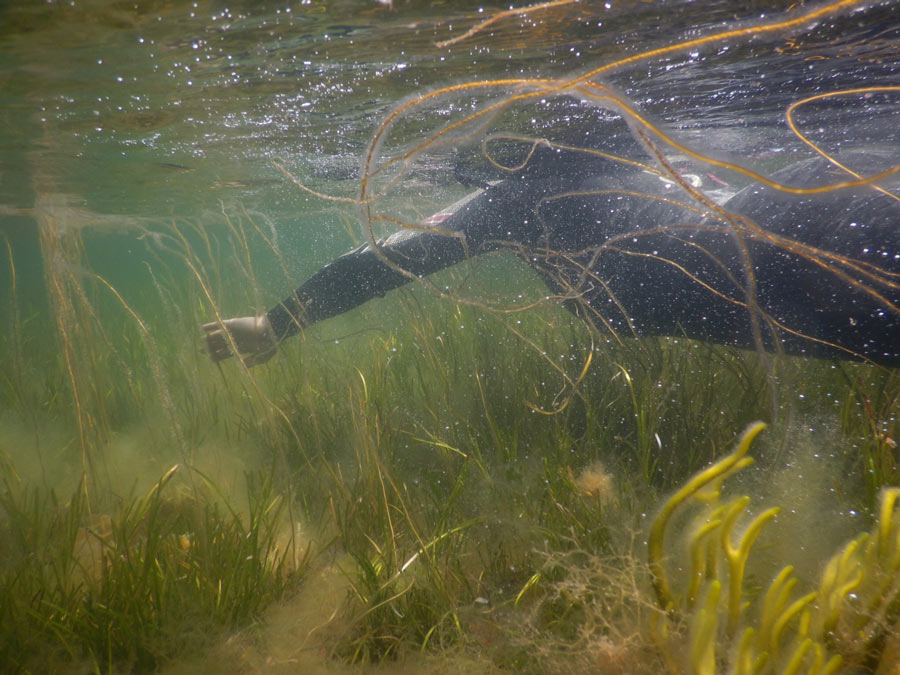 Mapping our seagrass meadows is a priority for Project Seagrass in Scotland as we move towards a national celebration of our seas next year (2020 has been designated Scotland’s Year of Coasts and Waters). 2020 is a year that will spotlight, celebrate and promote opportunities to experience and enjoy our beautiful coasts and waters and at Project Seagrass we want to make sure that seagrass meadows are front and centre of that conversation – so that we can identifiy and engage with meaningful restoration work in areas where it is needed.

The work of community organisations such as the Friends of the Sound of Jura are central to this effort, indeed as an organisation we couldn’t do half of what we do without the tireless efforts of individuals and communities on the ground (and in the water) who want to make a positive difference for their marine environment.

So thanks again to my hosts last week for sharing their extensive Local Ecological Knowledge with me, I’ll be back to see you soon!

PS – YOU can help contribute to seagrass conservation by spotting seagrass in your area. Download the app at SeagrassSpotter.org