Ocean Optimism – What is YOUR #ReasonToRun? 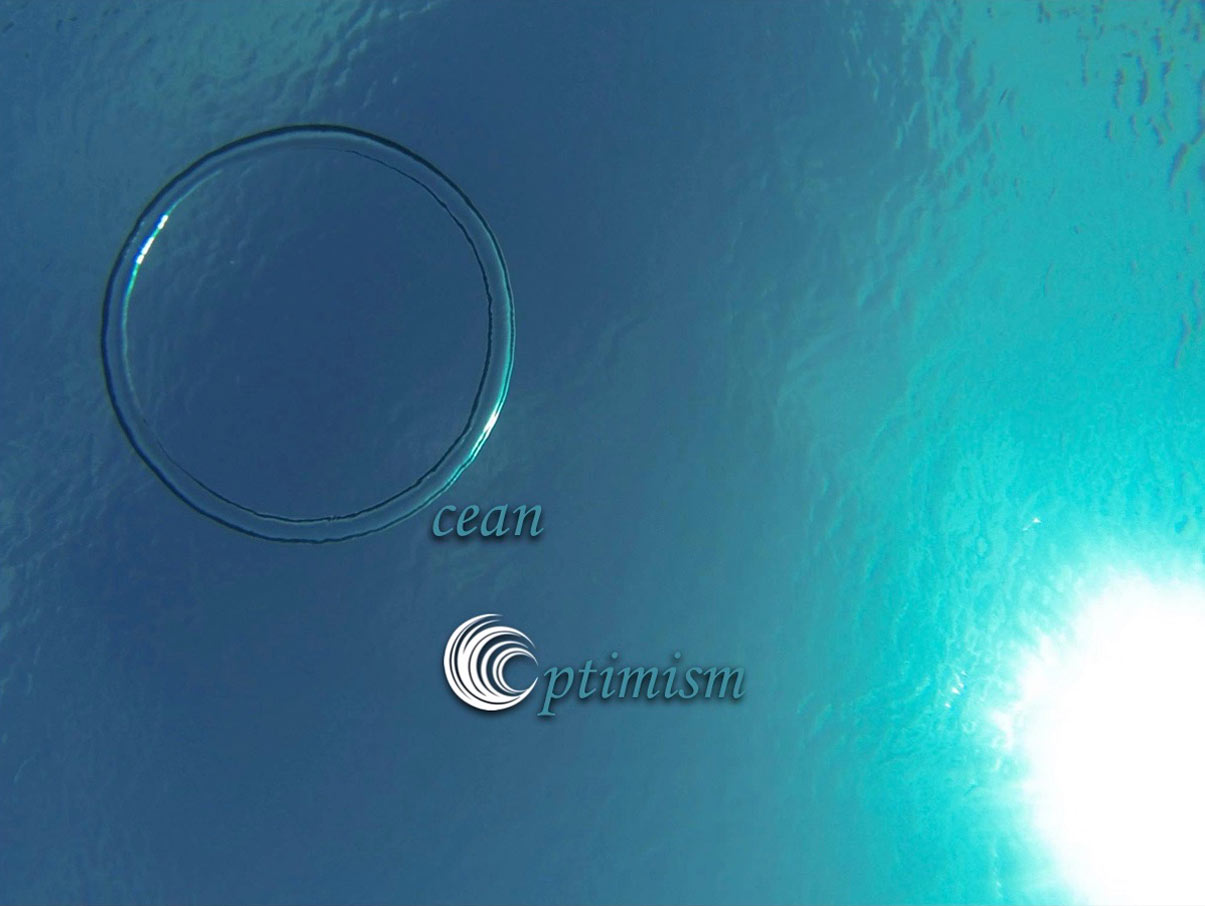 Over ONE MILLION participants have had a #ReasonToRun since the first London Marathon in 1981. The training and sacrifices involved with running a marathon are enormous, not least the amount of time it takes just to put the miles in day in day out, and the weekends that are geared all around your run! It’s a huge commitment, and yet hundreds of thousands of people run marathons every year, but WHY do they do it?

For many the challenge might be personal, testing themselves physically and mentally, and pushing their own limits, yet for others it has become a recognized medium for enabling positive change, for raising money for a charity and a cause that you believe in. In this sense, the marathon is more than just a race, it’s a celebration of the more positive sides of the human character! (and I think we all need that right now)

My #ReasonToRun is something that I would never have even thought about just 5 years ago, let alone be passionately supporting today, but then I guess the same could be said of many people training for these events… We all have those moments in life when we are blindsided by chance events that affect us deeply and personally. It is often these events that ignite a fire in us to ‘make a difference’ and ‘be the change’. I guess it’s about recognizing a need, and knowing that you have an opportunity to contribute to fill the void.

Does that make sense? 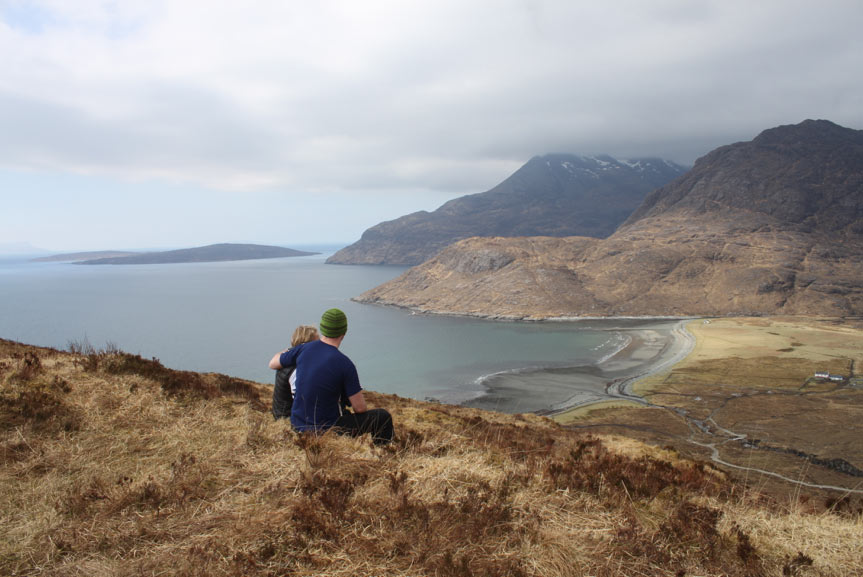 Like so many of us, my #ReasonToRun is deeply personal, I want to build a better world for my niece.

For me a real gear shift happened in September 2015 with the birth of my niece. Here before me was a magical little soul being born into turbulent world. I was instantly filled with both joy and fear for her future.

But why the fear?

From the wider Project Seagrass team I have learnt so in the last few years about the state of our world’s oceans, about climate change, and ‘food security’ (or should that be insecurity?). But what is “food security” I hear you ask? Well, let’s take one example…

Now, let us just think about it for a second, we need more and more fish each year to feed an ever growing population, even though we have less and less fish in the oceans each year!? How on earth (or in ocean) is that going to work!? I’m no scientist (or mathematician for that matter!), but even so, you don’t need a PhD to see that we can’t keep on doing things like overfishing!

If I keep taking money out the bank then one day it will run out – is that not obvious!?

I guess that, despite the popular saying, there are NOT plenty more fish in the sea!

Another (and linked) worrying matter for me is climate change! The Great Barrier Reef was recently described as being at a ‘terminal stage’ with back-to-back severe bleaching events have affected two-thirds of the reef. It pains me to think that we could be about to lose one of great natural wonders of the world. Like Sophie (below) it certainly makes me worried about bringing new life into the world. 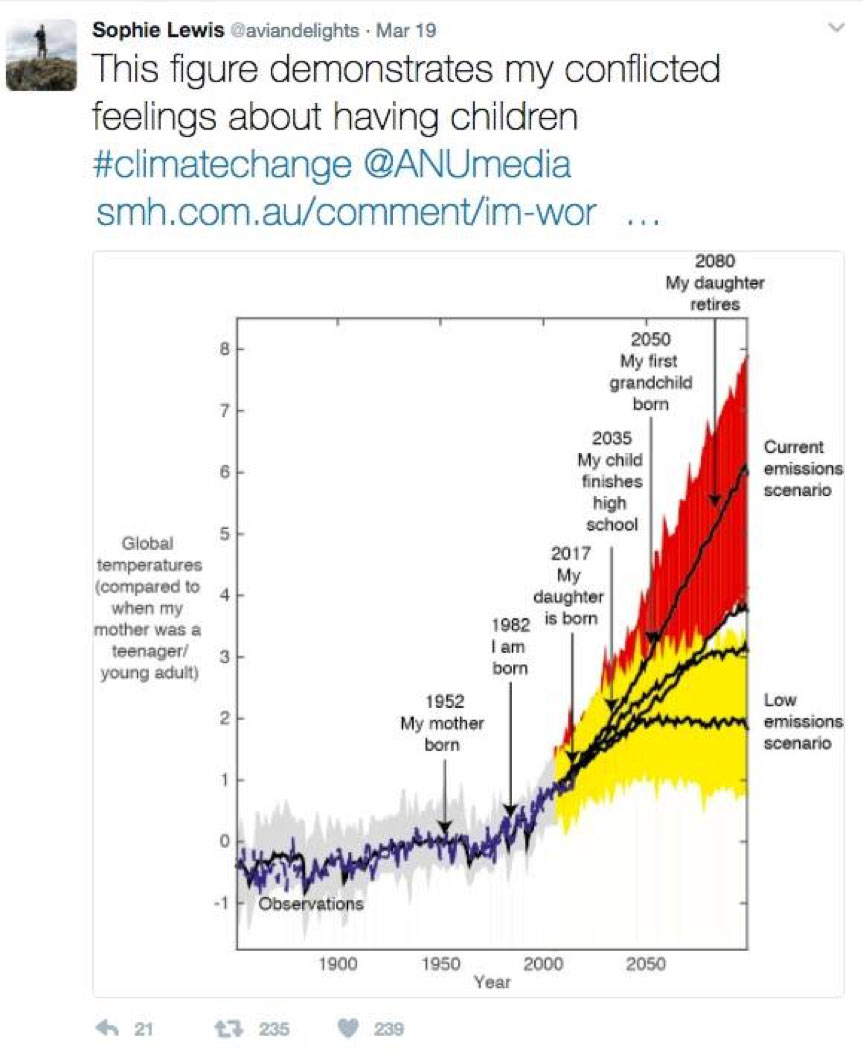 I get frustrated because it’s not like the climate is ‘magically’ going to return to how it was before, or that somehow fish are going to fill up our seas once more!

So my question you all is:

Is this really the world we are leaving for our children?

I find that it’s easy to get drowned in pessimism about the state of our planet. Especially with some questionable leadership in key positions at the moment! But that’s not to say that between us all our individual and collective positive actions are not making a difference. This is the mindset adopted by Project Seagrass. That of Ocean Optimism! Ocean Optimism started in June 2014 as a movement for sharing success stories, and the progress in solving marine conservaton challenges. Reaching over 60 million Twitter users since it’s inception, #OceanOptimism has inspired an international outpouring of marine conservation success stories.

My #ReasonToRun is therefore fairly simple, I want to raise awareness of global food insecurity and make a difference to Project Seagrass. By raising money for Project Seagrass I hope to enable them to continue to their hard work and do my bit to ensure that a different outcome is possible.

I chose Project Seagrass for two reasons. First, because seagrass combats climate change (it stores carbon dioxide underground), and secondly, because seagrass is a nursery ground for baby fish (it provides the fish we eat), so what better a habitat to support! 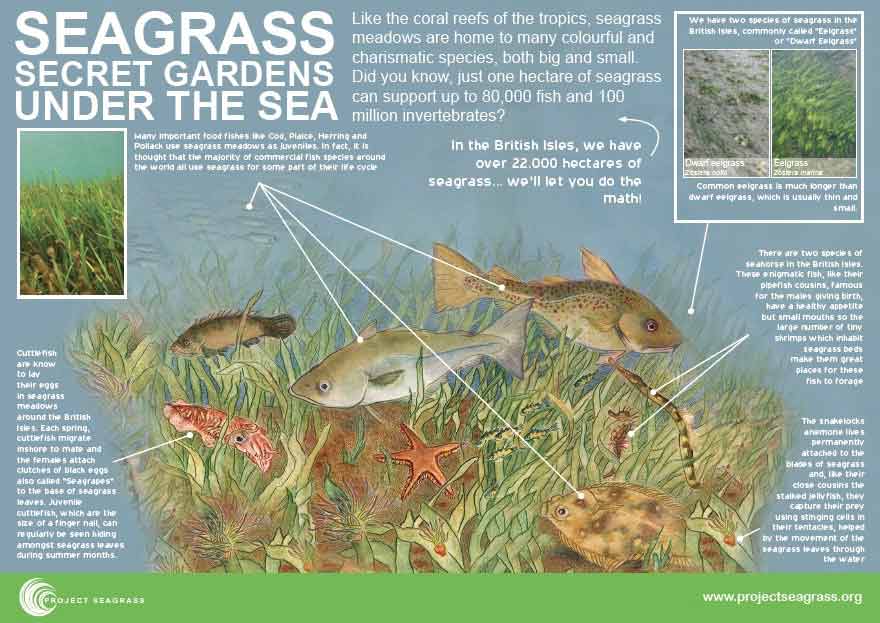 In the words of Howard Zinn.

“remember, small acts, when multiplied by millions of people, can change the world.”

Wish me luck for the Virgin Money London Marathon on Sunday!