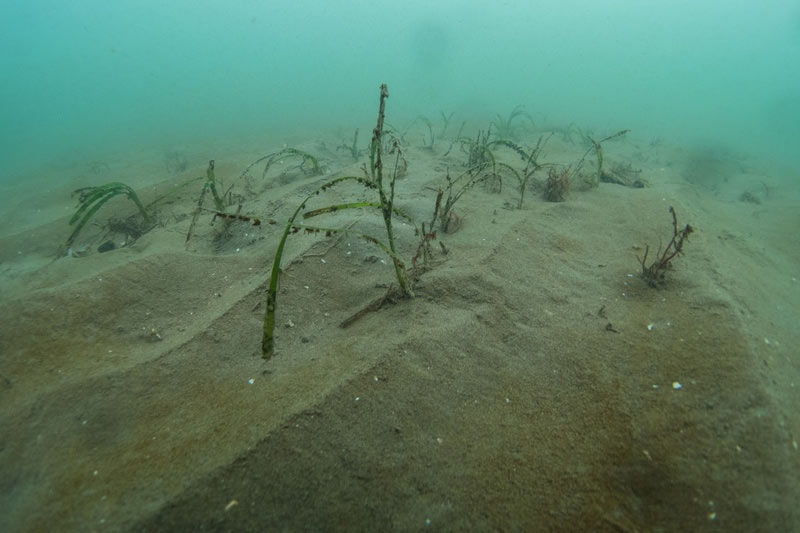 During April I returned to the Llyn Peninsula, along with Project Seagrass directors RJ Lilley, Ben Jones and Richard Unsworth to conduct the Spring SeagrassWatch survey, 1/4 of the yearly seagrass monitoring survey that we’ve been conducting at Porthdinllaen for the past two years. In addition, we also checking seeds from Project ReStore and also completed an additional survey at Abersoch. The aim of this survey was to officially record the presence of seagrass, specifically Zostera marina, in the area.

I had previously found seagrass in this area whist undertaking my masters project, conducted with the support of Project Seagrass. During this project I created a spatial model that predicted seagrass distribution based upon the physical characteristics that are required for growth. It identified that this southern coast of the Llyn peninsula, particularly Abersoch, have the right conditions for seagrass growth. 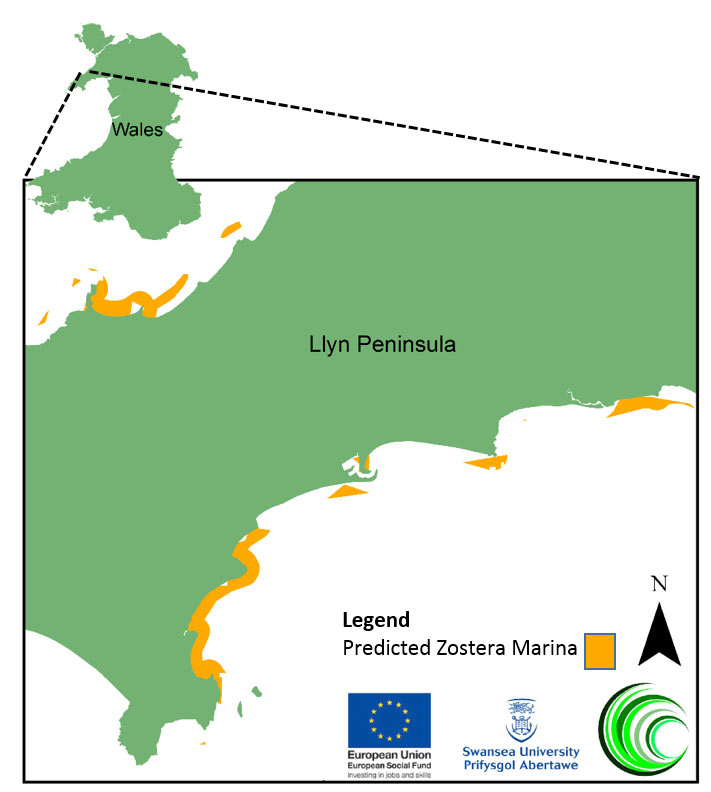 Map of areas where Zostera marina is predicted to grow

After checking the general location on the beach via GPS we headed out on a snorkel survey of the vicinity. The visibility was surprisingly good and we soon found and photographed the meadow, we also took GPS points of the meadow. 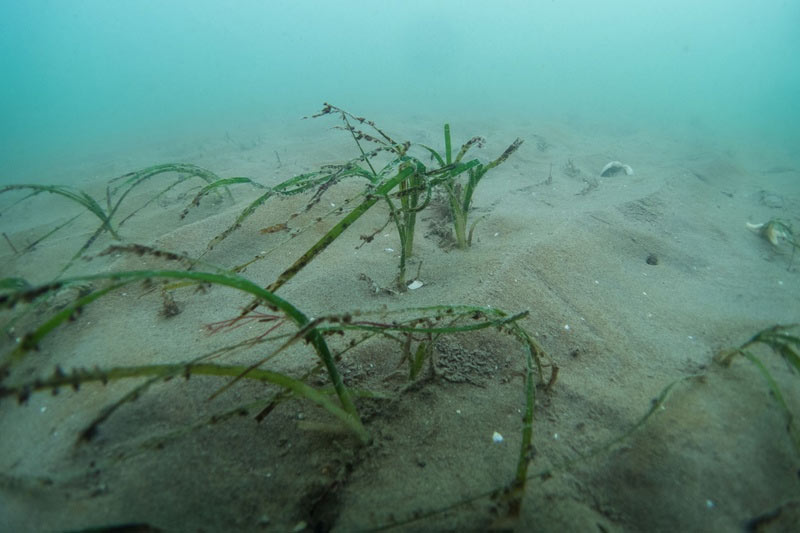 A picture of the long lost seagrass, last recorded in 1891

These photos represent the first time Z. marina has been recorded in this location since 1891 (A.H. Trow). Finding seagrass in this area shows how predictive modelling can effectively be used to complete targeted surveys and discover new meadows. The sighting is also visible on the seagrass recording platform, Seagrass Spotter and can be viewed here.

The project seagrass team are hoping to do further work around Wales, checking sites that the model has shown have the right physical conditions for seagrass growth. We will keep you updated with our progress.

If you want to support our efforts recording presence of seagrass in the UK check out the Seagrass Spotter app.