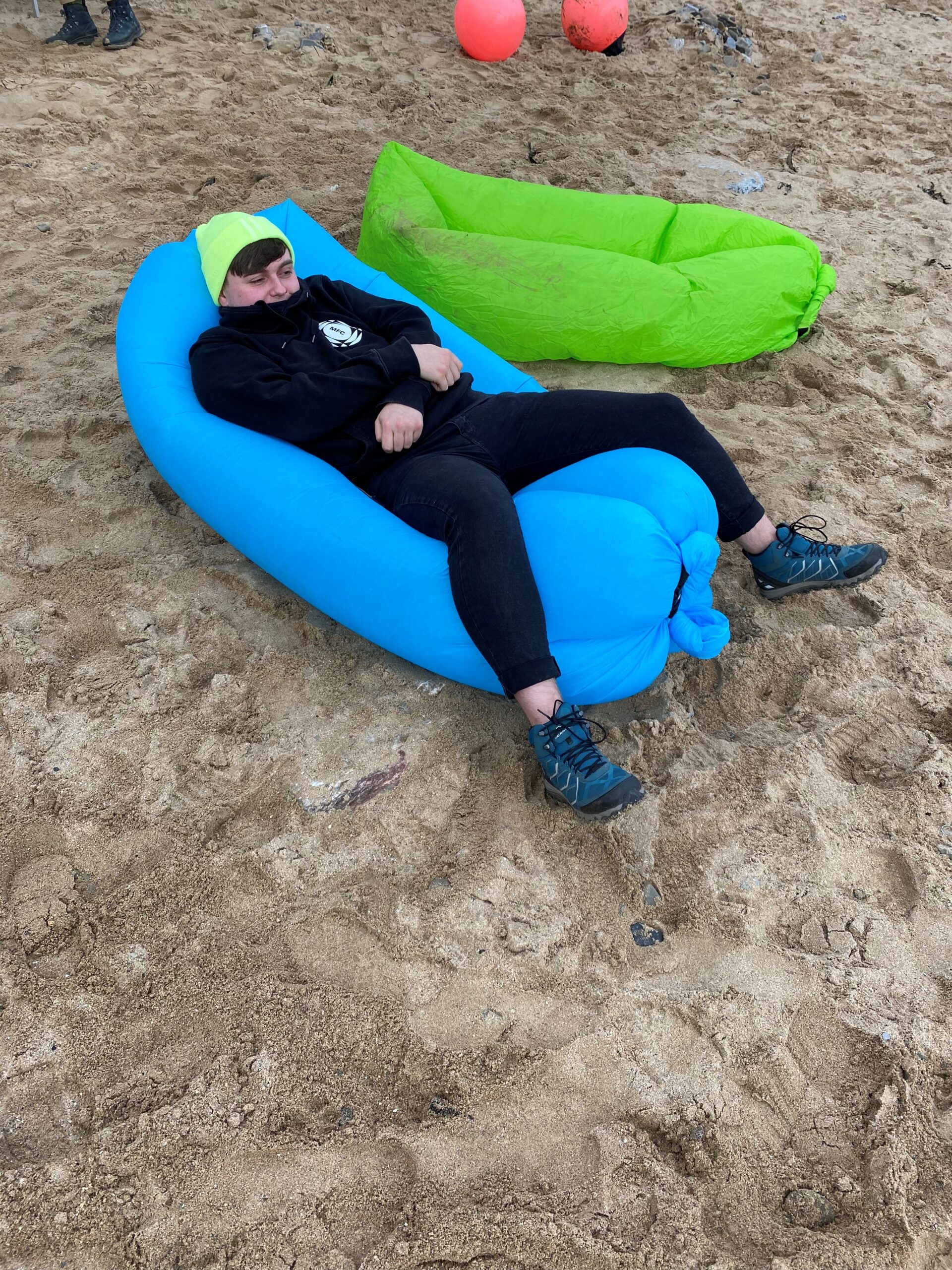 By Editorial February 8, 2022 No Comments

My name is Danny Rice, I am a 23 year-old Conservation Assistant at Project Seagrass. I began working for the charity in June 2021 due to the Government-funded Kickstart Scheme. Despite studying a Bachelor’s degree in Physical Geography and a subsequent Master’s degree in Climate Change, the COVID-19 Pandemic found me unemployed. I was so lucky to see this job posted as a Kickstart Scheme, so I applied through my work coach and got the job. I was thrilled and so thankful!

When I was 6 years-old, Boxing Day 2004, I was sat in front of the television, completely entranced with the news of the awful Tsunami that struck Indonesia and countries surrounding the Indian Ocean. A classic story my mother still tells people to this day. Ever since then I have had a profound interest in not only natural hazards, but the ocean itself and what it holds. How powerful is the ocean? How important is it for human and marine life? Is this tsunami a regular occurrence and a threat? It was not until my Master’s degree that I understood the ocean’s full potential in terms of climate change and not just hazardous tsunamis. But that knowledge was still very limited, because I still had no idea what seagrass was and how important it is for climate change and blue carbon.

Although my academic background is mainly geographical, the elements that account for seagrass decline (pollution, agricultural and urban runoff, nutrient overload etc.) are not alien to me and are issues I have studied in a geographical concept. Being able to utilise my GIS and mapping techniques for seagrass meadow distribution has been both interesting and fascinating. I have not yet had the chance to get out into the field with the team, but any seagrass mapping data and drone imagery that has been taken, I project into GIS at home, and conduct my analyses and data creation of seagrass meadows mapped from the drones. The work has been enthralling and someday soon I will hold the certification to fly my own drones and hopefully get out into the field to do my own drone surveys! 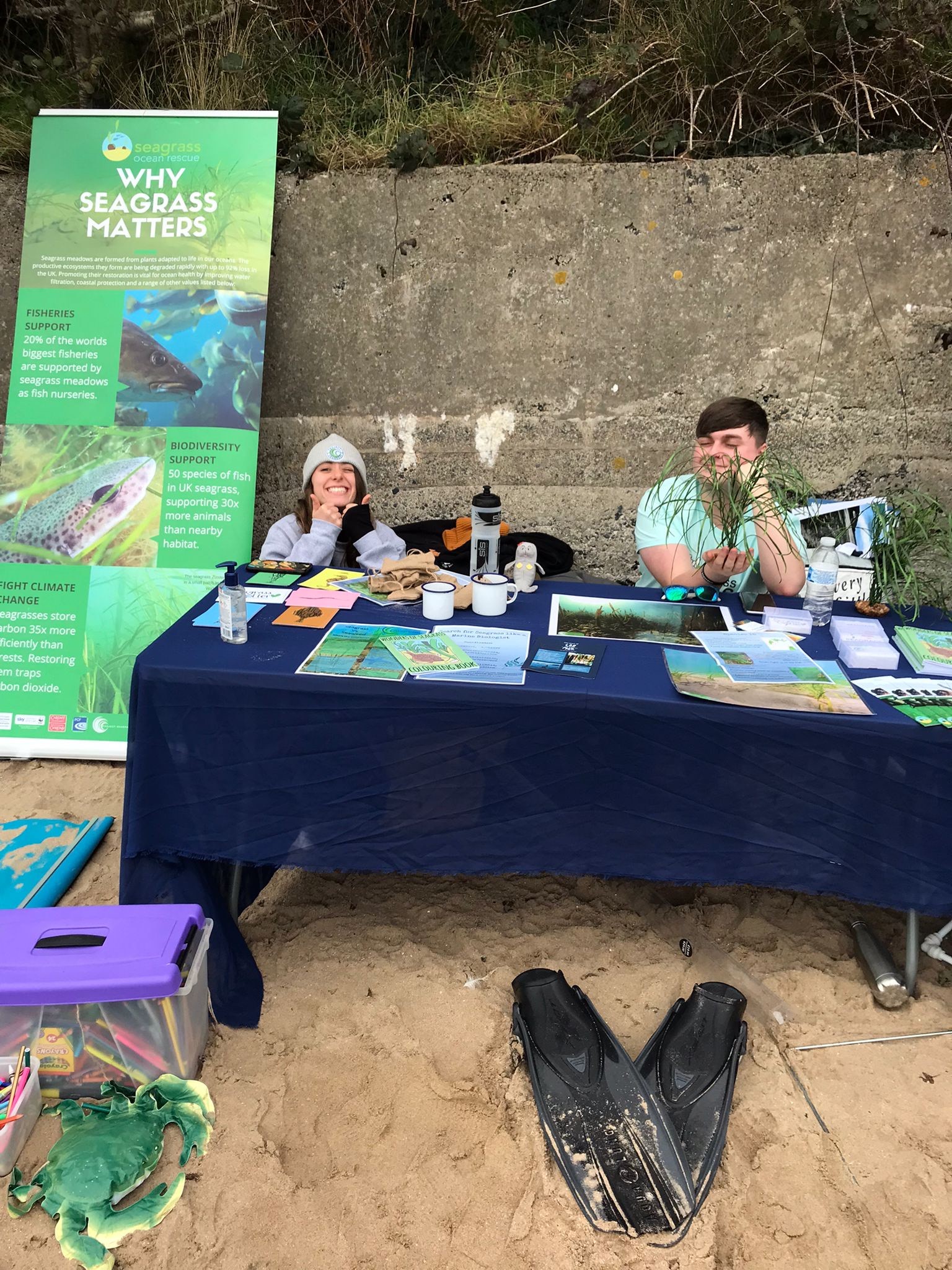 My work has extended to working alongside global tech company CGI in collaborating with a brand-new seagrass mapping tool, using satellite remote sensing data from the Sentinel satellite. The collaboration is part of CGI’s ambition to become Net Zero by 2026, and to promote climate change initiatives such as seagrass seed planting and mapping its potential distribution across the UK coastline for restoration and conservation efforts. I assist with the GIS work and provide ecological understanding of seagrass. This project has some direct links to my previous academic work – I did not think I would be conducting remote sensing work within the marine industry, which shows how exhilarating and interdisciplinary this job has been for me. Working with the CGI team has been very enjoyable, and a prime example of how important charity work is, especially within environmental conservation.

Every day, I feel like I am using my existing knowledge, but constantly gaining experience and understanding of our marine world and its importance for climate change. I have learned so much about seagrass and marine ecosystems in just 7 months – in geographical contexts to map seagrass, by attending outreach events to talk with other conservationists and the public, but also ecologically and biologically to understand its full potential in blue carbon. Thanks Project Seagrass!