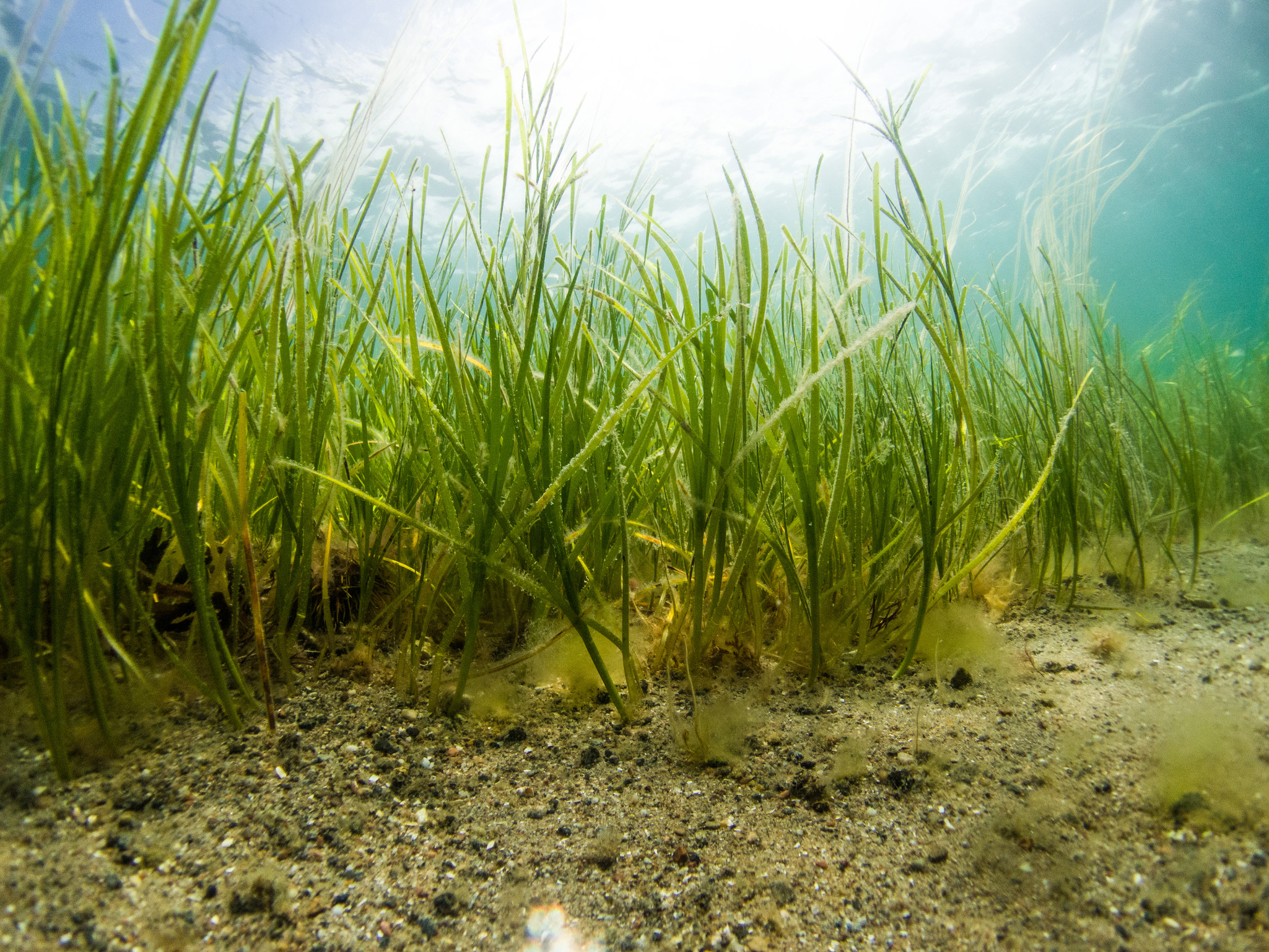 Eight years ago sat on a roof top café at Swansea University we ambitiously set up a small marine conservation organisation called Project Seagrass. Swansea has always seemed a fitting place for Project Seagrass to start. After all it was deemed the ‘lovely ugly town’ by its most famous son, the poet Dylan Thomas. Thomas also went on to describe the place as the ‘graveyard of ambition’, a phrase that’s referred to in an artistic inscription outside the local train station by a more modern Swansea poet that states “Ambition is Critical”.

The analogies to seagrass are striking, both entities with image problems and a lack of ambition. The seagrass worlds most famous son Carlos Duarte termed seagrass the Ugly duckling of marine conservation. The inception of Project Seagrass was ultimately built around wanting to turn seagrass into that Swan and not be content to remain the Ugly Duckling. Just like the City with a university of growing reputation, and a leading football club, Project Seagrass was created with ambition.

But times are changing for both seagrass and Swansea. When Carlsberg and Sky TV are sponsoring seagrass restoration, seagrass is in the latest GCSE syllabus, and political parties include it in their manifestos, seagrass has hit the big time. Seagrass is now the beautiful Swan, but now more than ever ambition really is critical for seagrass. Getting seagrass on the agenda is one thing, transforming the trajectory of this habitat is another thing. People have long appreciated the value of Coral reefs and Pandas, this appreciation alone hasn’t stopped their decline. The real battles are only just beginning for seagrass.

We face a climate emergency, we stare down the barrel of a nature crisis, and we walk blissfully unaware into the extreme challenges of providing food security for a growing global human population. Maintaining and improving the capacity of our oceans to help fight these challenges is an urgent need. We can no longer ignore the plight of our marine ecosystems; we need to conserve and restore habitats at scale urgently. Not in 10 years, but now.

In 2016, our director Benjamin Jones published his MRes thesis showing the perilous state of the UKs seagrass, Alix Green has just followed that up with a long-term estimate of the sheer scale of seagrass loss that’s occurred throughout the UK. Seagrass in the UK is not in a pretty state, and globally the trajectory is just as bad, with the Global Wetlands project revealing in a recent paper the scale of the continued global loss of seagrass. The Ugly Ducking may well have become the Swan, but this doesn’t mean the Swan is healthy. The worlds seagrass meadows still have major problems, as does the city of Swansea. Although enormous progress is clearly being made in seagrass restoration, with places such as Sweden, the Netherlands and the US storming ahead with their successful projects, its no good planting in one location if we’re losing it faster in another. Seagrass conservation must be way more than just restoration.

Building on The Global Goal for Nature, at Project Seagrass we’ve begun to discuss the concept of how we can reach a state of Zero Net Loss of Seagrass, and ultimately create a vision towards Net Positive for Seagrass and eventually Full Recovery for Seagrass. Even at the spatial scale of Wales as a nation, this is no easy conundrum to solve. Just like the poverty and social challenges of Swansea that remain deep rooted, we recognise that on our 8th birthday, problems for seagrass are also deep rooted, and ambition for seagrass is critical now more than ever.