Who knew saving the planet could be so peaceful? 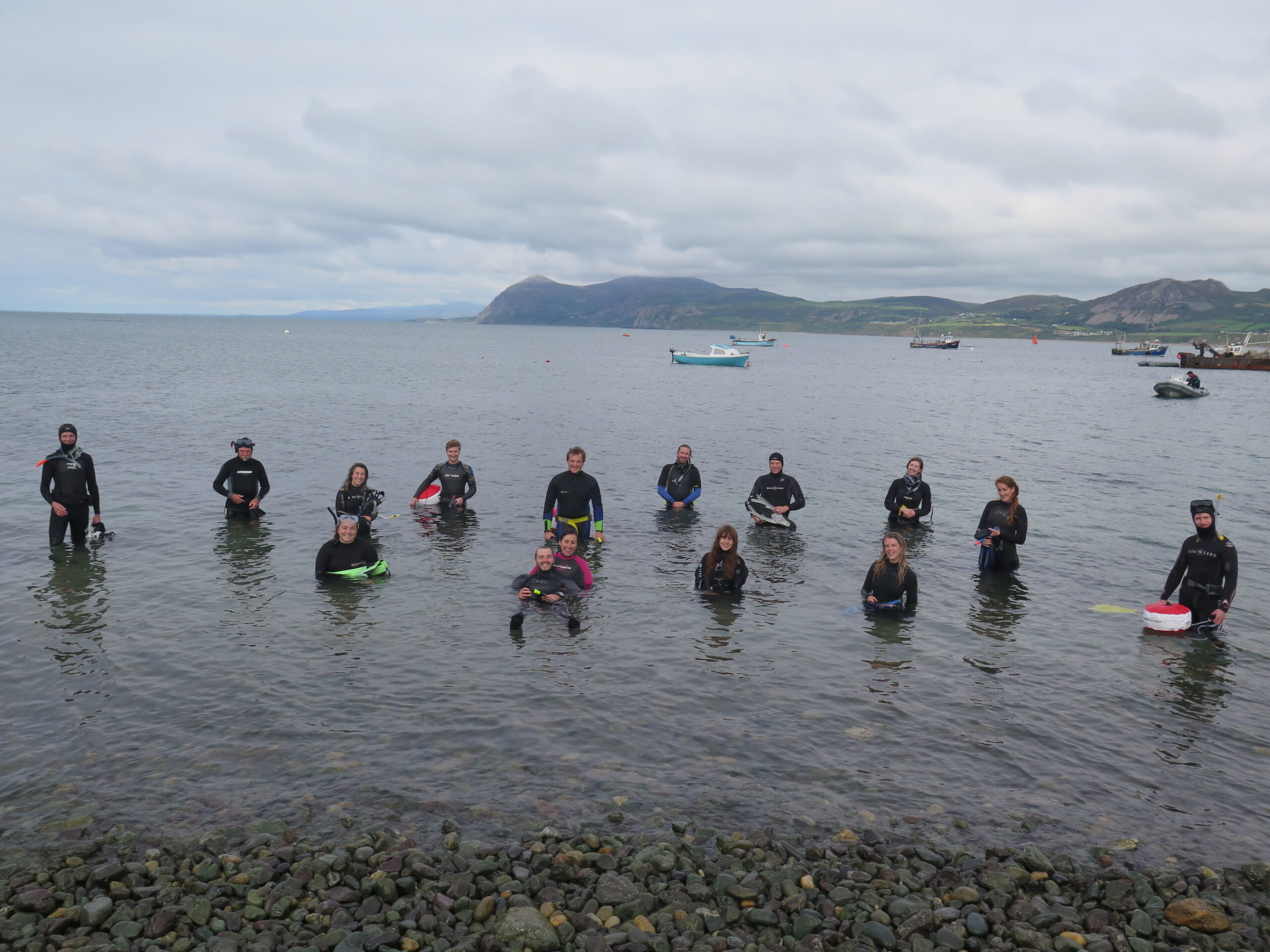 Like many of you, WWF staff have been working from spare rooms, kitchen tables and the occasional garden patio for the past few months. When a call came to join our partners at Project Seagrass and Swansea University on a seagrass seed collection trip to North Wales, it was a welcome break from the (new) norm.

WWF has been working closely with Project Seagrass, Swansea University and Sky Ocean Rescue to conduct the biggest seagrass restoration project undertaken in the UK – aiming to restore 20,000 m2 of the marine plant, following the disappearance of up to 92 per cent of the UK’s seagrass in the last century. We’re always keen to share accounts of our work with partners with our supporters so with that in mind, I travelled to Porthdinllaen hoping to contribute to the long-term task of collecting up to a million seeds for planting at and also to document how and why we’re taking on such an endeavour!

Our days began by greeting the dawn at low tide with mesh bags in hand as we waded through the shallows, searching for the bright green shoots that that indicate seed-bearing spathes of seagrass. These peaceful, pre-coffee excursions were taking place in the midst of a pandemic and so each of the  volunteers setting forth each morning were alone together as we quietly spread out across the meadow for some socially distanced seed picking. After a week, I was convinced that no form of morning yoga, meditation or lie-in could be quite as restful as this!

As the tide turned, we’d leave the bay and return in the afternoon when conditions were better for getting in the water and collecting seeds from deeper parts of the meadow. These were more energetic affairs – our makeshift snorkelling staging post abuzz with activity as people grappled with masks, fins and snorkels and braced themselves for a dip the chilly waters of the Irish Sea in August. With so little seagrass remaining in the UK, I’m reminded whenever I swim above what a shame it is that so few get the chance to experience the closest thing we have to underwater forests that exists within yards of the shore. As I dived from surface to seabed to search for seeds, I’d catch glimpses of the wildlife that depends on seagrass for shelter and sustenance – anemones clinging to individual blades of grass, spider crabs tracing the boundaries of individual patches and the young fish darting across the meadows that double up as their nurseries. Each afternoon, I’d promise myself that I’d remain in the water a little longer than the previous day, shortly before bouts of uncontrollable shivering would send me to shore after little less than an hour!

After every session, our collected bounty would be added to a huge tub of harvested of seeds back at base which provided two constant reminders and affirmations of our progress – the first being the ever growing quantities… and the second being the ever worsening smell as the shoots collected earlier began to gently decompose and separate from their previously tightly held seeds. Suffice to say, there are some things we’re happy not to share with our supporters…

Our seagrass meadows remain at risk and with so many of our iconic coastal species reliant on them, we can ill afford to lose more. What is less well known is that the case for restoring meadows, like the one at Port Dale where these seeds will soon be planted, is one that could help us save the planet. Healthy seagrass meadows can capture and store carbon emissions at a rate 35 times faster than tropical rainforests. We hope that this work of this partnership will lead to further successful restoration efforts across the country and bring a brighter future for these incredible coastal ecosystems.

Words and photos by Sean Clement