What is blue carbon?

It is likely that we have all heard of carbon but what might not be known is the fundamental role it plays in our ecosystems. Carbon will naturally move between the atmosphere and the earth’s surface through interactions between organisms and ecosystems in a process known as the ‘carbon cycle’. In the carbon cycle, carbon can be a gas in the form of carbon dioxide (CO₂), or solid within organisms and rocks. On land, in what is known as terrestrial ecosystems, CO₂ can be captured, or sequestered, from the atmosphere and stored within plants in the process called photosynthesis. Here, plants use CO₂ and sunlight to create food for the growth of new plant tissue.

This is a very basic description of the carbon cycle but what is not mentioned is the role of the ocean and marine ecosystems. Carbon exists in the sea in multiple forms (as seen in Figure 1). It can be dissolved in the water itself, stored by organisms in their bodies, buried in soil, or stored in rocks (Barnes, 2020). Carbon will move throughout these different stages and will be stored for different lengths of time depending on the stage. For example, carbon stored in plants and animals will be stored for the duration of that organism’s life. After it dies, some of the carbon will be released back into the atmosphere as CO₂ as bacteria breaks it down, and some will be buried within the sediment. Carbon that is buried within the sediment can be trapped and stored for much longer periods of time. In some cases, carbon stored in the plant tissue of rainforests can be retained for decades or centuries, but carbon stored within sediment can last for millennia (Nellemann et al., 2009). 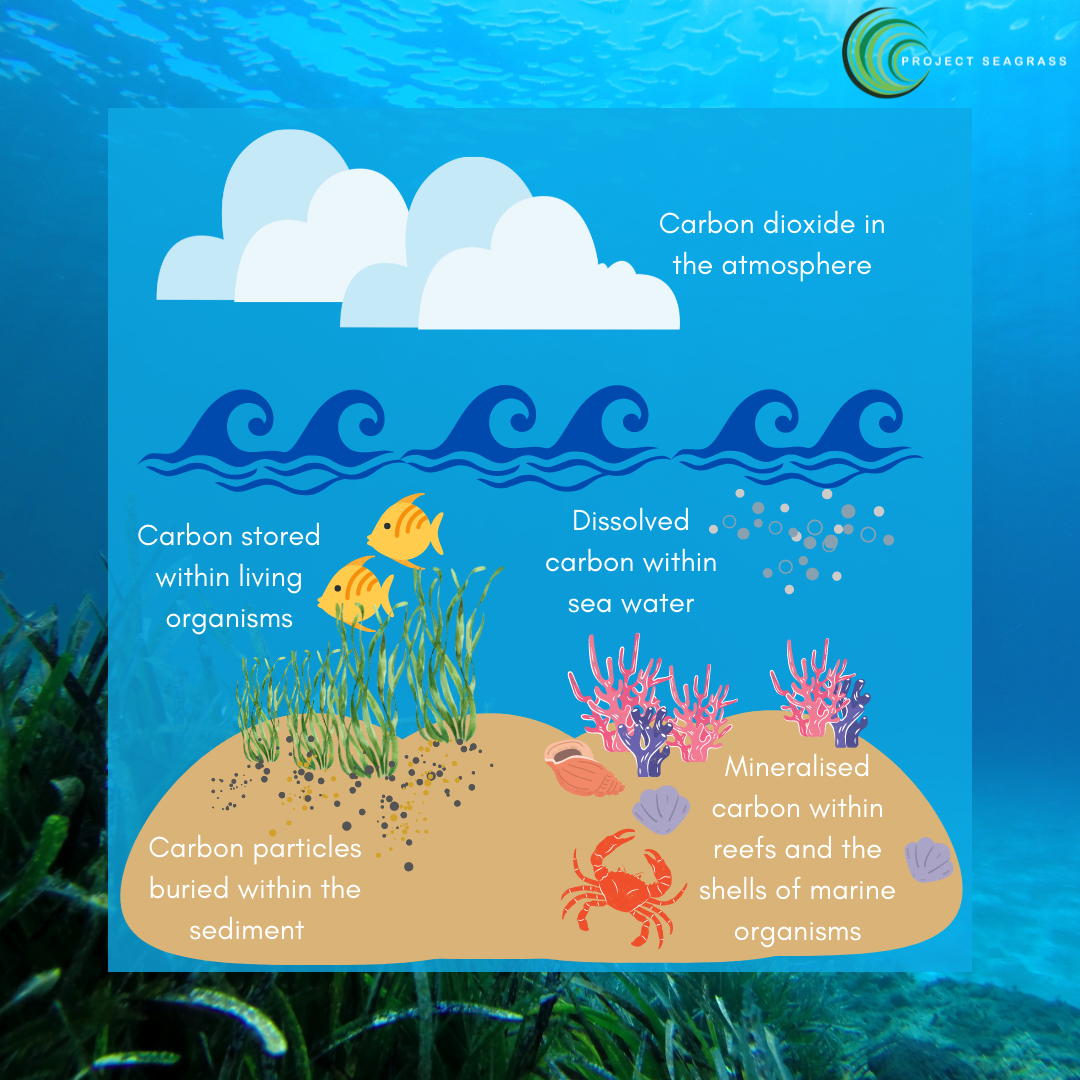 Figure 1: the oceans role in the carbon cycle.

What is Blue Carbon?

Whilst all marine life has a part to play in the carbon cycle, there are certain ecosystems within our oceans that act as major carbon stores, or carbon sinks, capable of capturing carbon in numerous types of forms. Think of it as the oceans equivalent to terrestrial rainforests that capture carbon and store it within their plant tissue and soils (Nellemann et al., 2009). The main blue carbon ecosystems include seagrass meadows, kelp forests and mangrove forests (Macreadie et al., 2019). Carbon that is captured and stored is called blue carbon (Nellemann et al., 2009). Figure 2 shows the three main blue carbon environments mentioned above. 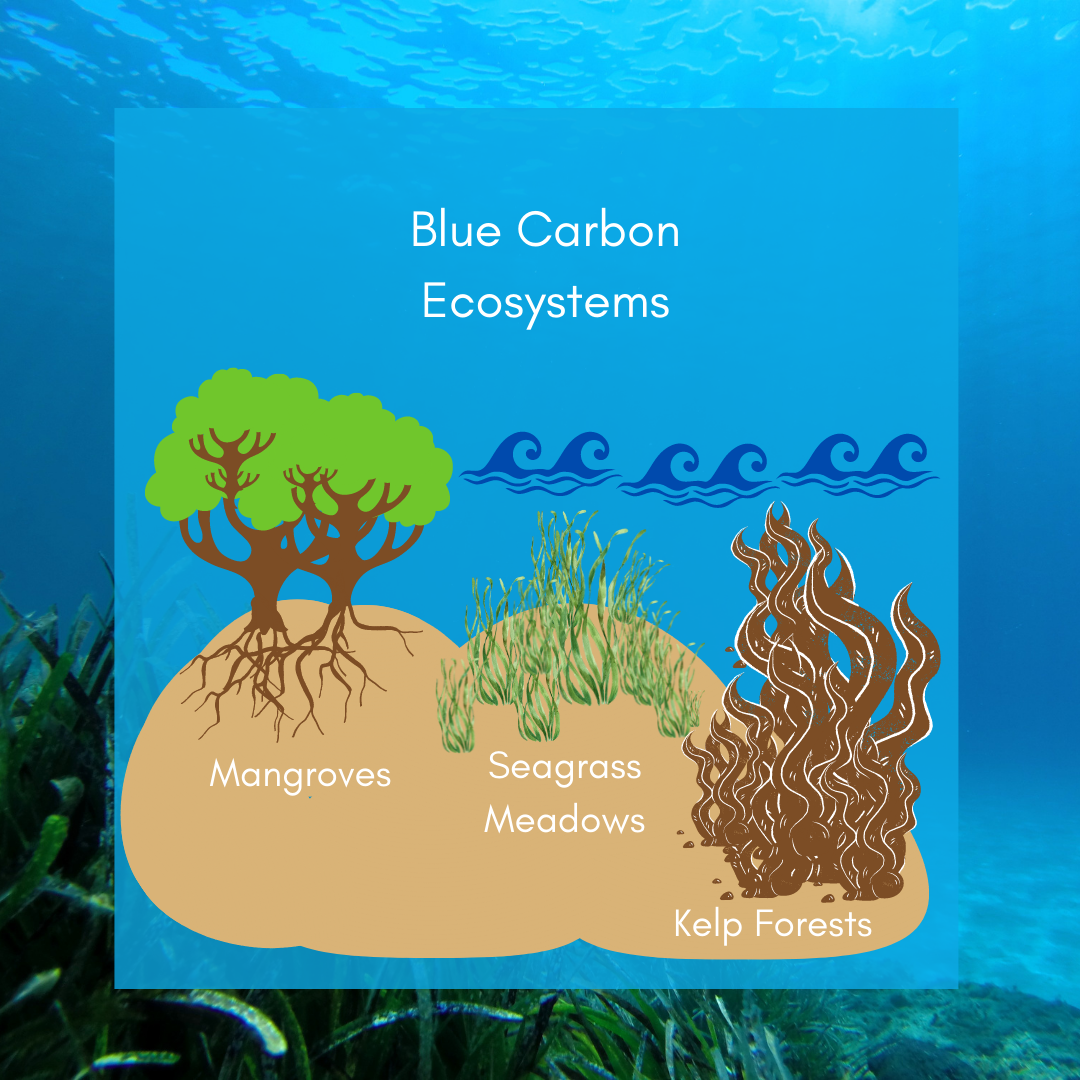 How is Blue Carbon captured and stored?

There are two forms of carbon, organic and inorganic carbon. Inorganic carbon can be found in the environment as CO₂. The storage of atmospheric CO₂ in the oceans is complicated due to the barrier of water between the atmosphere and the blue carbon stores below. Because of this, CO₂ must dissolve into seawater to reach the blue carbon ecosystems below. After dissolving, CO₂ can be used by plants for photosynthesis, or it is mineralised into a hard carbonate by the likes of coral reefs and shell building organisms. Organic carbon on the other hand is found within the tissue of living organisms. Like terrestrial plants, some blue carbon ecosystems such as seagrass meadows can photosynthesise and store carbon within their plant tissue.

What is unique about blue carbon ecosystems is that they can store both organic and inorganic carbon that they have sequestered and collected themselves, as well as storing carbon that has been sequestered by other terrestrial and marine ecosystems. Tidal and fluvial systems bring carbon particles from other marine and terrestrial suspended within its waters. Blue carbon ecosystems provide resistance to the flowing particles in the water column. They slow the speed of the water and capture the particles, encouraging them to be deposited into the sediment below. Dense root systems in the sediment provide protection preventing particles from being re-suspended. Over time, the carbon particles build up with old particles being buried below influxes of fresh material burying and protecting the carbon. This unique characteristic is the reason why blue carbon ecosystems can store ten times more carbon by burial than terrestrial ecosystems (McLeod et al., 2011). Figure 3 uses the example of a seagrass meadow of how different sources of carbon particles can be caught and stored within its sediment. 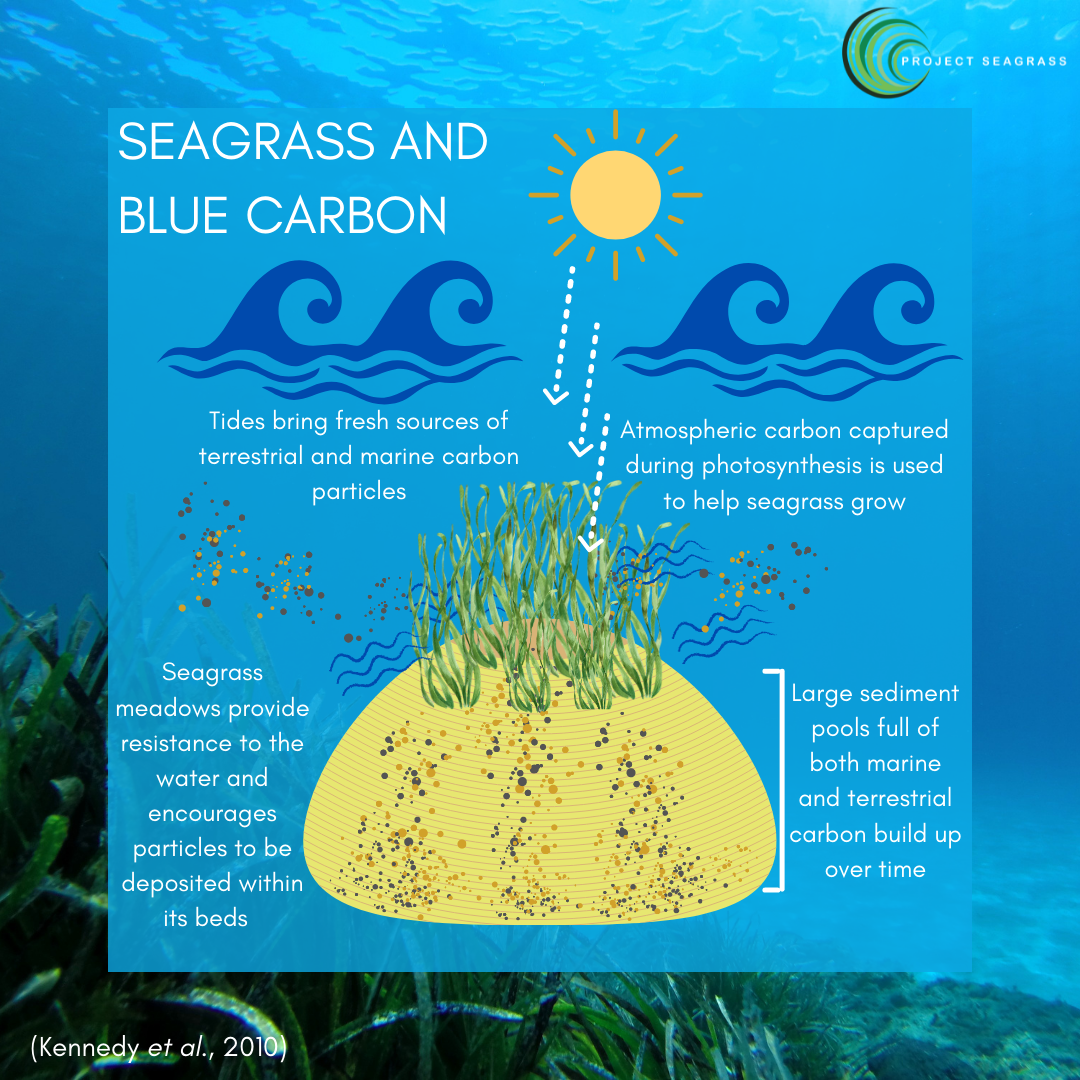 Figure 3: seagrass and its role in the blue carbon cycle.

Blue carbon ecosystems offer many benefits to our oceans and coastlines including environmental protection, promotion of high biodiversity as well as carbon sequestration and storage. With governments and multi-national corporations acknowledging blue carbon ecosystems as the climate-combating solutions that they are, it is exciting to see blue carbon being given the recognition that it deserves. What is important for the future is continued protection and restoration of these environments. If we help to protect them, they will help us in our fight against climate change.

Jenny is a masters student studying Aquaculture, Environment and Society in association with the University of the Highlands and Islands, University of Crete, Université de Nantes, and Radboud University. Her interest in blue carbon began with her Geology BSc dissertation where she investigated carbon storage within the soil of Scottish seagrass meadows. Since then, she has been focusing on the potential of blue carbon ecosystems and how they can be involved in carbon storage, environmental restoration, and food supply.

McLeod, E. et al., (2011). A blueprint for blue carbon: toward an improved understanding of the role of vegetated coastal habitats in sequestering CO₂. Front. Ecol. Environ. 9, 552–560