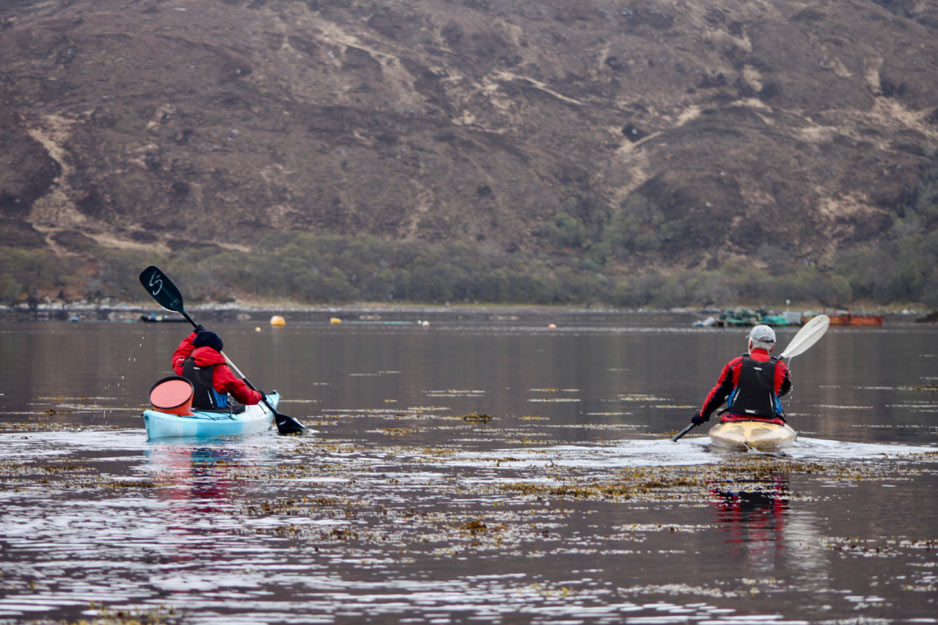 Kayaking on the Isle of Skye’s lochs you feel as though you’re a million miles from civilisation; back to basics with wildlife flitting about you and crystal clear waters to peer into. There’s no rumble in your ear of background traffic noise or aeroplanes going overhead. Just you, your paddling buddy and the creatures that decide to make themselves known. 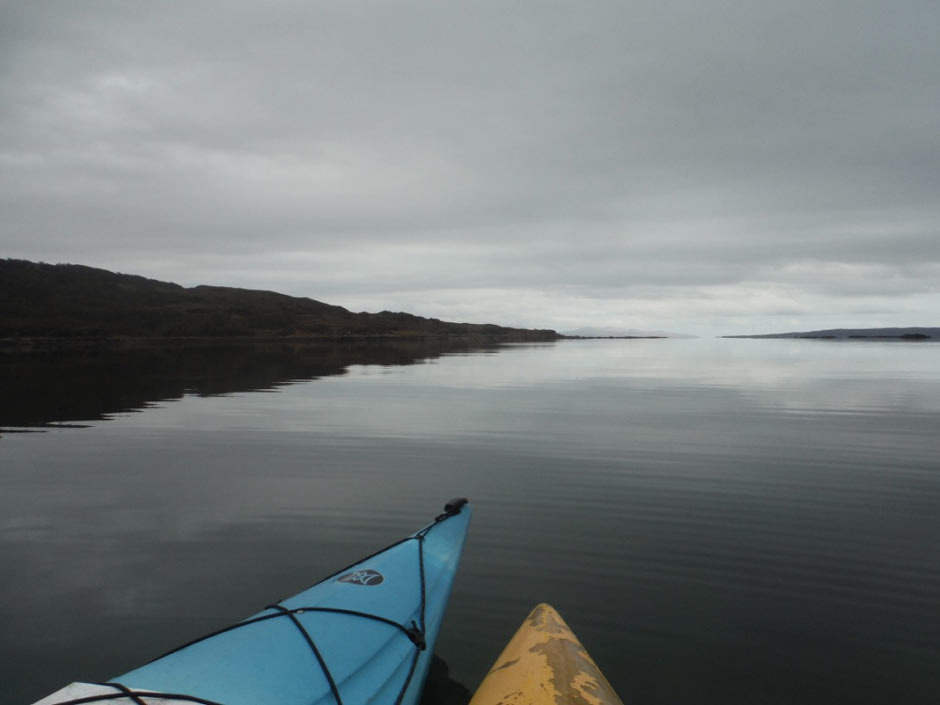 Feeling completely remote on Loch Eishort.
Being somewhere that appeared so untouched by man is a luxury hardly ever come across in the modern day, but the illusion was burst as we stopped at a beach at the top of Loch Eishort. The place was awash with tropical blue – bright blue nets and ropes, tubs and wrappers. A sea of rubbish. Mixed in were huge buoys washed up from the mussel farm across the loch. You can’t help but wonder why the farmer doesn’t make the less than five-minute boat ride across the loch to retrieve them, rather than splashing out on new ones? Doesn’t he / she worry for the health of the mussels with that much rubbish just the other side? Mussels are filter feeders, taking in any particles in the water, including degrading plastic. 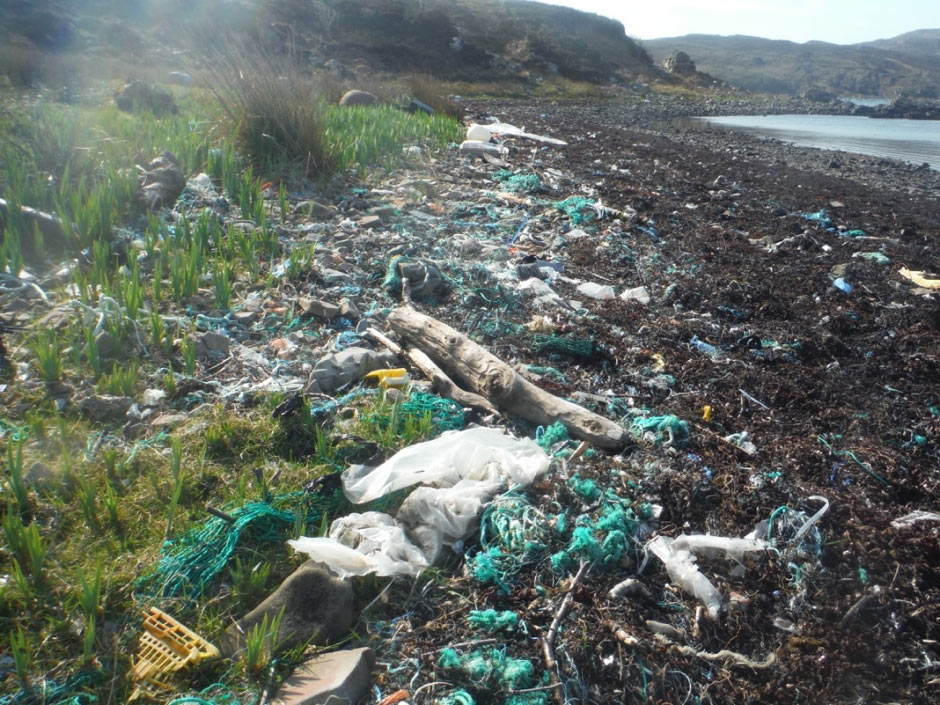 A glimpse of the rubbish at the top of Loch Eishort.
But it’s not just the top of Loch Eishort where we were shocked. Camasunary is a bay on the Isle of Skye only accessible by boat or walking a few kilometres over a rocky track. Reaching it you expect to be isolated from the world, but instead we were greeted with all of man’s rubbish. (On a more positive note, we did find some seagrass washed up in with the rubbish, so hopefully there’s a healthy bed close by!). 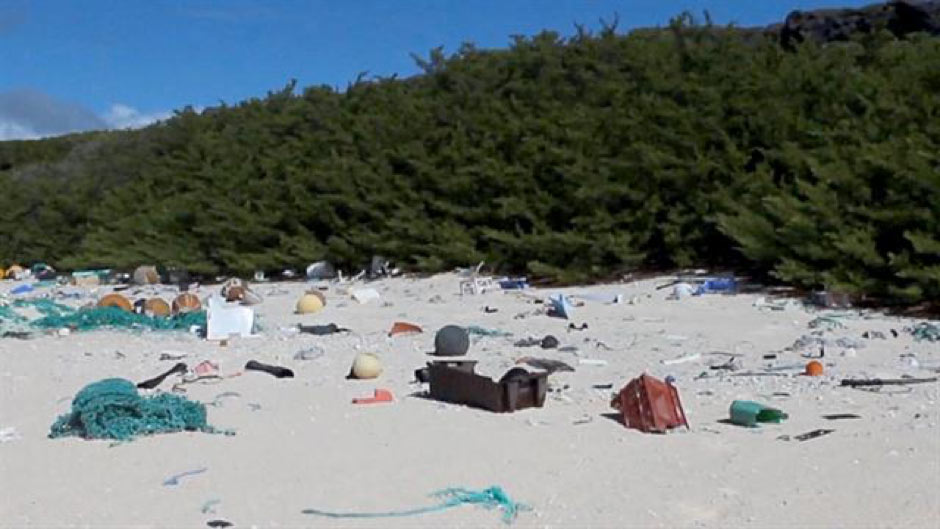 An uninhabited island.
It makes stories such as Henderson Island, one of the world’s most remote islands, having been found to have nearly 18 tonnes of plastic weighing it down, sadly, less shocking. If we can leave this much mess in areas where we can get to, then there’s no surprise that it’s spreading to places where humans should never be. Our way of thinking needs to change. Plastics are not a onetime thing, we need to reduce the amount we use and reuse everything else. The plastic bag charge was one small step in the right direction, but we need a lot more. Choose veg without tonnes of wrapping, try to avoid one use coffee cups, retrieve that buoy instead of buying a new one; small changes will add up. Let’s try to save those last few untouched havens.
Thanks for reading!
Evie