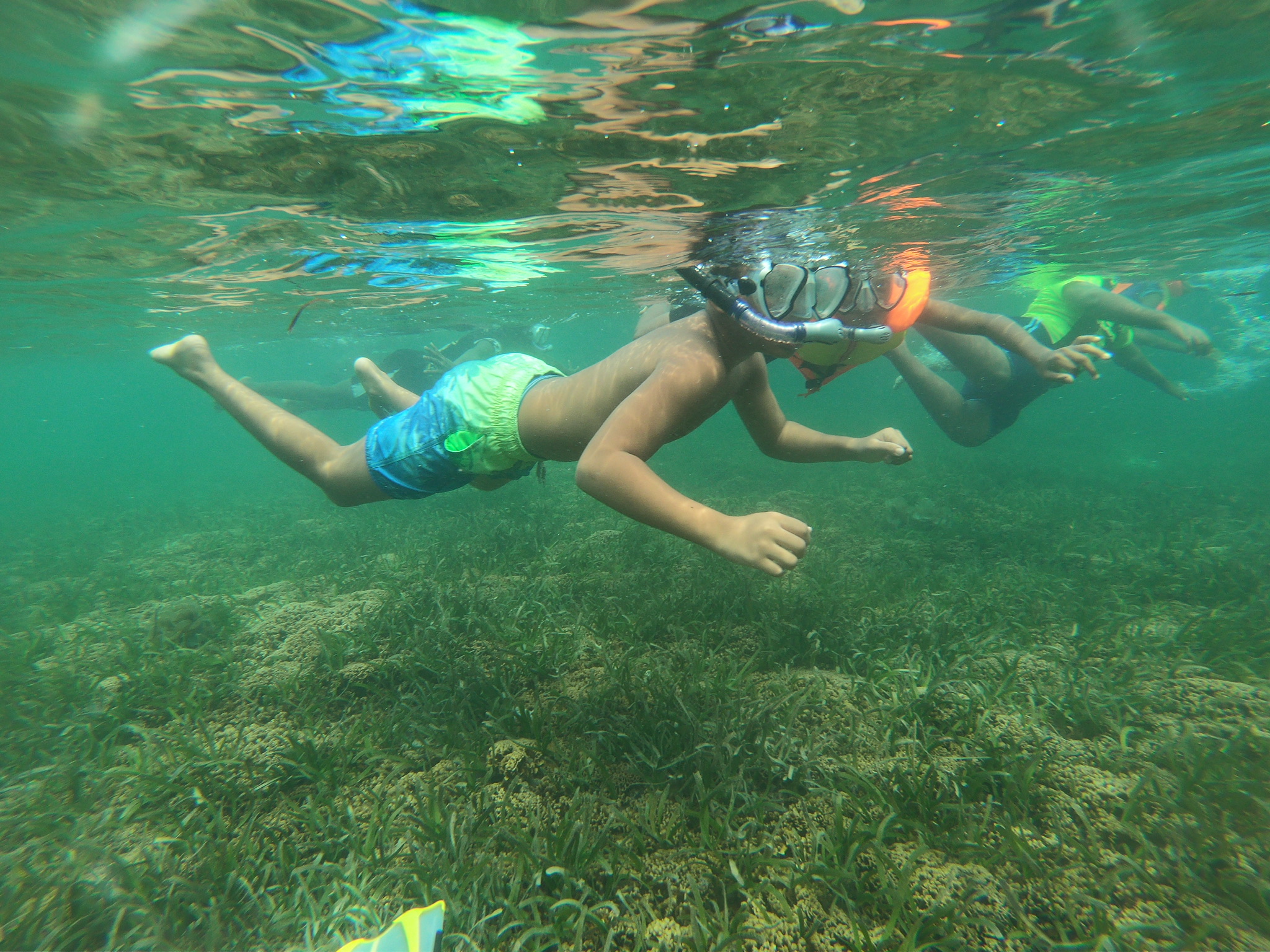 Seychelles is not the only country or territory where seagrass has had to play catch up with other types of coastal wetlands and other marine ecosystems. To most Seychellois, up until recently, anything plant-like which is green and comes from the sea has been categorised as gomon; be it seaweed or seagrass. Formally, seagrass has not had a name or term to define it in the country’s native language, Seychellois Creole. 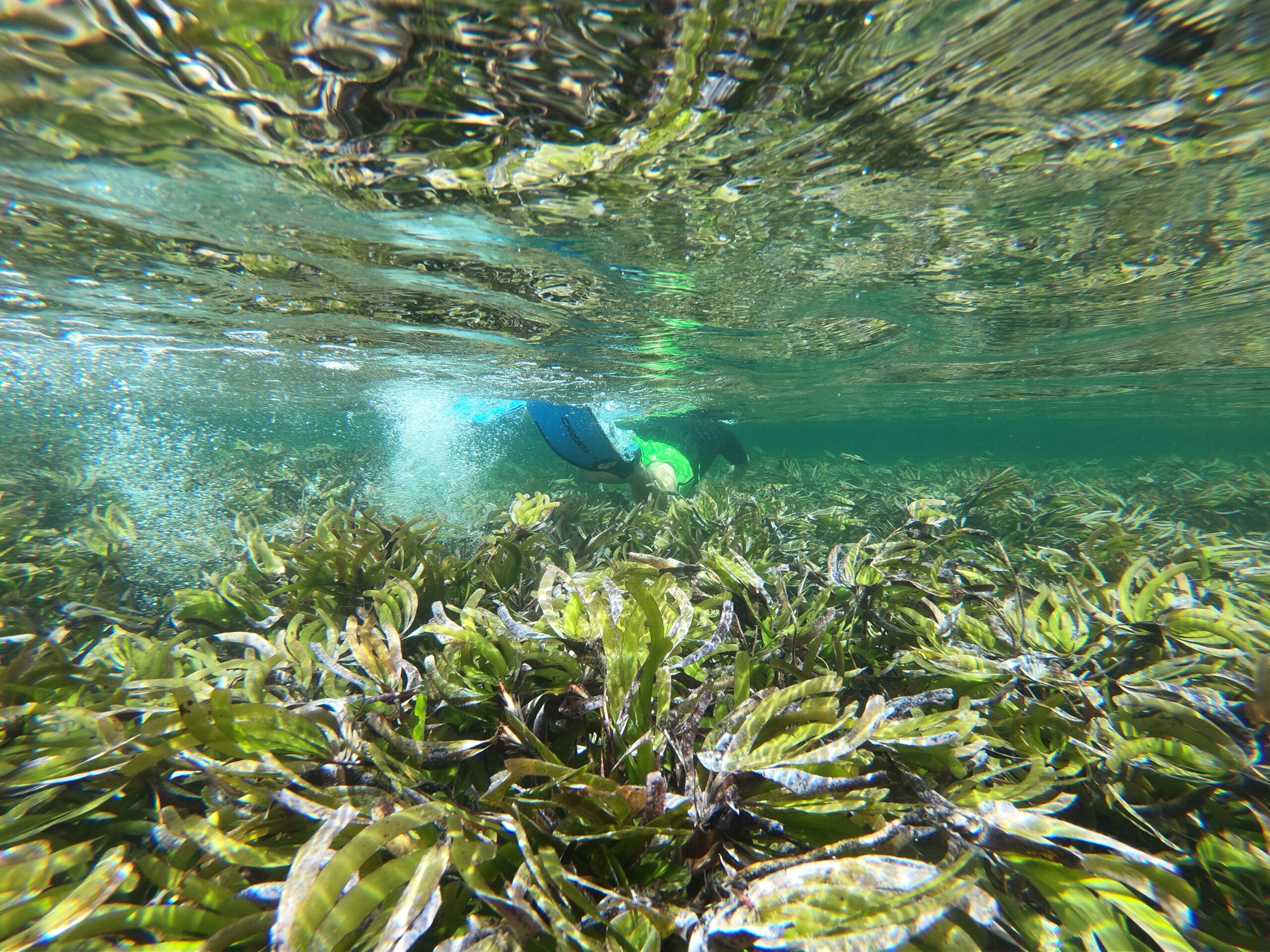 The team behind the Coastal Wetlands and Climate Change project, whose main objective was to bring seagrass to the forefront of the climate debate in the small island state, had its work cut out in reaching out to the population (99,202 as of June 2021, National Statistics Bureau) to mobilise interest and concern over the conservation of seagrass.

Unrecognised – with no name; so where do you start?

It was imperative that seagrass was ‘localised’ to have people be mindful of it when they go for a swim in shallow waters or anchor their boats and jet skis along coastlines. Locally, the process for introducing new words in the Creole language entailed submitting options to the Creole Language Academy which had the responsibility of validating the selection and giving its seal of approval on the chosen words and terms.

But, where would the suggestions come from?

The avenue which was explored to collect names for seagrass and its five lifeforms, was similar to an alarm on snooze. Seagrass had been in the news and on social media since mid-2020, when one can argue the first alarm went off; we have seagrass, they matter, and we must protect them. Any new development in seagrass news, be it local or international, was similar to a follow-up snooze, reminding people of the initial message and adding more content and context to it. Launching the campaign to identify official Seychellois Creole terms was an exceptionally loud snooze because the project reached out to the public to contribute their ideas and suggestions. The public got the chance to re-visit all the bits of information which had been shared with them all along and engage in something fun: naming a plant!

Social media, print media, the radio and emails were all used to reach out to the public to engage in a survey to select and/or suggest names.

A very important segment of the public which had to be consulted was local fishermen who undisputedly have a closer connection with the ocean and all that it encompasses compared to the rest of us.  Fishermen in Seychelles often come from fishing families and are familiar with terms used as reference to all forms of marine life. As it turned out, according to them, there were already existing names for seagrass; they simply had not been made official.

The project team sought the help of local district administrators in identifying and locating fishermen to take part in the nation-wide survey.

Those names along with others which were collected from members of the public were assessed by an Emerald Committee made up of linguists, scientists and conservationists specifically set up to prepare a short list for submission to the Academy.

Zerb lanmer and Gomon zerb were the two new terms jointly selected to be added to the Seychellois language, respecting both the scientific sense of seagrass as well as incorporating its cultural significance. The words will be featured in the next edition of the Creole dictionary.

To find out more about the project’s outreach activities, visit the project’s page: Resources – SeyCCAT – The Seychelles Conservation and Climate Adaptation Trust