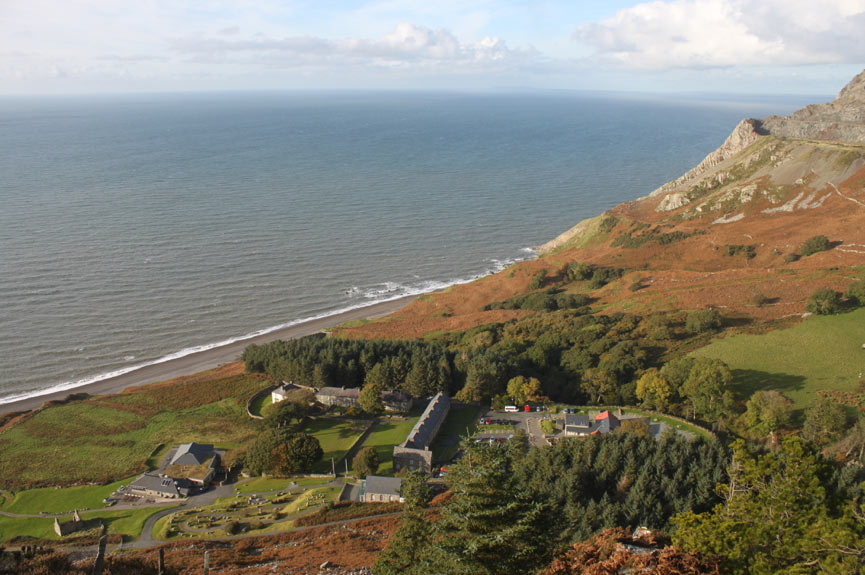 It’s already been one month since the 12th International Seagrass Biology Workshop began at Nant Gwrtheyrn in Wales. This time last month the world’s foremost seagrass scientists were descending on the Llŷn Peninsula and the Project Seagrass team were in the midst of the final preparations for hosting the largest International Seagrass Biology Workshop in recent times. Immediately prior to the conference The World Seagrass Association released a statement that had been endorsed by 122 scientists across 28 countries. The statement described how the international seagrass research and conservation community together with the World Seagrass Association called on all governments and global institutions to take local, regional and global action to ensure the future survival of seagrass meadows. This statement was instrumental in generating media coverage, and the conference was picked up by both local and national media outlets including the BBC. The conference itself kicked off with a healthy dose of #OceanOptimism which set a positive tone for the rest of the week. We learnt how seagrass science is reaching new audiences and how citizen science projects and novel educational tools are bringing seagrass meadows to the general public like never before. 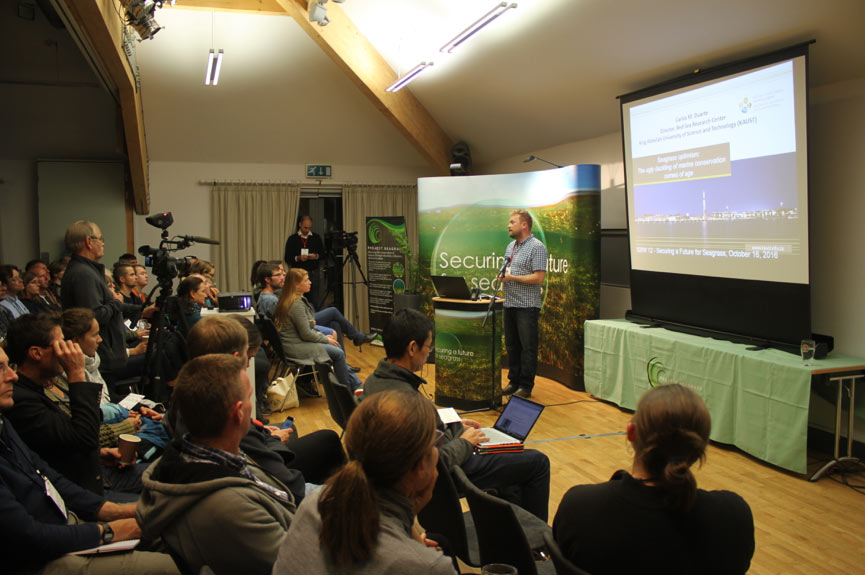 “Securing a future for seagrass” – Ocean Optimism was a central theme running thoughout the conference.
The presentations and workshops that formed the bulk of the conference program provided numerous occasions to discuss the current key themes in contemporary seagrass science. These themes range from from ‘Blue Carbon’ and ‘Ecosystem Services’ to ‘Genetics’, ‘Physiology’ and ‘Resilience’. Critically, the conference also afforded the opportunity to discuss local management solutions to recreational boating impacts. Here the conference provided an opportunity to harness global seagrass knowledge and expertise in attempting to address a local concern. Despite the travel and costs involved, conferences really are one of the best ways of facilitating the sharing of expert knowledge amongst scientists and other concerned stakeholders. 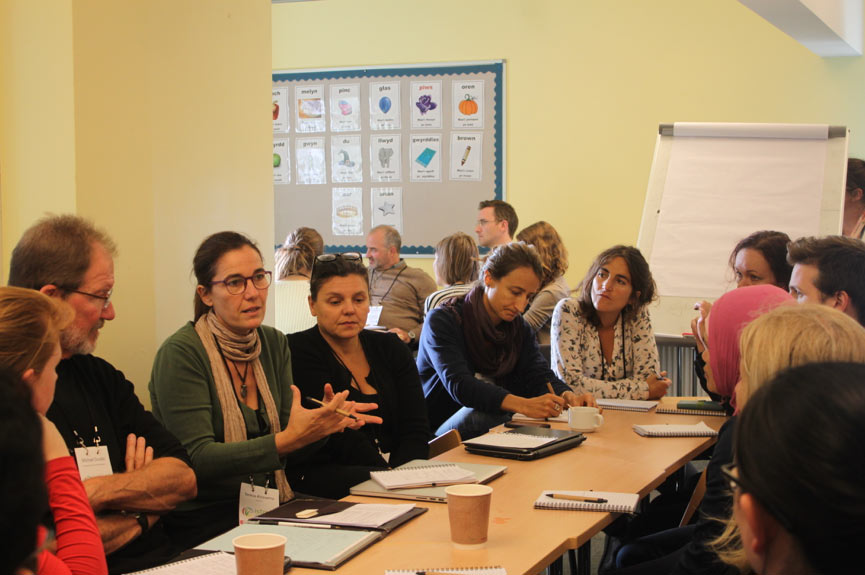 Workshops enabled delegates to draw on scientific and management expertise from across the world.
Mid-way through the conference we had organised a ‘fieldwork’ afternoon where delegates would have free time available. This was either an chance for them to take time and space for themselves or to take the opportunity to visit some of the local sights and attractions. The field trips organised by the commitee included a historical trip to Caernarfon Castle, a local guided walk around Nant Gwrtheyrn and what turned out to be an extremely popular Porthdinllaen nature walk and seagrass meadow visit. Never before has our local meadow received so much attention nor have we had so much valuable input as to the state of the Porthdinllaen meadow – so thank you all for that! 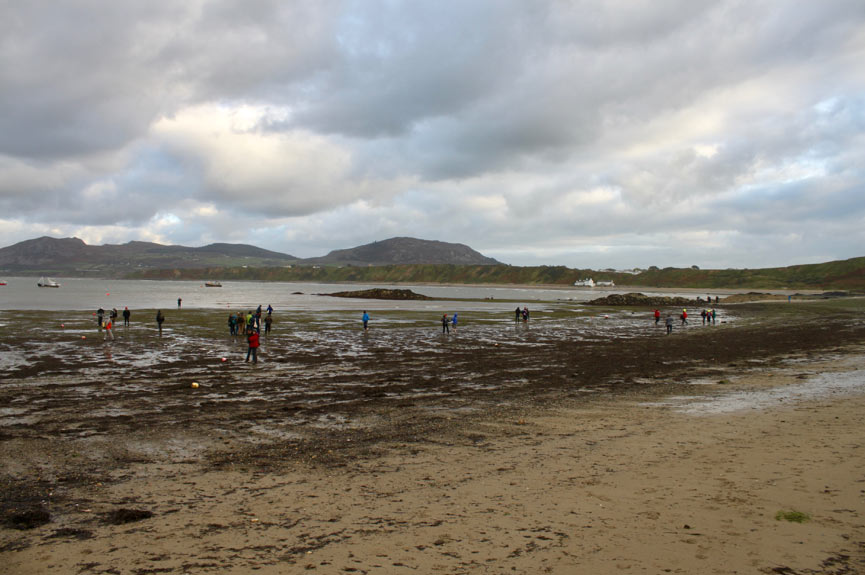 The seagrass meadow at Porthdinllaen has never received so much attention!
After local field trips, one of the favourite elements of any conference I have attended has to be the Poster Session(s). This is an opporunity for scientists to stand by a poster of the research they have done and use it as a tool to communicate their work to other scientists and managers. I enjoy these sessions primarily because you can spend as much time as you want with the researchers and really get to understand the context and methods behind the research being conducted. Personally, I thought the quality of posters presented at ISBW12 were some of the highest I have seen at any conference anywhere and I’m sure we were all impressed with the contributions from our student (and pre-student!) researchers. So well done #TeamSeagrass! 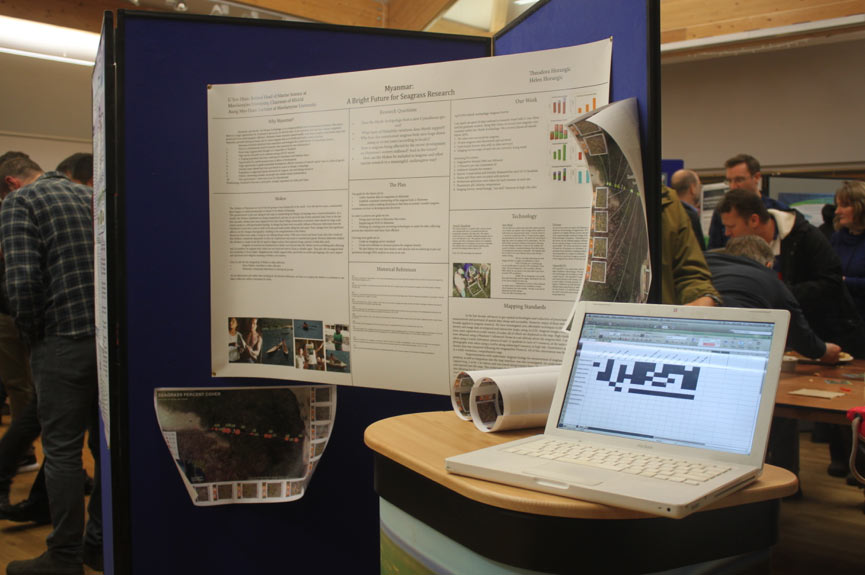 So many of the posters were truly excellent! Including this poster from Theodora and Helen Horangic.
As the conference week drew to a close the Conference Dinner provided a great opportunity for colleagues to relax and celebrate what had been a fantastic week of seagrass science. It was also the opportunity to inform everyone that the next conference, the 13th International Seagrass Biology Workshop (ISBW13), which will be in Singapore in 2018. 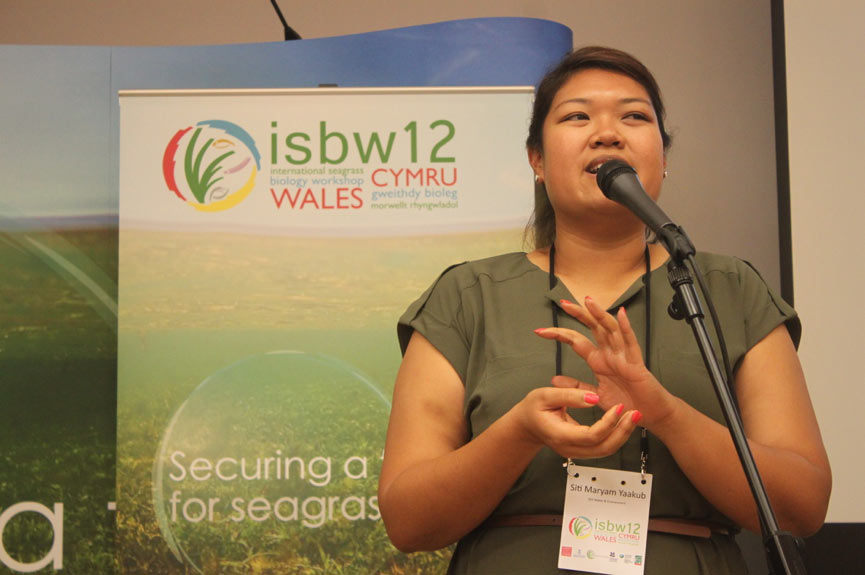 Dr Siti Maryam Yaakub SJ was able to share with us that the location of ISBW13 will be in Singapore in 2018.
As the sun set on the final night of ISBW12 I felt a strong sense that this conference was surely just a springboard to the greater recognition of seagrass meadows globally. It’s great to see so many scientists sharing their stories in the media and championing the seagrass cause in their local area. One month on it’s up to us to make sure that the “Seagrass Surge” of ISBW12 was not just a flash in the pan, but the start of a genuine global movement to put seagrass meadows alongside other marine ecosystems at the centre of marine discussion. 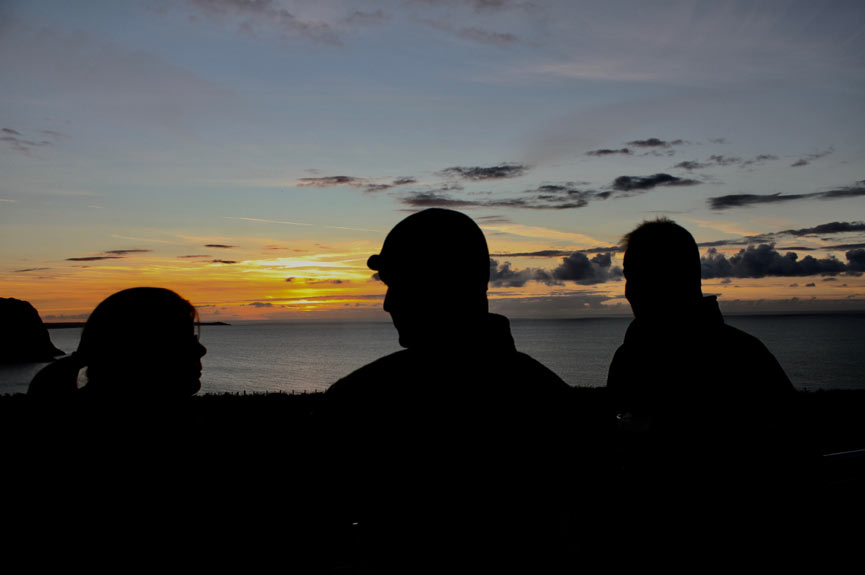 As the sun set on ISBW12 I believe the sun is only really beginning to rise on seagrass science as a whole.
A big thank you to everyone who participated in ISBW12. It was a genuine pleasure to host the seagrass community in Wales and we are very much looking forward to seeing you all again in 2 years time…
Until then! Keep up the good work!
#TeamSeagrass