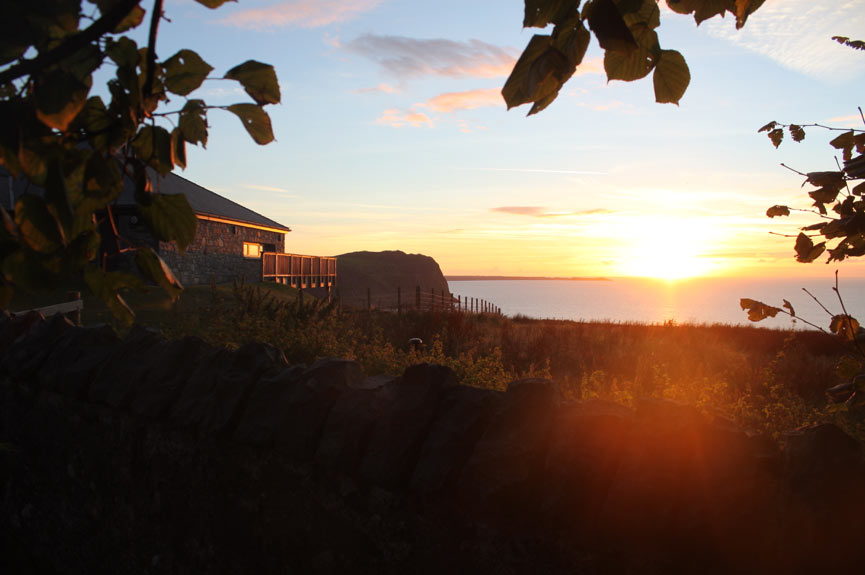 First off, the stereotype of a conference in my head is hushed voices, fancy clothes and everything deadly serious, but throw into the mix that it’s a conference based around seagrass and I was completely at a loss as to what to expect. Having packed for all possibilities (would the seagrass team transform into a posh looking bunch? Or would the usual jeans and an old tee be acceptable?) we headed up to Nant Gwrtheyrn in North Wales. The Nant is a gorgeous former quarrying village looking out past dramatic cliffs to the ocean with a seagrass bed just around the corner- I was definitely spoilt with the location of my first conference, it doesn’t get much better than having only a five-minute walk to the beach to process the constant buzz of activity. It’s probably not the normal conference experience that one of the first things I learnt was that if you sneak off last minute to pretend to be in The Lord of the Rings exploring the cliffs, then put on things that can get muddy- twice I went down, but proudly caught myself before my one pair of semi smart trousers changed colour! 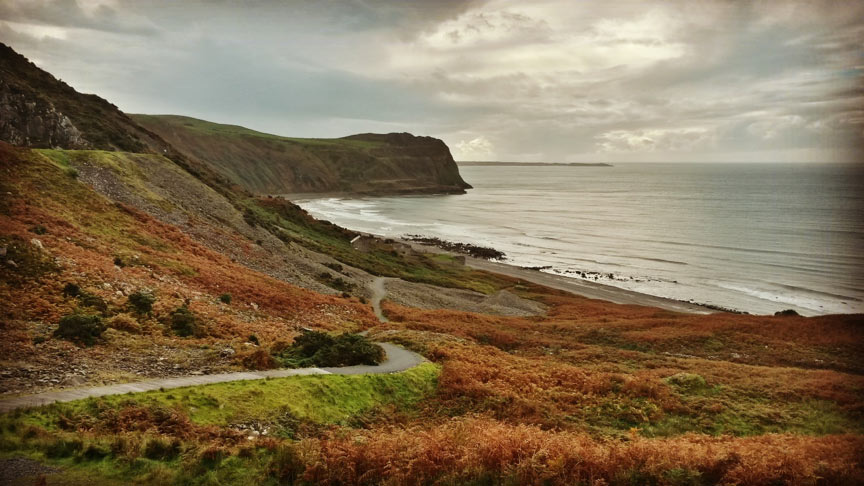 The path from Nant Gwrtheyrn conference centre down to the beach.

To kick the week off was a plenary by Professor Carlos Duarte (King Abdullah University of Science and Technology) talking optimistically about seagrass meadows and popular culture getting everyone laughing – an easy start; maybe conferences weren’t so big and scary! It did leave one question on a conference newbies mind though, the word ‘plenary’ was not yet in my vocabulary – so any students heading to your first conference, everyone attending the conference goes to these, in other words if you talk at one then you deserve respect, you’re a big name in your field! 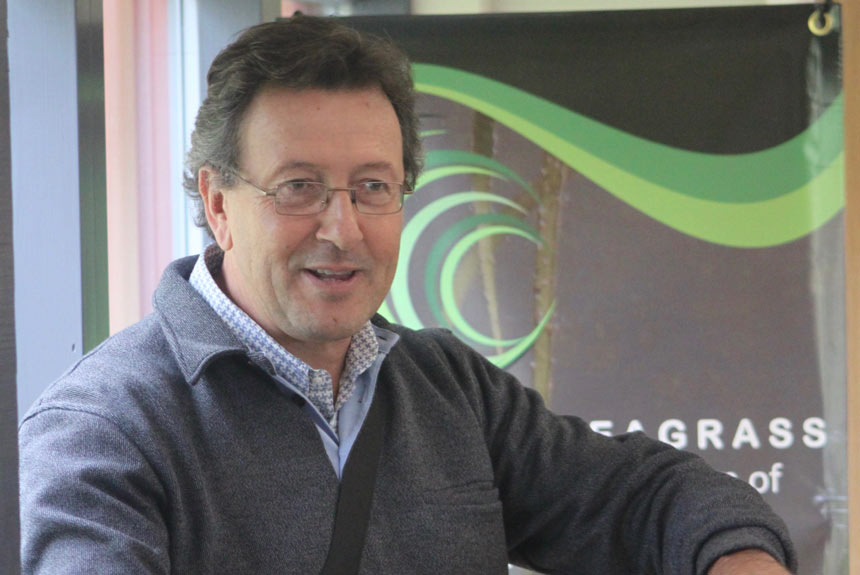 Professor Carlos Duarte ‘Securing a Future for Seagrass’ in the weeks first plenary.

So next up was my first workshop. Again the apprehension was definitely there – I’m an undergrad, what could I have to offer to all these academics? Well most of the time not a lot, but it was a perfect opportunity to question and learn, and once in a blue moon I might stumble across an idea that the top dogs had over looked. As intimidating as a professor with a tonne of published papers is, they tended to be welcoming to all ideas and helpful to gently point out that they tried that method 20 years before and it may not be the strongest approach.

Despite some fascinating talks and some hot debates at workshops (seagrass scientists can get heated!) that’s not where I personally learnt the most. Sitting with new people each meal time and relaxing with them after a long day was when I found the most inspiration; it’s the time when people get excited about their work and me being fresh faced to the seagrass world meant they could just enjoy telling their seagrass stories without worrying about nitty gritty details. In those relaxed situations people were happy to chat and answer my drilling of questions. The enthusiasm of Dimosthenis Traganos, a Greek pHD student studying in Berlin, who’s eyes lit up as he was telling me about using satellite imaging to map the seagrass of his home lands and the pride as Oliver Thomas from Heriott-Watt University described the numerous different studies he’d done to complete his masters; these were the times when I found as a conference first-timer that I learnt the most. 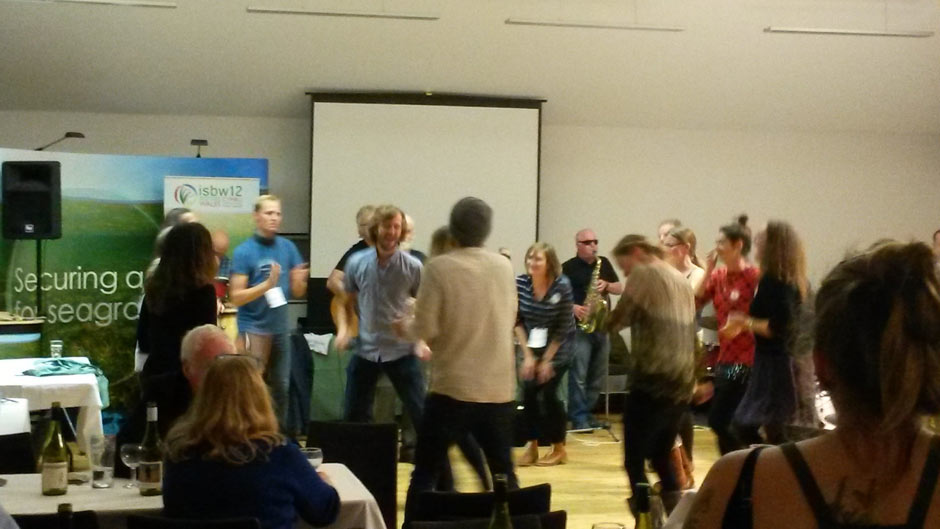 Helping the organising team I felt as though I was sat nicely on the edge of the eye of a storm- able to see the manic behind the scenes madness, but also able to join the peace of the attendees. It was a week of huge learning curves in all aspects- sharing with two Indonesian ladies meant early starts and spicy tea, that whatever culture you come from there is no end to small talk about the welsh autumnal weather and hopefully I’ve picked up one or two new seagrass facts along the way too. A huge thank you to Project Seagrass for all their hard work in helping to host the twelfth successful International Seagrass Biology Workshop and for giving me the opportunity to tag along and get involved. It was definitely a positive week for securing a future for seagrass. And in case you were wondering, the seagrass team does not magically transform into a group wearing tuxedos and ball dresses with pinkies always out when they enter a conference room, they’re still as chilled as ever.