2020 Biodiversity agenda: Can we make a difference? 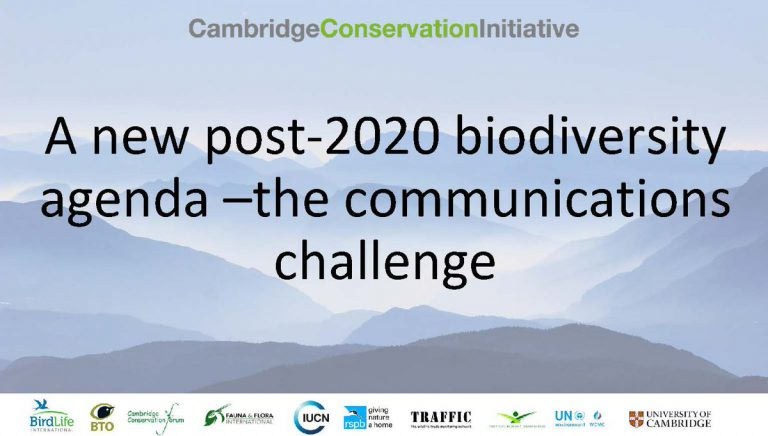 My name is Laura and I am an ambassador for Project Seagrass.

I completed my professional training year with the conservation charity from 2015-2016. Last week I was privileged to attend the Cambridge Conservation Initiative’s Panel Discussion on Setting a new post-2020 biodiversity agenda. The 2-hour lecture/interactive question and answer session at the University of Cambridge, focused on what scientists and the world needs to do ahead of the 2020 Beijing Biodiversity conference, in which many hope will have the same impact on biodiversity as the Paris agreement has had on climate change.

Why is biodiversity important? Species are declining at unprecedented rates, with the loss of some species such as corals, mangroves and seagrass threating the existence of habitats and ecosystems. Biodiversity is often overlooked in comparison to climate change and the growing fight against plastic pollution as you can’t necessarily see the physical effects. However, national governments are starting to recognise its importance, with 17% of the world’s land and 10% of the world’s oceans agreed to be protected by 2020. But is this enough? 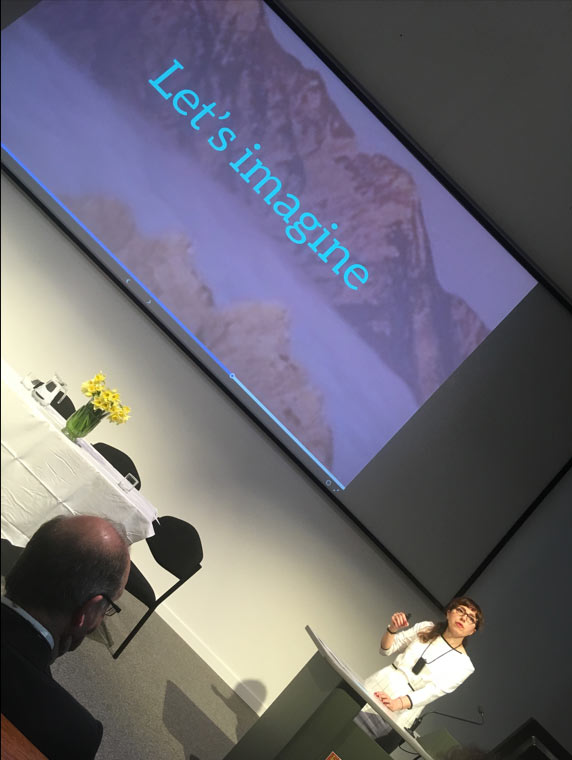 The first talk was given by Dr Christina Pasca-Palmer, the Executive Secretary of the UN Biodiversity Convention and she strongly disagreed with the current state of protection, suggesting how 50% of the Earth should be conserved, or restored by 2050. We want to be “living in harmony with nature” and the remaining 50% should be transformed to be made more sustainable in terms on consumption and efficiency. Steps to achieve this include business and political engagement and raising the profile of Biodiversity, which will hopefully be implemented at the 2020 Beijing Biodiversity conference. 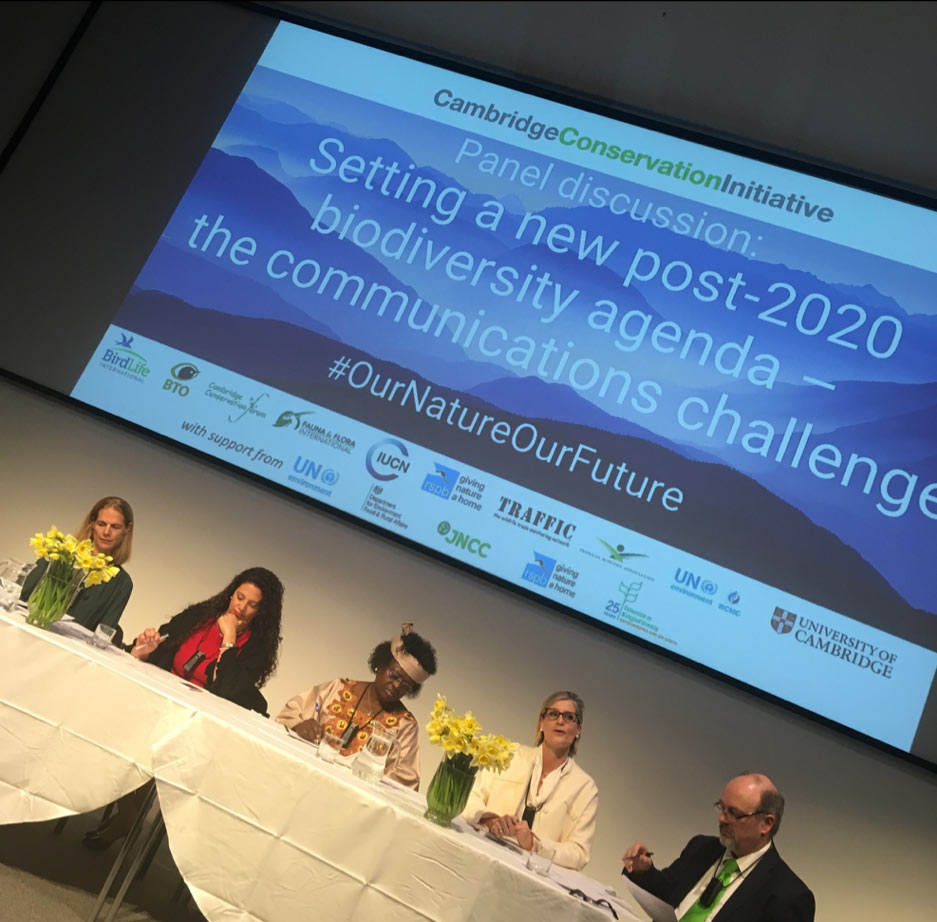 The panel discussed the current problems they face in conserving biodiversity.

The second part of the session focused on the panel discussion where experts discussed the current problems they face in conserving biodiversity and how they may overcome these before the 2020 Bejing Biodiversity conference. The panel included Dr Christina Pasca-Palmer, Alice Jay (campaign director for Avaaz), Patricia Zurita (CEO of Birdlife), Prudence Galega (Secretary General in the Ministry of Environment, Protection of Nature and Sustainable Development in Cameroon) and Dr Helen Crowley (Head of Sustainable Sourcing And innovation at Kering group). It was inspiring, not only to see an entirely female panel but to hear their views on what needs to be done. 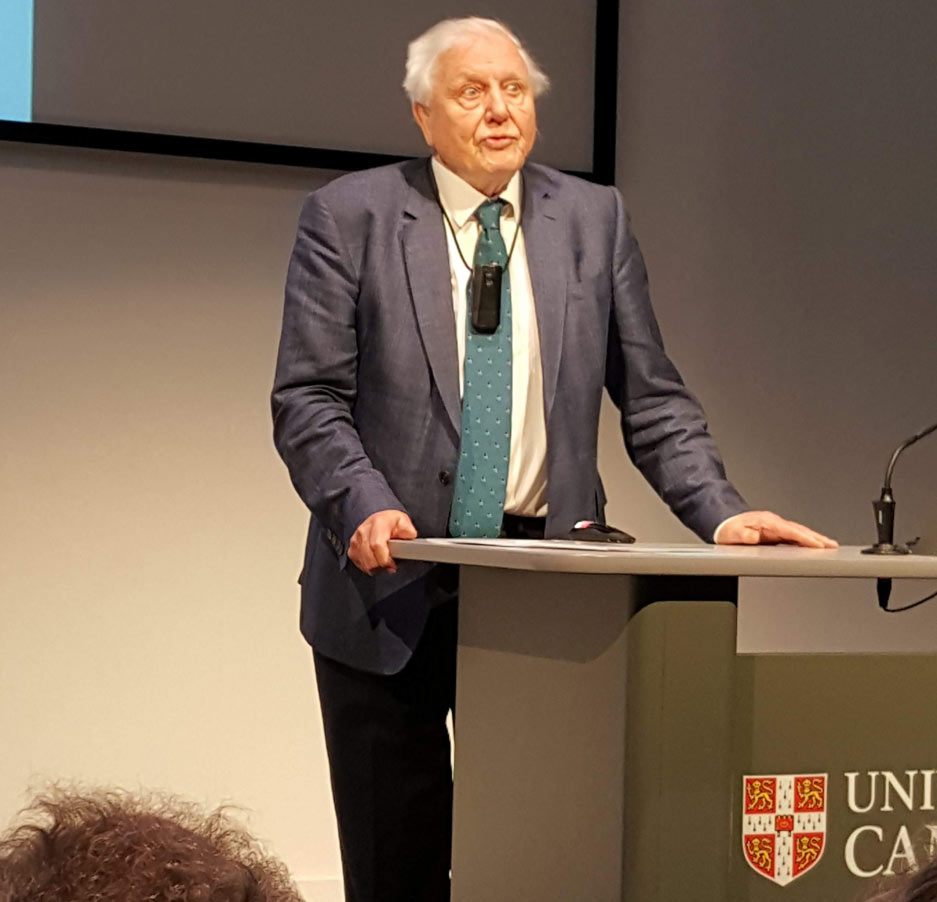 “The world has changed…” according to Sir David Attenborough

Finally, Sir David Attenborough gave his closing remarks on the afternoon, saying how the world has changed since his time at the University of Cambridge, with the population tripling in size and having severe consequences on biodiversity. He highlighted how “there is no single solution”, with different communities experiencing different problems. However, with gatherings such as the Panel Discussion and the upcoming 2020 Beijing Biodiversity conference, the world has a “cause for optimism” for the conservation of biodiversity. 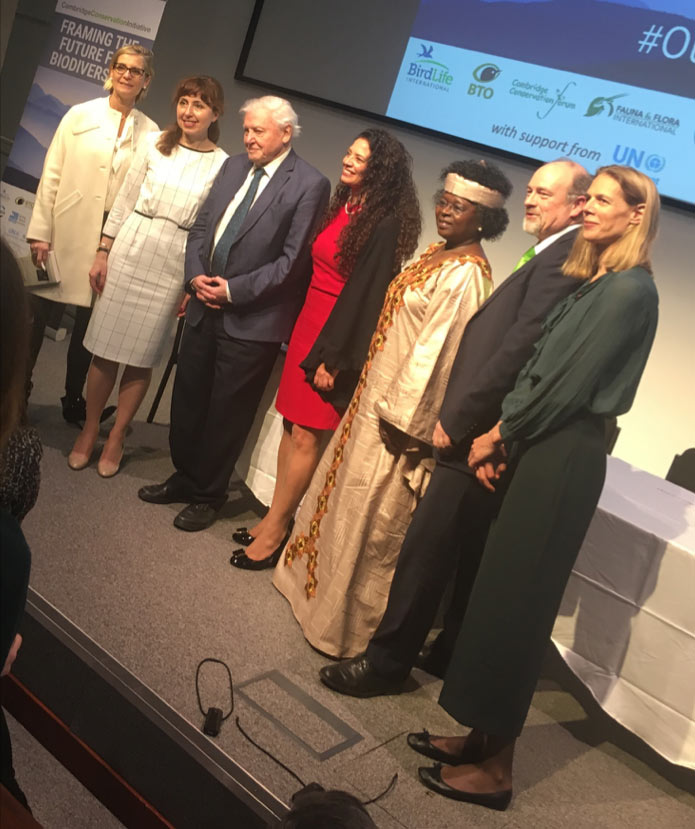 Urgent action is needed to safeguard life on Earth, from iconic endangered species such as the white rhino to our precious seagrass meadows. As Dr Pasca-Palmer said, “with the collective will and determination from all of us it is still possible”.

If you are interested in learning more about the panel discussion an online version of the event is available: http://ow.ly/pY5I30jvT2g