Round The Pier Day. A weekend with Scottish Wildlife Trusts in the Wester Ross Marine Protected Area. 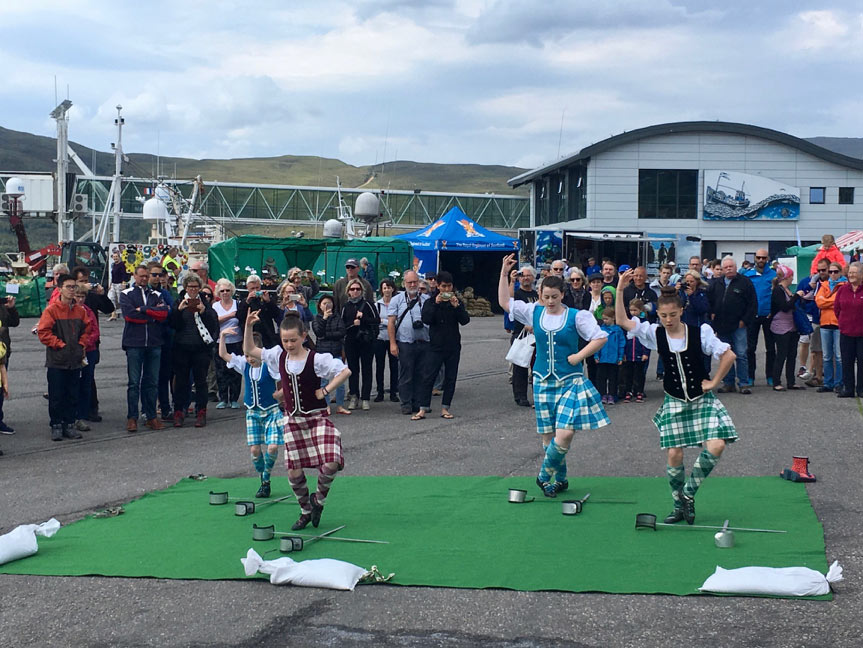 Last weekend on July 22nd, Ullapool Rotary Club put on yet another wonderful “Round The Pier Day” and Project Seagrass were invited by the Scottish Wildlife Trusts, who, thanks to Ullapool Harbour Trust and staff, have been featuring a ‘Wildlife Marquee’ as be part of the day. We were thus able to join Hebridean Whale and Dolphin Trust (HWDT), Whale and Dolphin Conservation (WDC), Marine Conservation Society (MCSUK), RSPB Scotland and Capturing our Coast in the Wildlife Marquee. It was a super day with 1728 visitors coming onto the Pier to enjoy the festivities throughout the day! 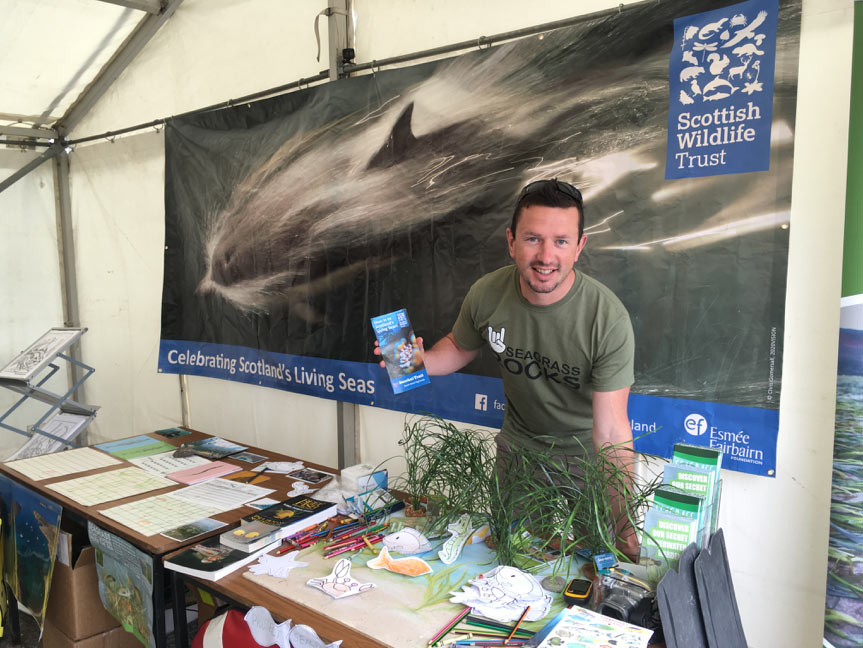 In Scotland Project Seagrass have been working alongside Scottish Wildlife Trusts to raise awareness of Eelgrass (Zostera marina) which is one of the trusts ‘priority species’.

In April 2016 it was hoped that our move to Scotland would herald ‘A New Dawn For Scottish Seagrass’ and we spoke then of our ambition to engage with Scotland’s coastal communities and begin the much needed process of mapping Scotland’s seagrass meadows. Community events such as this are the ‘bread and butter’ of that vision. They are also some of the best craic you can have!

Our ambition for ‘Seagrass meadows to be saved around Scottish coasts’ has to start with people, and raising awareness of this most productive of coastal ecosystems. Having the opportunity to talk with folk about what seagrass is, where it is found and how we can map it is central to our strategy of raising awareness amongst the public. 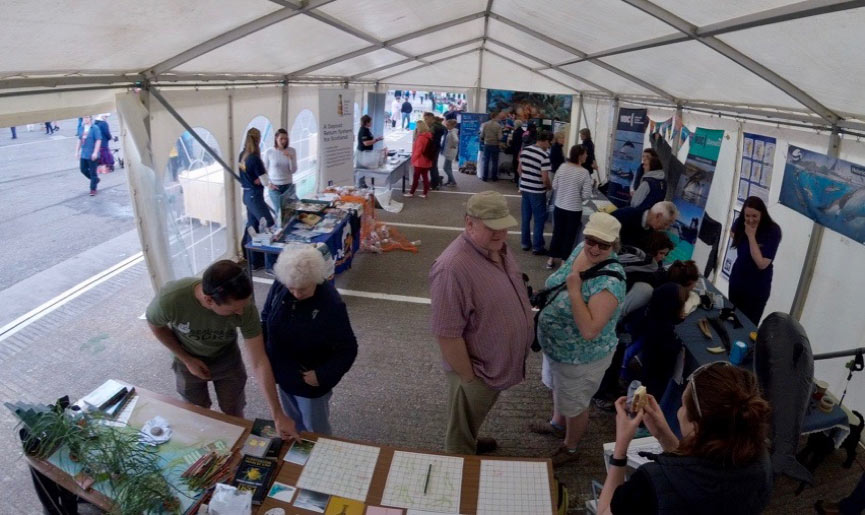 The Scottish Wildlife Trusts ‘Wildlife Marquee’ was a fantastic platform for engaging with people both from the local community, and those visiting the area.

On a personal note it was brilliant to see the ‘Have You Got The Bottle?’ campaign present in the tent. The organisation is campaigning for a Scottish Deposit Return System for drinks packaging (Basically you would pay a small deposit when you buy cans and bottles and get it back when they are returned. Easy.) As someone who wants to reduce litter entering our marine ecosystems then this seems to me like a super solution to a huge problem!

Anyways, back to the seagrass! When we arrived in Scotland we wanted develop and network of like minded individuals who could help volunteer their time and energy towards our common goal. This is the Scottish Seagrass Network. This weekend SJ (of the “ThreeBeforeThirty” blog posts) and Lauren (our West of Scotland rep) joined me in Ullapool to help deliver the SEA education (Seagrass, Education and Awareness) on the Saturday and explore the Marine Protected Area on the Sunday. 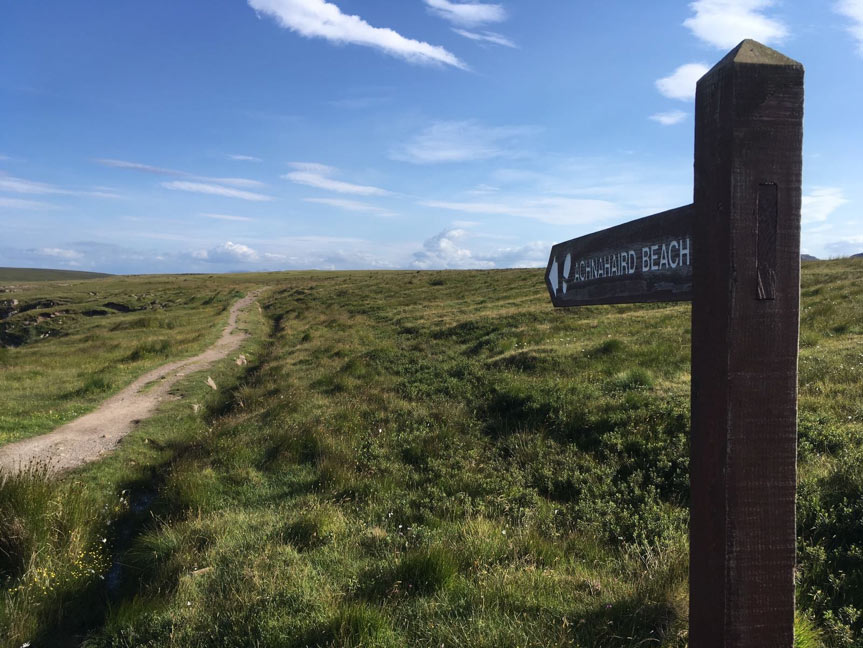 By land and by sea the Wester Ross Marine Protected Area is simply stunning!

First, we explored Loch Broom and the Summer Isles (towards the North-East of the MPA) and then afterwards Little Loch Broom, Gruinard Bay and Loch Ewe (towards the centre and South-West of the MPA). In Gruinard Bay there is a known seagrass meadow which forms part of the Scottish Wildlife Trusts North-West Highlands Snorkel Trail which has nine sites along the north west highlands coast around Ullapool, and recently a further six sites on the Isle of Harris. 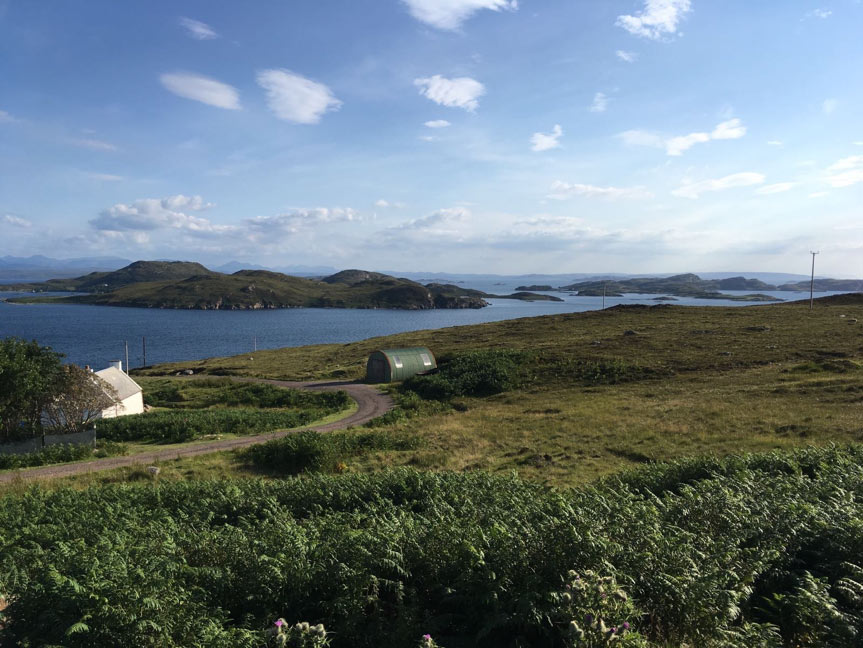 The Summer Isles are home to seals, seabirds and the majestic White-tailed eagle.

If anyone is interested in assisting Project Seagrass in mapping the extent of seagrass distribution around these trails then please upload your photos via our Seagrass Spotter app and if you would like to find out more information about Scotland’s Seagrass Meadows then check out the Scottish Wildlife Trusts website.