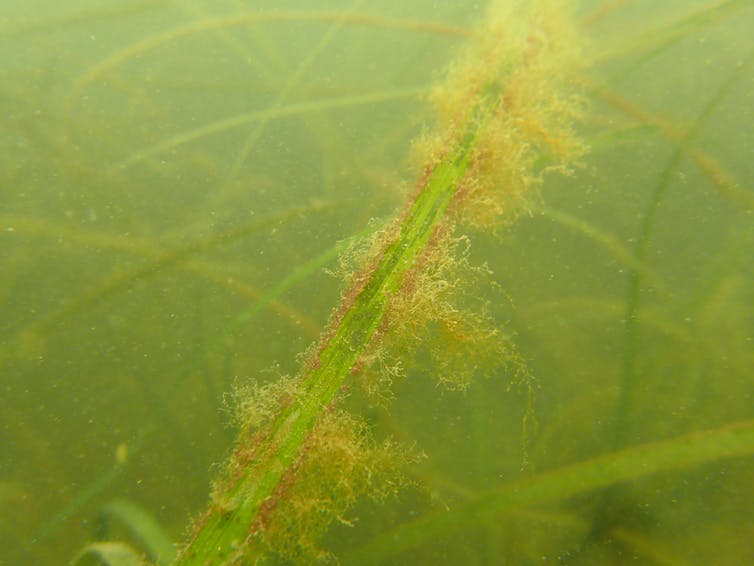 Britain’s seagrass is a refuge for numerous species of fish, stabilises sandy beaches, and helps to lock away the carbon which humans produce. The meadows that surround the country’s coast have been called the “canaries of the sea”, due to their sensitivity to a changing environment. And like a canary in a coal mine, their health can be used as an indicator of the condition of coastal areas.

We know that the seagrass meadows surrounding the UK are in a perilous state of decline, and our recently published research has now uncovered one of the biggest causes. Our study suggests that a major driver of seagrass decline is nutrient pollution from sewage and livestock waste.

Though a new finding, it sadly comes as no surprise, given that about 40% of rivers in England and Wales are polluted with sewage.

This nutrient pollution puts the long term viability of seagrass meadows in doubt. Over-enrichment results in the suffocation of seagrass. The nutrients cause microscopic algae – called epiphytes – to smother the seagrass leaves, decreasing their ability to capture light, ultimately killing them, and destroying the habitat for fish and other marine animals. 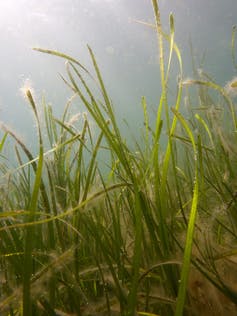 In addition to this environmental impact, we found that several areas, including the Thames waterway seagrass, and a meadow in Studland Bay, Dorset – which are popular with swimmers and boaters – were considerably enriched in nutrients from sewage, livestock effluent and/or human waste. Despite this, neither location, nor any other we identified with the same problem, were classed as unsuitable for swimmers.

Clearly, we have a massive problem at hand – but water companies, farmers and the government have not done and are still not doing enough to prevent it.

Though efforts have been made to develop a British marine protected area network, and EU legislation has improved water quality in the last few decades, we have found these initiatives to be insufficient. Ten of the 11 sites we studied were in areas with designated EU protection, but most of these seagrass meadows were still polluted with nutrients derived from urban sewage and livestock waste.

So how has this happened? Analysis of the seagrass tissues points to constant sewage exposure. Old and outdated water treatment facilities are one of the likely culprits, resulting in discharges of untreated sewage during times of heavy rainfall. These are legal, but evidently the capacity of these facilities is insufficient to handle the country’s needs, and waterways are suffering because of it.

There is also the problem of livestock waste. Farming is now one of the UK’s leading causes of water pollution, and inefficiencies in storage and disposal of slurry mean that it ends up in rivers and coastal waters.

Evidently, in addition to national and international initiatives, we need to start quickly identifying and understanding all local threats to seagrass. Especially if we are going to harmonise conservation goals with sustainable economic development. Only by finding out specifically where the nutrients affecting seagrass areas have come from can we really start to think about a targeted solution for each meadow.

Unfortunately, to date, the conservation of specific seagrass meadows is rarely based on the explicit consideration of local threats and drivers. Instead, projects focus on conserving seagrass as part of a broader plan, incorporating other specific habitats or species. While this may be effective at dealing with problems such as fisheries impacts, and is certainly a step forward for the marine environment, it doesn’t deal with the persistent and chronic problem of pollution – which can go largely unnoticed.

Poor water quality isn’t just a problem for seagrass in the British Isles, it’s a global concern. But if we want to solve it, we must look beyond “protecting” seagrasses with legislation, and challenge the way we think about marine protection overall. Serious infrastructure changes and better management of river catchments – for example, restoration of riverbanks – are vital if we are going to develop long term waste water management plans that span both land and sea.

You can read the study, Tracking Nitrogen Source Using δ15N Reveals Human and Agricultural Drivers of Seagrass Degradation across the British Isles, here.