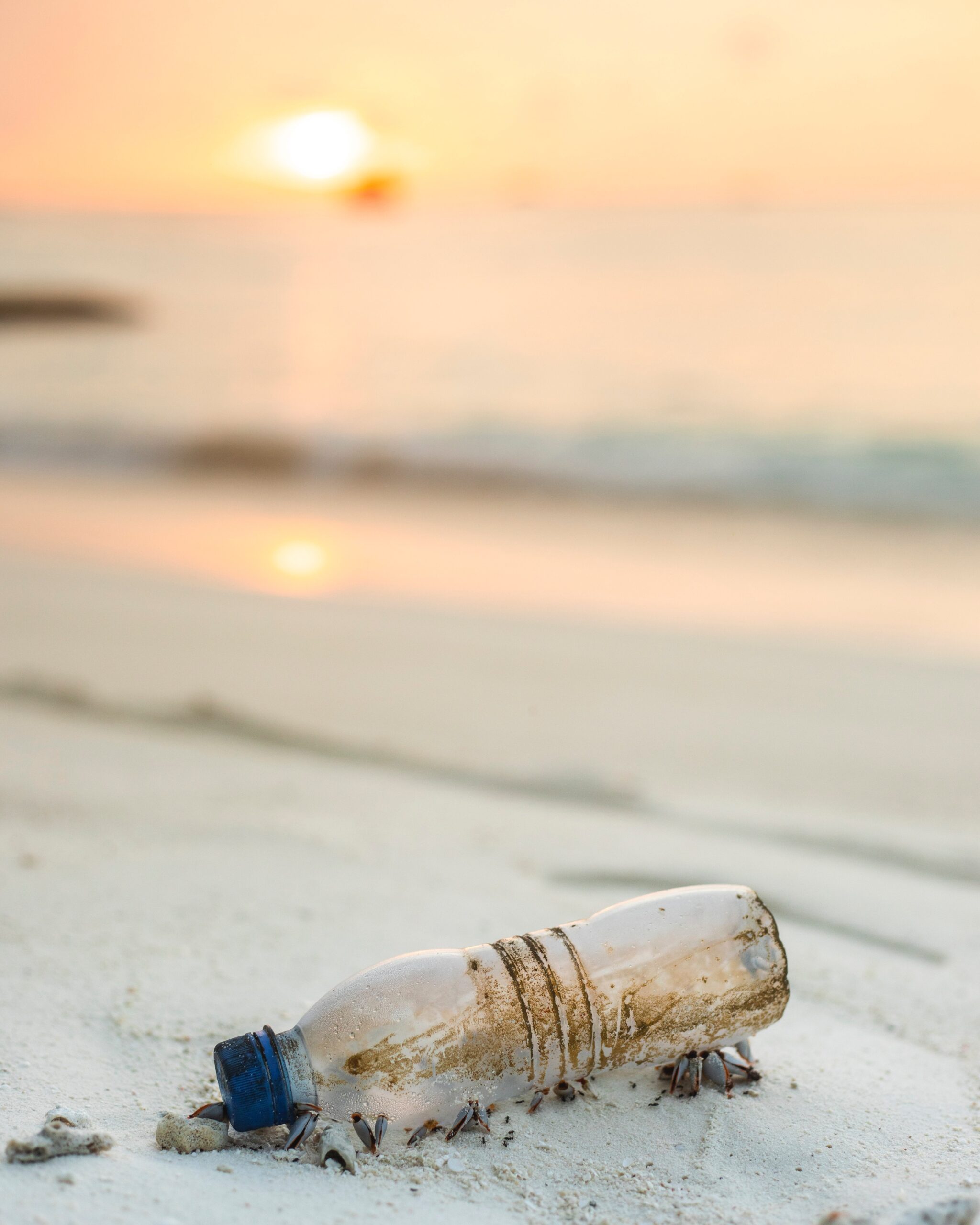 Microplastics is a term that is worryingly on the rise in the media. They are found almost everywhere, and their polluting and damaging effects are felt heavily on marine environments. Can seagrass present a solution in our fight to tackle this widespread plastic contamination?

What are microplastics and where do they come from?

Microplastics are tiny plastic particles defined as being less than five millimetres in length. There are two categories of microplastic: primary and secondary. The category the microplastic is in tells us how it entered the environment. Primary microplastics are plastic fragments that were already five millimetres or less in size before entering the environment. Examples from this category include products for commercial use such as microbeads in exfoliants and other cosmetic products, and microfibres shed from washing our clothes. Water filtration systems cannot filter out these tiny particles and so they end up directly entering the ocean. Secondary microplastics are particles that result from the natural degradation of larger plastic pieces after entering the environment. For example, wave action, wind abrasion and ultraviolet radiation from sunlight can cause plastics such as water bottles and plastic bags to fragment and breakdown into tiny pieces.

Both categories show us that it is the result of increased human use and release of plastic which is fuelling this mass of microplastics in marine environments, whether that is directly or indirectly. Many factors regarding microplastics, such as their high durability and level of accidental release, have caused their concurrent increase in abundance and geographical range alongside human population growth (Rocha-Santos and Duarte, 2015). 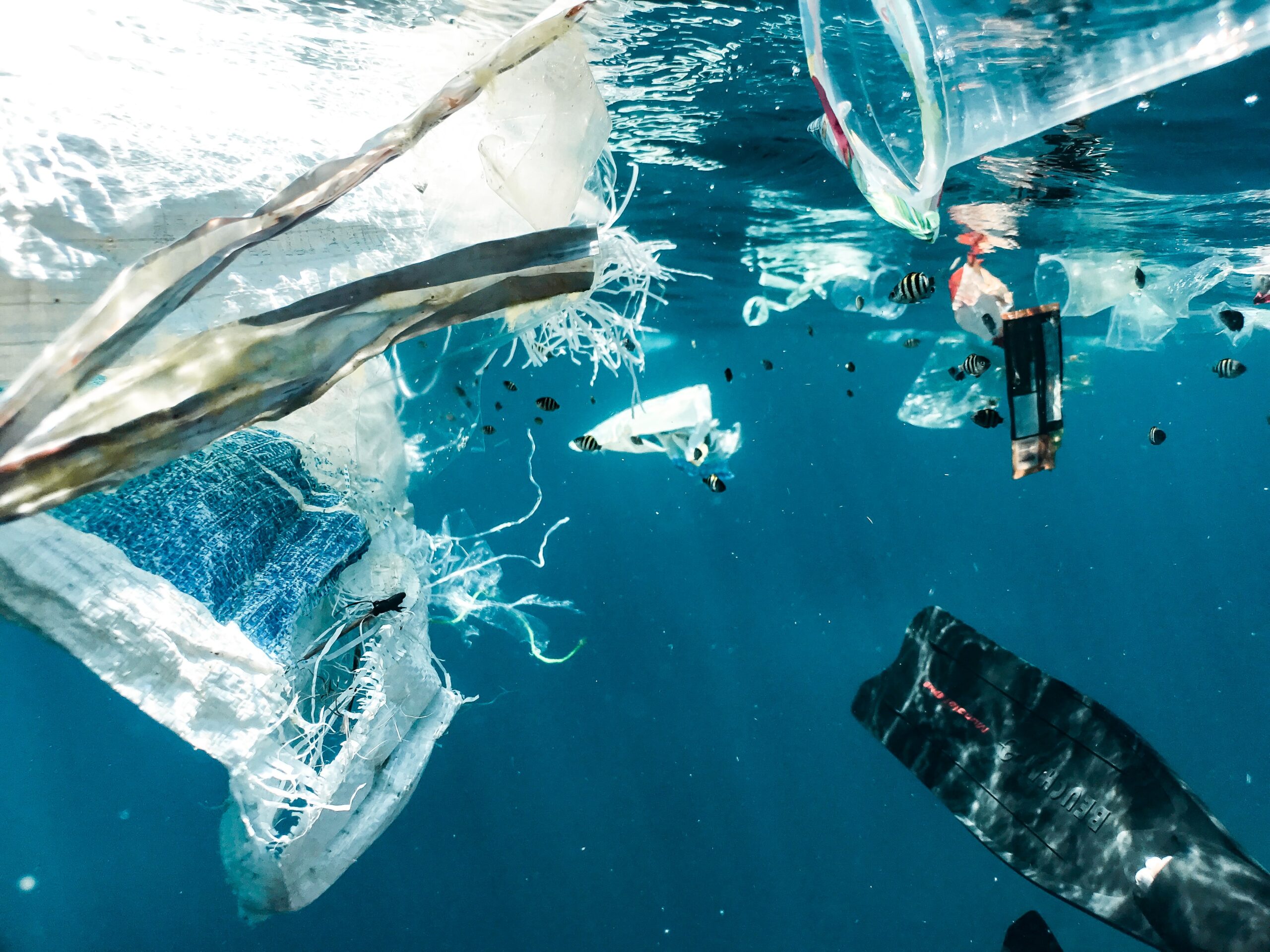 The environmental impact of microplastics

Despite microplastic release having been first identified in the 1960s (Ryan P.G., 2015), consumer awareness of the dangers of microplastics seems to only just be catching up now. More extensive research into the effect of microplastic on marine environments has only been conducted relatively recently, but there is still no conclusive evidence of the long-term consequences; an uncertainty that could potentially exacerbate their danger since their distribution is increasing. However, what is certain is the geographical range of microplastics; they are everywhere. Microplastics have been found in; a multitude of species, deep oceans, the Artic, the air we breathe and the water we drink, just to name a handful. It is there that they will stay and accumulate, since microplastics are not biodegradable. It could take hundreds or thousands of years for them to break down which highlights the importance of exploring ways to actively reduce their abundance in the environment.

Microplastics come in different shapes, sizes and appearance, all of which influence how toxic they are to humans and the environment; thus making it difficult to assess the extent of their harm. Up until recently, research has focused on larger plastic items rather than microplastics, with the former widely known to cause entanglement and suffocation to marine life. However, researchers have identified that microplastics certainly pose a risk too; reductions in growth, fitness, and reproduction in marine animals due to microplastic ingestion have been observed (Horton et al, 2017), as well as the potential for microplastics to be carried further up the food chain and cause long-term damage. A lot of these problems will stem from marine life mistaking the microplastics for food, which can directly harm them, or indirectly cause them to not eat enough food. In addition, microplastics have been shown to act like a sponge by absorbing pollutants and chemicals, thereby transferring them from the environment into organisms. Not only is the threat of microplastics concerning, but the fact that they could be increasing the distribution of other pollutants intensifies their potential threat. 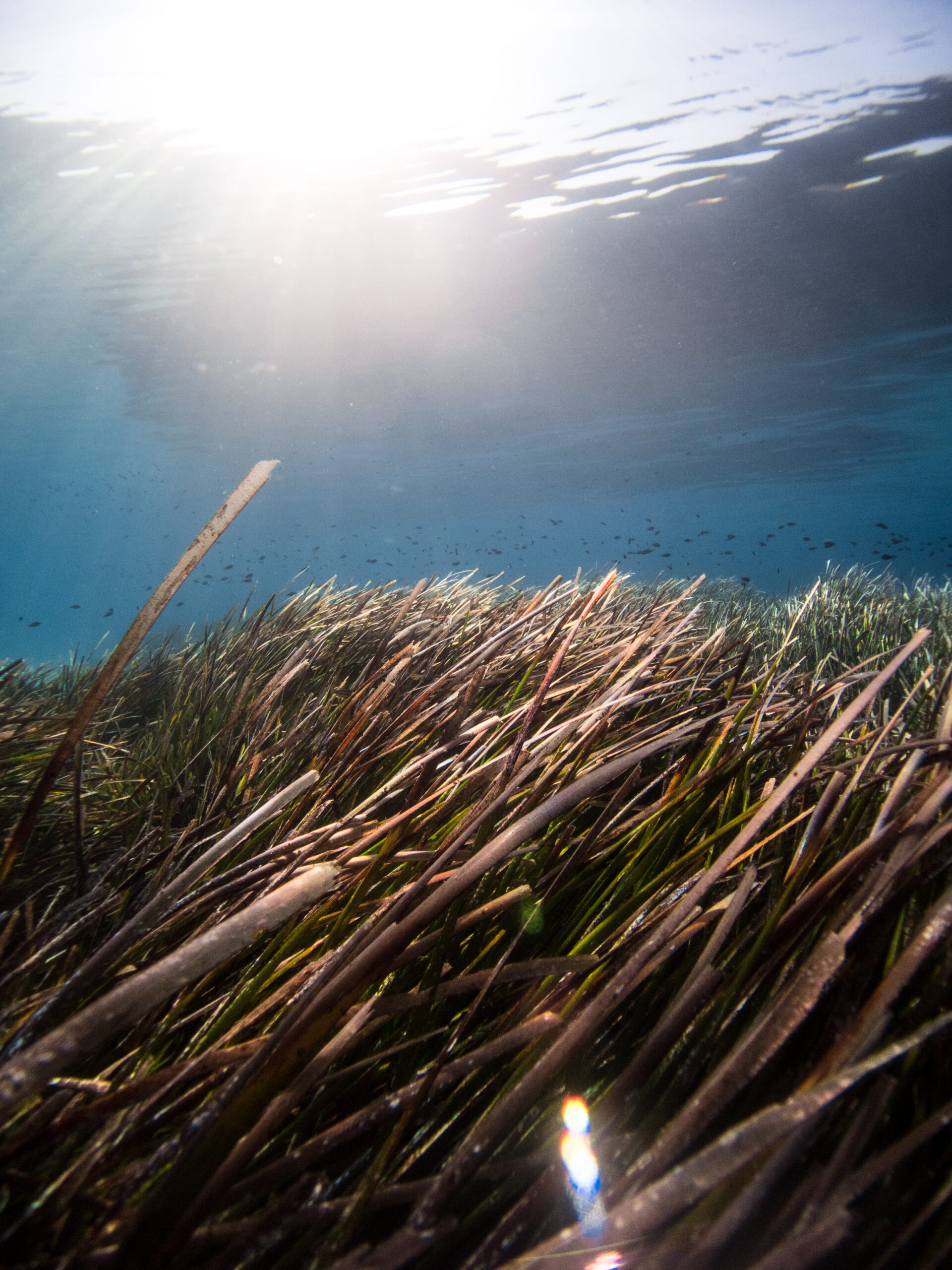 What is currently being done to reduce microplastic in the ocean? How can seagrass help?

The growing concern of the effect of microplastics has resulted in a few recent changes employed on a larger, government scale, but also on a smaller and more individual level. These include but are not limited to; the ban of the sale of products containing microbeads which came into effect in the UK 2018, the increasing efficiency of wastewater and drinking-water treatments, the avoidance of single-use plastic items such as straws and cups, recycling awareness and environmental education.

So where does seagrass come into this? A study conducted by Sanchez-Vidal et al. (2021) found that seagrass meadows promote the trapping and aggregation of large- and micro-plastics, which results in their eventual escape from the coastal ocean. The species of seagrass, Posidonia oceanica, loses its leaves in autumn. These leaves are washed up by waves and currents and accumulate on beaches. The study found up to 613 plastic items per kg of washed-up loose leaves, ultimately concluding that the plastic gets intertwined and subsequently trapped in the seagrass. The plastic is then easily identified on the beaches and can be removed by us, emphasising the importance of our role in this clean-up too.

However, ongoing declines in seagrass abundance points to reductions of this marine plastic trapping, just as we are starting to realise their clean-up potential. There is also uncertainty around the danger microplastics and large plastics pose to seagrass itself, thus it is crucial to ensure their conservation and not to view them as the only solution to plastic pollution. Further research is vital to identify; the extent of seagrass plastic trapping, the range of seagrass species capable of plastic trapping, seasonal dependency regarding the loose leaves, the varieties and limitations of plastic that can be trapped, and much more. Nevertheless, this study has identified a key trait of seagrass that could help marine life health.

In conclusion, we are responsible for the growing plastic pollution in the ocean and ultimately the devastating consequences it brings to marine life. Ongoing research, individual lifestyle changes and charitable actions are just a few of the means adopted to tackle this worrying problem, and seagrass could present a natural solution to aid in our fight. However, we cannot let seagrass do all of the work in removing microplastics from the ocean, it must be paired with our acknowledging the damage we have done, whilst continuing to find solutions and raise awareness of the novel topic of microplastics.

Lucy is a Tropical Disease Biology Masters graduate of the Liverpool School of Tropical Medicine, where she currently works as a mosquito technician. Her interest in microplastics began with her MSc dissertation where she conducted a literature review on the impact of the exposure to pollutants on mosquito fitness. Lucy has a passion for communicating science and engaging the public, especially on topics such as environmental issues.