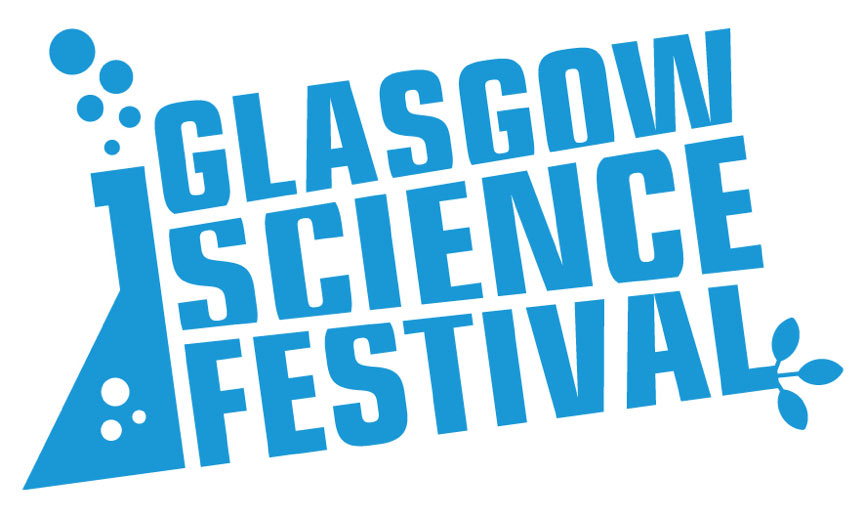 Launched in 2007, Glasgow Science Festival (http://www.glasgowsciencefestival.org.uk) has grown to be one of the largest science festivals in the UK. The festival takes memorable events to non-traditional venues across the City of Glasgow where researchers, charities and non-governmental organistations are able to engage with people, from all ages and backgrounds. This year Project Seagrass were there to help celebrate Glasgow Science Festival’s tenth birthday, as they rolled out a bumper birthday programme of events to inspire and enlighten.

BRUV videos from Wales, Greece and Indonesia were shown to highlight the biodiversity of seagrass meadows across our planet.

We were involved in the Science Sunday Big Birthday Bash which is their flagship family day, and so communicating the importance of seagrass to budding young scientists was going to be the aim of the game. With this is mind, we set up some laptops with some of our underwater video footage from seagrass meadows in Greece, Indonesia and Wales. Children loved the opportunity to witness life under the ocean, especially the swimming crabs of the Wakatobi National Park. 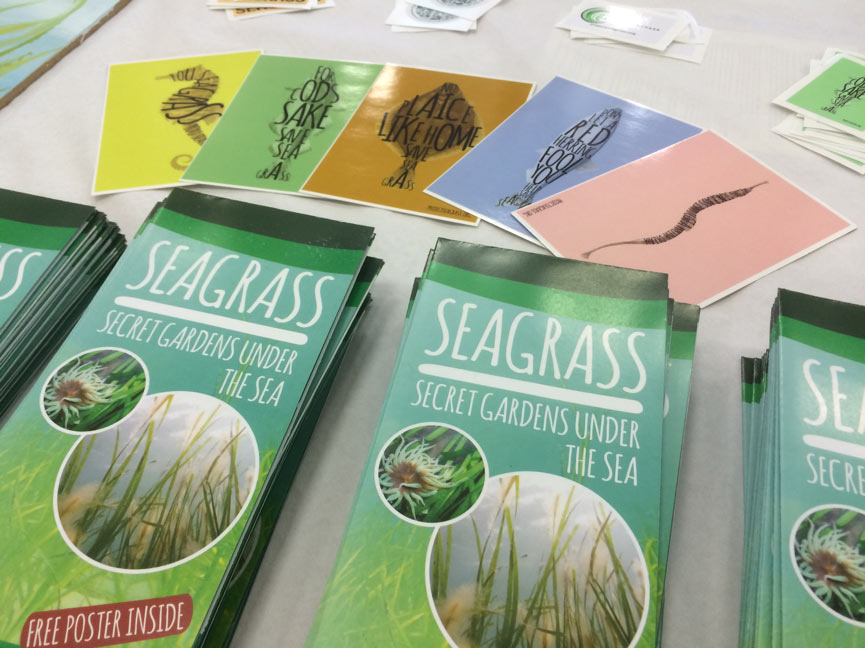 Our outreach materials were made available which went down a hit with budding young scientists!

Stickers, postcards and posters are always a hit with young folk too and so we made sure we had plenty of materials to hand out to Scotland’s next generation of marine biologists! Both the children and parents alike were also keen to touch and feel wetsuits, fins, and underwater camera equipment to get a ‘hands on’ insight into the equipment needed for conducting fieldwork. 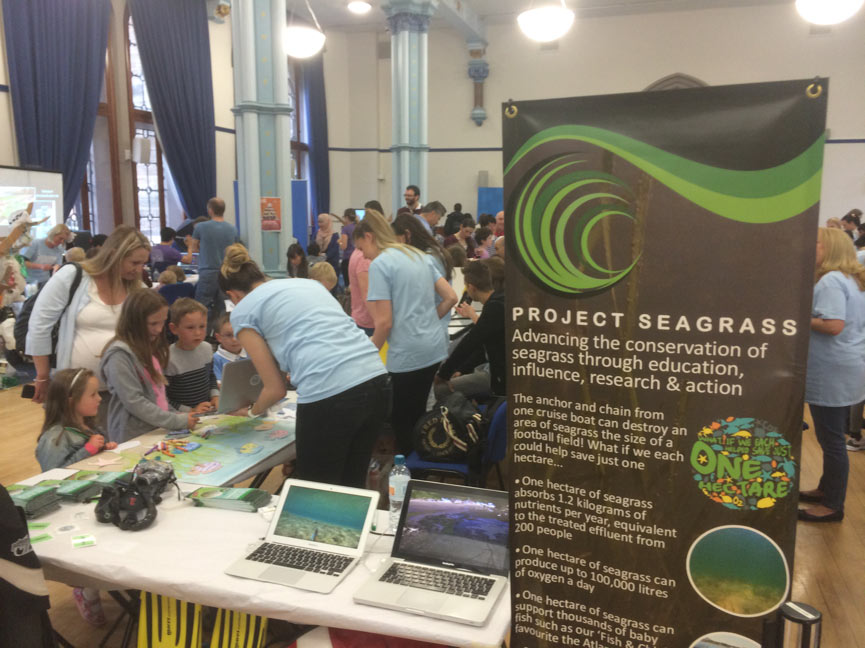 The festival was buzzing all day, testament to the hardwork of the GSF team in promoting the festival.

However, the biggest hit with the children had to be our seagrass meadow, where kids could colour in a range of fish, crabs and other seagrass beasties to stick in our seagrass meadow. We were even able to communicate the importance of seagrass as a nursery habitat for coral reefs with our fish occasionally making the journey across the hall to the Glasgow Science Festival Coral Reef! 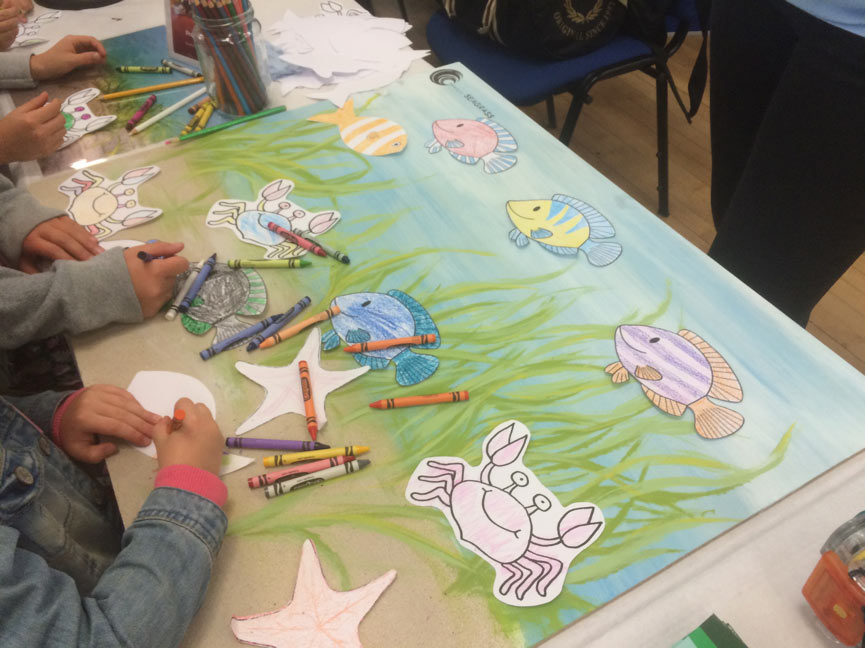 Our seagrass meadow was producing a vast amount of marine life! 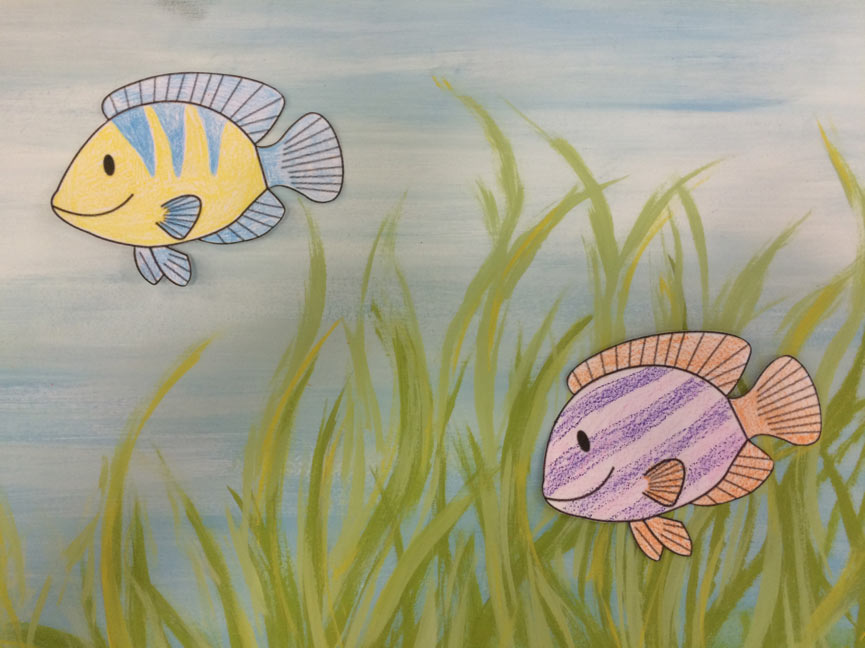 Flounder? Is that you? Do I see a bit of Disney influence in our seagrass meadow? 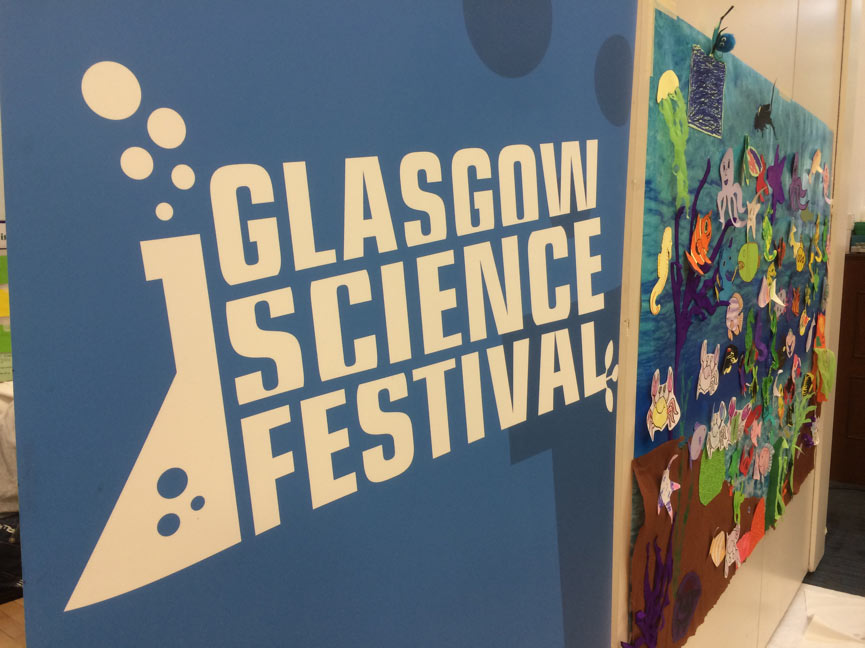 Many of our fish made the perilous journey across the room to the coral reef, I’m glad our nursery habitat was productive!

Keep up the good work at Glasgow Science Festival and see you in 2017!